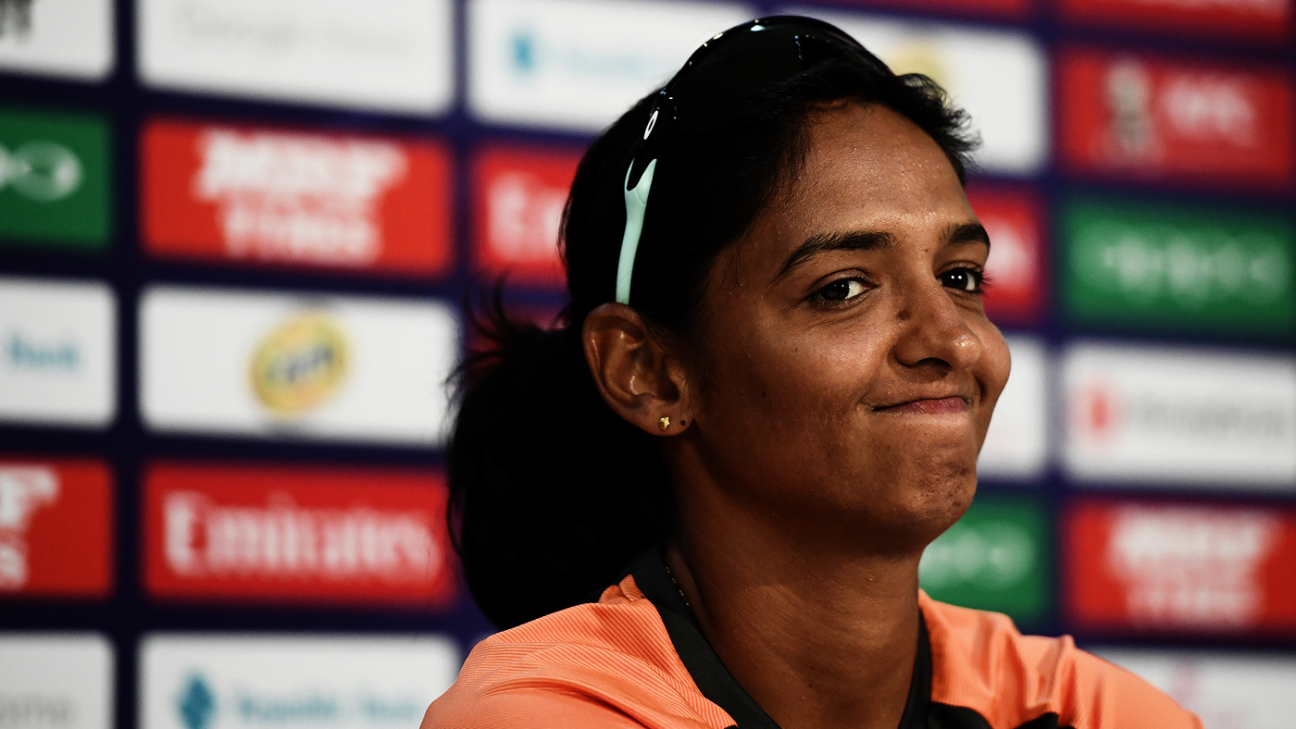 Having come close to the title in two world tournaments over the last three years, India are looking at handling pressure better at next month’s T20 World Cup in Australia by enjoying their cricket and the overall experience.

England pipped India by nine runs by England at the 2017 Women’s World Cup. A year later in the Caribbean, they were beaten by England in the semi-finals of the T20 World Cup. This time, Harmanpreet Kaur, the India captain, wants the team to focus on their skills instead of being overawed in big games.

“We were quite close in the last two World Cups, the only thing we need to keep in mind is how to handle pressure in the tournaments,” India captain Harmanpreet/a> said ahead of the team’s departure to Australia.

India aim to be better prepared this time by playing a tri-series with Australia and England, ahead of their T20 World Cup opener against the hosts on February 21 in Sydney.

“This time, rather than thinking we are going for a big tournament, we just want to focus on our skills,” Harmanpreet said. “That will be important for us and when we focus on these things, we produce better results.”India suffered form slump after that semi-final defeat in 2018. It started in New Zealand in February 2019, where they lost the the T20Is 3-0. They then lost to England at home by the same margin.

While they somewhat recovered to beat South Africa 3-1 and West Indies 5-0, their over-dependance on Smriti Mandhana, Jemimah Rodrigues and Harmanpreet hurt them.

In New Zealand, Mandhana and Rodrigues contributed 72.55 percent of India’s total runs (312 of 430 runs they made). Against England, barring one fifty across three matches, also from Mandhana, the batting was a collective failure. Shafali Verma’s arrival on the big stage, and her ability to take on the bowling upfront has somewhat eased the pressure off Mandhana. I

n the Caribbean last November, she outscored both Mandhana and Rodrigues and topped the run charts with 158 runs, including two fifties. Significantly, since Shafali’s debut, India have lost just one of their nine T20Is.”At the start of last season, we did not do well enough in few games when it came to batting,” head coach WV Raman observed. “After that it has settled down. Each one of them have had quite few good hits.

“They are all in good nick and they have also worked on their skills. Which means that you do have a fair bit of security and confidence going into this tournament, given what has happened in the last six months.”

Batting aside, India are banking on their spin-strength to tie up opponents. They’ve picked just three pacers in the squad of fifteen, with no provision for a back-up should one of them pick up a niggle.

Among the spinners, Radha Yadav (left-arm finger spin), Deepti Sharma (right-arm offspin) and Poonam Yadav (right-arm leg-spin) were in the top ten wicket-takers last year, with Radha leading the way with 21 victims at less than six per over).”Definitely (spin is the strength of the team) because our spinners are doing quite well,” Raman said. “They always give us breakthroughs whenever we need them. So I am looking forward to and how our spinners perform there (in Australia).”

There are concerns over Harmanpreet’s form. She averaged just 19 in 10 innings last year, with a best of 43. But she remains unfazed. “It is a part of the game, sometimes you do well. It is about how you deal with it mentally,” she said. “I am feeling very positive right now and very excited to see how I play in the World Cup.

“Performance is something that will never happen 100 per cent because things don’t go in your favour always and you have to accept all those things. But I am really positive and excited.”

Mohammad Hafeez cleared to bowl again after passing assessment test
Faf du Plessis gave his all to South Africa – but he couldn’t take anymore
Foakes and Jennings on the rise, Bairstow and Moeen slide from view
‘After my first Test series against South Africa, I didn’t know if I would play Test cricket again’ – Ross Taylor
Importance of counties’ Zimbabwe tours ‘cannot be overstated’ – Hamilton Masakadza