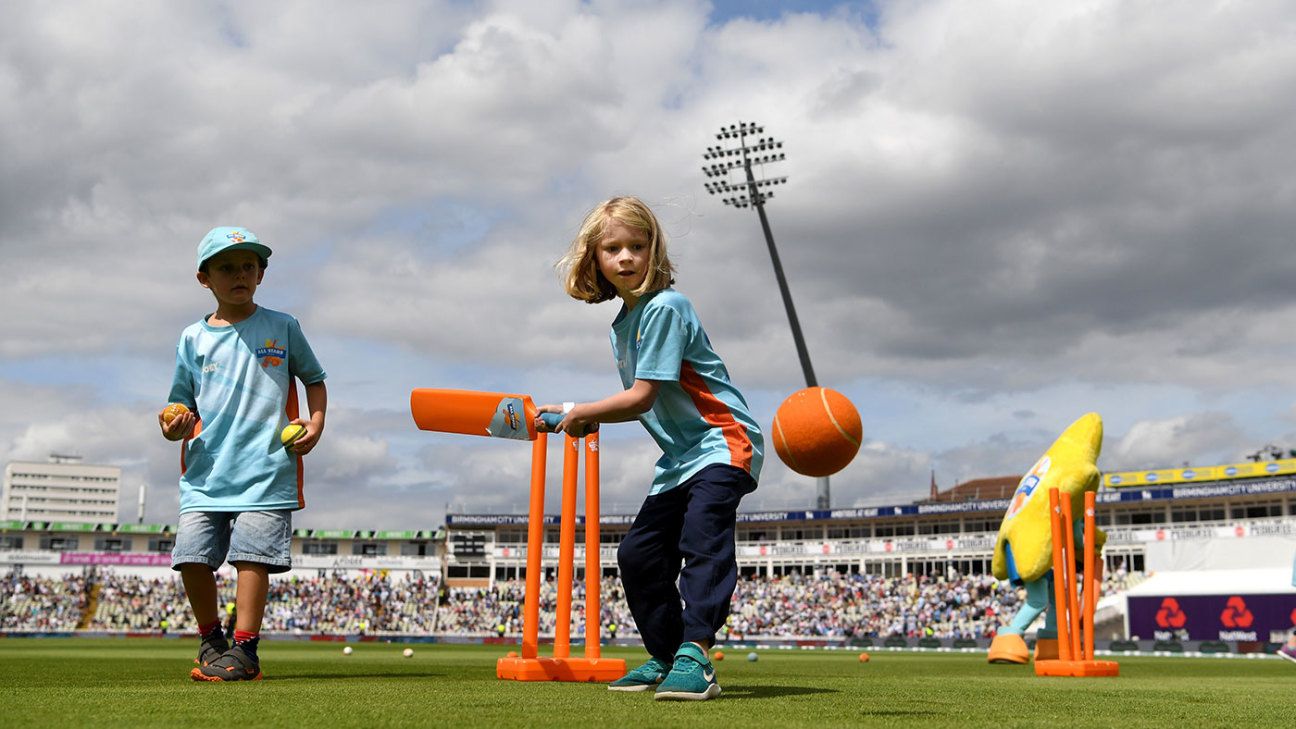 The future of cricket in England and Wales depends on its ability to reach out to people and communities that have never previously considered the sport was for them, according to Tom Harrison, the ECB chief executive, at the unveiling of the board’s strategic plan for 2020-24.

Speaking at the launch of “Inspiring Generations”, a 35-page document that places youth participation and a diversification of the sport’s traditional fanbase at the heart of the ECB’s strategy for the coming five years, Harrison also insisted that it was a “myth” that The Hundred, the proposed new competition and the source of significant disquiet among cricket’s traditionalists, has been designed solely with that new audience in mind.

“The new competition is designed to appeal to cricket fans,” Harrison said, an assertion that sought to reframe the ECB’s message of the past 12 months – in the wake of statements from the likes of Andrew Strauss, the former director of England cricket, who had said it was aimed at “mums and kids”, and Eoin Morgan, England’s one-day captain, who claimed that the point of the product was to “upset people that already come to a game”.

Mistakes had been made in the ECB’s unveiling of the new competition, said Harrison, but he believes that now was the time for the game to “come together” for the greater good.

“[The competition] addresses three key principles: time, complexity and the perceptions of cricket that are out there,” he said. “It is designed to do a certain job for a certain period of the season. The bottom line is that growth over the next few years is fundamentally important to us as a game. You cannot keep relying on the same audience … the world is changing quickly. Success in five years’ time will be people saying ‘cricket is a game for me’.”

A huge amount of the ECB’s strategy remains to be finalised in the coming 12 months, not least the sign-off for The Hundred itself, which is expected to be sent out to the 18 first-class counties in the coming days.

As yet, there are no confirmed teams or sponsors for the competition either, and while Harrison remains adamant that the best players in the world will be attracted to take part when it is finally launched, India’s captain, Virat Kohli, is already a notable sceptic.

Harrison, however, was at pains to point out that, in the scope of the ECB’s five-year plan, the new competition forms just one of 26 activities across six priorities for growth – ranging from a greater focus on women’s and girls’ cricket to the use of the 39 existing county teams (first-class and minor alike) as “delivery networks” to improve the links between the professional and recreational game.

“It’s a strategy with six key focuses, it sets a clear ambition for the game,” said Harrison. “We want cricket to grow, but we want to rely on our existing infrastructures, on existing assets. The new competition is just one of those tactical approaches. But so is digital investment. So is our women’s and girls’ strategy. These are the areas we can make a difference and grow.”

The Hundred’s greatest significance, however, may lie in what Harrison believes it has already achieved for the sport – namely luring the BBC back to the table as free-to-air broadcast partners, and persuading Sky Sports to part with the bulk of the £1.1 billion of the last rights deal – a sum of money which transformed the relationship between board and broadcaster from merely transactional to a full-blown strategic partnership.

“Before a ball is bowled, The Hundred is a profitable venture,” said Harrison, who confirmed an operational budget for the tournament of £180 million across five years. “We would not be on free-to-air TV without the new competition. We would not have the premium in the new rights process if The Hundred hadn’t been there. It’s not an afterthought.

“It’s really, really important that we demonstrate as a major sport in this country that we have the capacity to grow, and the intention to grow, and the ambition. It’s also good for business. We think we can do that, Sky agree with us, and they are helping us with that because ultimately it’s good for their business too. And the same goes for BBC. In terms of scale and reach, it’s a powerful combination that we haven’t been able to talk about before.”

The full details of how Sky’s involvement will manifest themselves from 2020 onwards will be revealed in due course. However, having spoken in the past of the transformative effects of the Sky Ride programme on participation in cycling, Harrison added that the broadcaster had committed a sum of £50 million to attracting a new audience and perpetuating the value of their investment. One benefit that is already in the offing is the distribution of free subscriptions to registered cricket clubs, potentially in time for this year’s World Cup.

Another key priority for the coming five years is to shed the perception that cricket is a sport for the moneyed middle classes. The vast majority of England’s current Test team were privately educated, while the ECB’s extensive research – dotted throughout “Inspiring Generations” – shows that more than 80% of the sport’s current spectators are white and male, with an average age of 50.

“There’s a lot more that we can do to make cricket more open to communities that haven’t felt part of it in the past,” Harrison said. “We need to shed that tag of elitism and privilege that we carry around with us. We don’t believe it’s good enough, for example, for us to be in only 22 per cent of schools. We’ve got to do more.”

The alternative to embracing a vision of concerted collective action, says Harrison, is unpalatable.

“If we didn’t do all of that, I think we might be managing decline,” he said. “I fundamentally believe we can mean more to more people. And I fundamentally believe in the power of cricket to do amazing things. A powerful sport in terms of what it can mean to people. It connects communities, inspires people, and it can change your life. That’s the purpose statement that sits behind the whole strategy.”