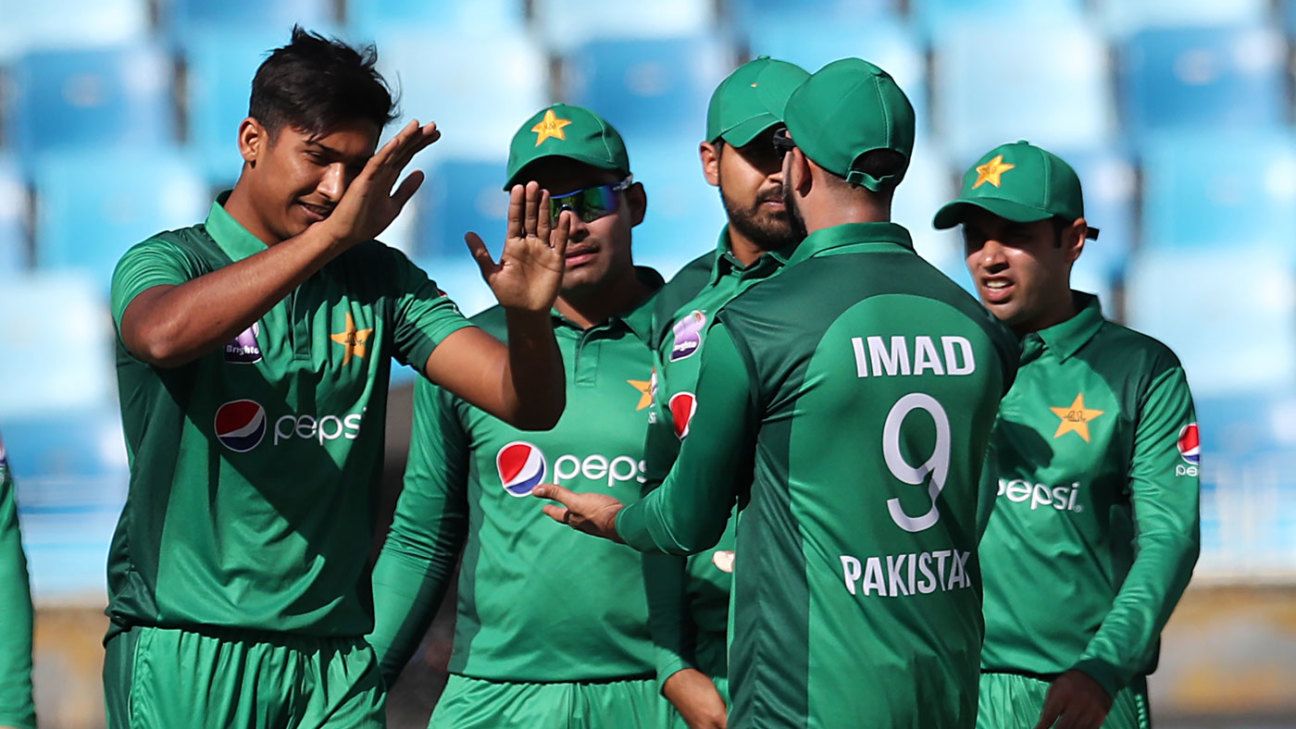 Pakistan coach Mickey Arthur said suffering a clean sweep at home against Australia “hurts us incredibly”. Addressing a press conference after the team returned home from Dubai – having lost all five ODIs – Arthur pointed to the number of players Pakistan had decided to rest, but conceded the side’s fielding and fitness fell well below the standards required over the five games.

“I think on this tour, our fitness standards and our fielding were not where they needed to be,” Arthur said. “That’s understandable when you see the likes of young Abid Ali, Hasnain, and guys like that hadn’t been in our setup before. Those that had been in our setup for a long period of time, who know what the standards are, are aware we will never ever compromise on fitness.

“All our key players are fit enough going into the World Cup. It’s our strength players, those that sit just under our setup that is worrying. How we pull those guys up to the level required is going to rest on themselves and on the structure to give them that education to make sure when they step up into our side, they are ready to perform on the level we expect.”

Pakistan’s ODI form has been a worry over the past 15 months, with the team having lost ODI series against New Zealand, South Africa and Australia in addition to a dismal Asia Cup outing in September 2018. Arthur, however, cautioned against panicking weeks out from the World Cup, pointing out Pakistan still had plenty of games to play before the tournament began.

“This series was an opportunity to rest our key players ahead of what is a very demanding schedule leading up to the World Cup,” Arthur said. “We’ve got 11 fully fledged games of cricket from the beginning of May until our first World Cup game. That includes three games against counties, five ODIs against England and then two warm-up games for the World Cup.

“So we viewed this tour of an opportunity to look at a final few places. Inzi and I had a look at the final places that we were looking to secure. We looked at the areas we wanted players. We wanted to give our next tear of players an opportunity to play at the highest level, to see what they can do. You’re only good as your bench strength, so for us, our bench strength is incredibly important.”

Arthur also pointed out that Pakistan could come away from the series with some positives, especially in the batting department. “Five hundreds across the series was the impressive thing. The fact that I think we’ve certainly found a batsman [Abid Ali], we’ve found a young quick bowler that’s going to serve Pakistan well for the years to come [Mohammad Hasnain] and probably sorted our fast bowling leading into the World Cup. From that point of view, we saw a lot of positive things. Quite a few negatives as well and those need to get sorted out and sorted out quickly.”

Arthur was more reserved about what conclusions he had reached with respect to Pakistan’s World Cup squad, keeping his cards close to his chest, but did say he was on the same page with chief selector Inzamam-ul-Haq.

“We’ll meet this afternoon. We’ve got individual plans for every one of our players,” Arthur said. “Those individual plans will evolve into the England tour, especially for the guys that we want to take [to the World Cup]. Inzi, myself and selectors will sit down in the next couple of days and start our final work towards that World Cup squad. We’ll have fitness testing around April 14 and 15, and we’ll work back on individual planning again today.”

He also had time to single out Mohammad Rizwan for praise. Until January, Rizwan had not played an international for Pakistan for over two years, firmly a back-up to the ever-present Sarfaraz Ahmed. Now, he has played 10 internationals for the country on the bounce, and was one of the standout batsmen on tour, scoring two hundreds and finishing as the second-highest scorer for Pakistan this series. But Arthur also made it clear Pakistan were in no way vacillating over the wicketkeeping position.

“We know Saify [Sarfaraz] is our captain and our first choice wicketkeeper. And he’s going to lead us into the World Cup.”