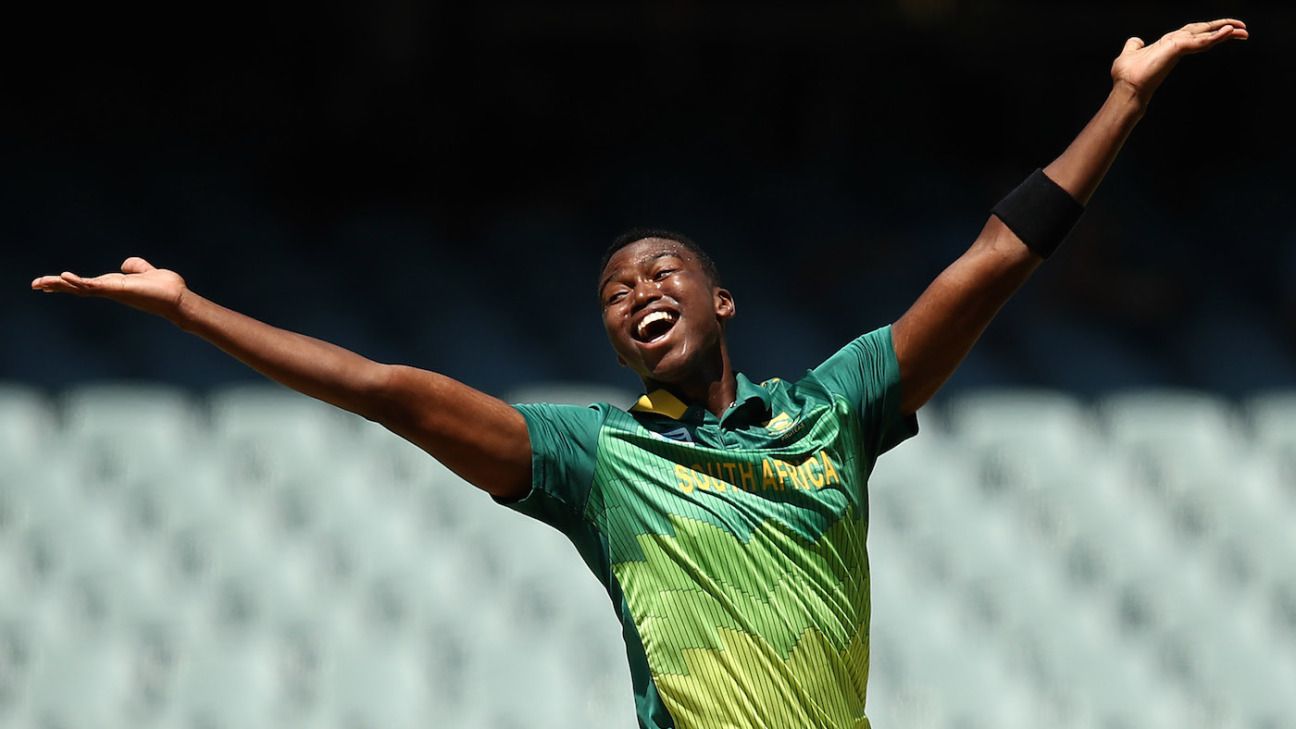 Fast bowler Lungi Ngidi, who has proven his fitness in the Momentum One-Day Cup after recovering from a knee injury sustained last year, has been recalled to South Africa’s squad for the first three ODIs against Sri Lanka. Anrich Nortje, who had hurt his ankle in the inaugural Mzansi Super League (MSL) last year, has also recovered to earn his maiden call-up to the South Africa squad.

Hashim Amla has been left out of the squad, but a CSA release clarified that he wasn’t dropped and that he “remains a senior member of our squad”. Wicketkeeper-batsman Heinrich Klaasen and seamer Dane Paterson, who were part of South Africa’s squad for their most recent ODI series against Pakistan were also left out, as South Africa look to explore more options in the lead-up to the World Cup.

Nortje hit speeds close to 150kph in the MSL and impressed the likes of Dale Steyn and Cape Town Blitz coach Ashwell Prince. Despite suffering an injury during the tournament, he was picked up by Kolkata Knight Riders for R 400,000 in the 2019 IPL auction.

Ngidi is currently the second-highest wicket-taker in the Momentum Cup, with six wickets in two matches at an average of 13.66 and economy rate of 4.31.

“It is great to have Lungi back in the squad after a lengthy period on the sidelines caused by the injury he suffered in the white-ball series in Australia last year,” selection convener Linda Zondi said. “His recent form for the Titans in the Momentum One-Day Cup has been most impressive and he is clearly match fit for international cricket again.

“Anrich has also come back well from injury and we want to see what he can offer the Proteas after his highly impressive form in the Mzansi Super League. Outright pace is not something that you can coach, and he looks another exciting addition to our pace arsenal.”

Seam-bowling allrounder Wiaan Mulder, who was a late addition into the ODI squad for the series against Pakistan, has been retained. Andile Phehlukwayo and Dwaine Pretorius are the other allrounders in the side while wristspinners Imran Tahir and Tabraiz Shamsi make up the spin attack.