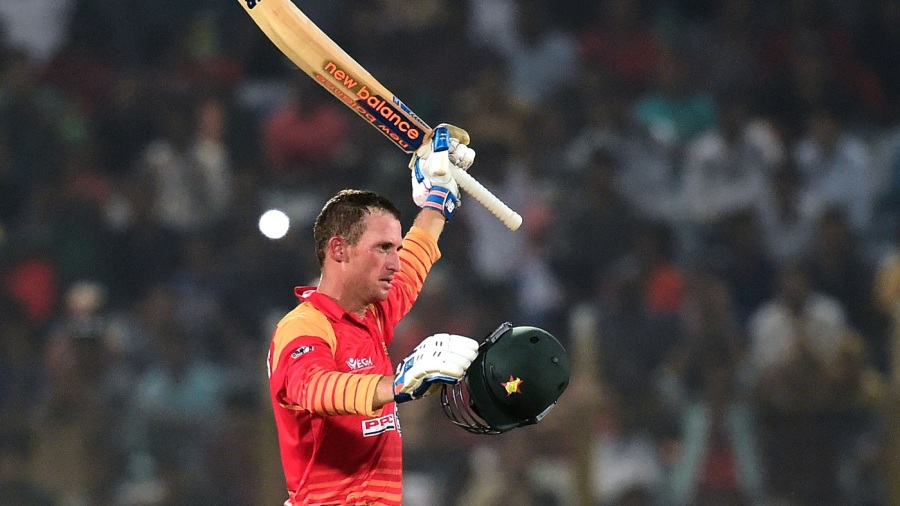 Sean Williams was not a happy man as he was presented the Man of the Match trophy on Sunday. Singapore had upset Zimbabwe, winning their first game against a Test nation, and doing so after falling way behind in the game. Williams berated himself for staying at the wicket long enough to finish that game and questioned his team’s mental strength after they spurned the upper hand against such an inexperienced team.

Faced with the same odds on Tuesday, when they faced Nepal, who too have been making a lot of waves on their way up to international cricket, Zimbabwe began poorly once again, slipping to 38 for 3 in five overs. But out walked Williams and by sheer force of will took control of the game. He hit 53 off 35 balls with four fours and three sixes to drag Zimbabwe up to 160 for 6 and that was plenty more than enough.

Williams himself was the one ensuring that, taking the new ball and striking in the very first over. His left-arm spin took care of both Nepal openers and by the time he took his third wicket in four overs, the opposition was 111 for 8, way off their target with time running out. After securing their second win in three matches, Zimbabwe are now back on top the T20 tri-series table and will face Singapore again on Thursday.