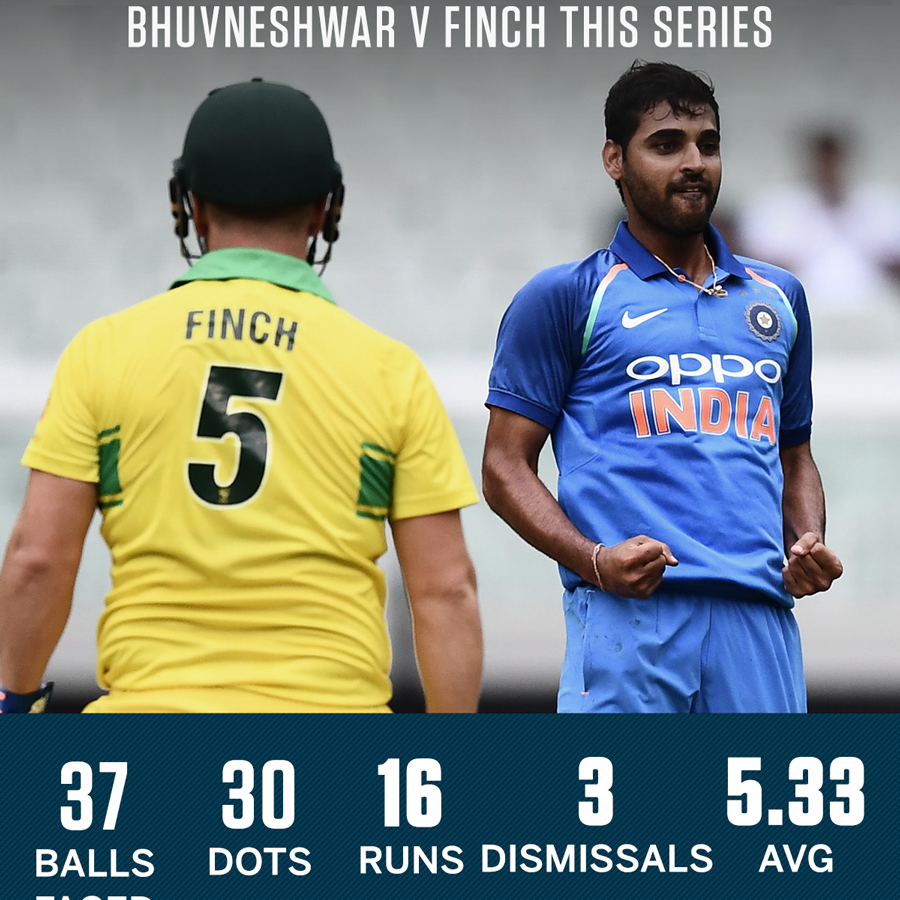 Aaron Finch is having a season to forget and is now on a run of one half-century in 23 international innings across all formats. He has admitted he needs a break, but at the moment that won’t come until April after the away series against India and Pakistan.

His ODI summer ended with a tally of 83 runs in six innings against South Africa and India and it came to an end in a manner that has become very familiar in this one-day series: dismissed by Bhuvneshwar Kumar. Here’s a recap of a contest that has only gone one way.

Bowled ‘im, through the gate! This one nips back in off the length, Finch again wasn’t sure about his footwork, gets half-forward, leaves the gap between the bat and the pad through which the ball sneaks in to hit the off stump. That’s also the 100th ODI wicket for Bhuvi

Bowled him! Not the greatest shot Aaron Finch has played. This one’s full, and Bhuvneshwar gets it to swing back in late. Finch goes for the big booming hit over mid-on, and only manages an inside-edge into his stumps. That shot was a result of all the pressure Bhuvneshwar and Shami have created with their lines to Finch. They’ve given him nothing in his areas today

And after all that, Bhuvneshwar has his man. Finch’s hardwork comes to an end. It’s the inswinger again. It’s given him a miserable time and continues to do so. He’s way forward and crouching to defend but the ball finds a way to nip in and hit him on the kneeroll.

After this match Finch will be available for Melbourne Renegades in the Big Bash. Whether he regains form or not, it won’t be long before battle is rejoined with Bhuvneshwar when Australia travel to India in late February.