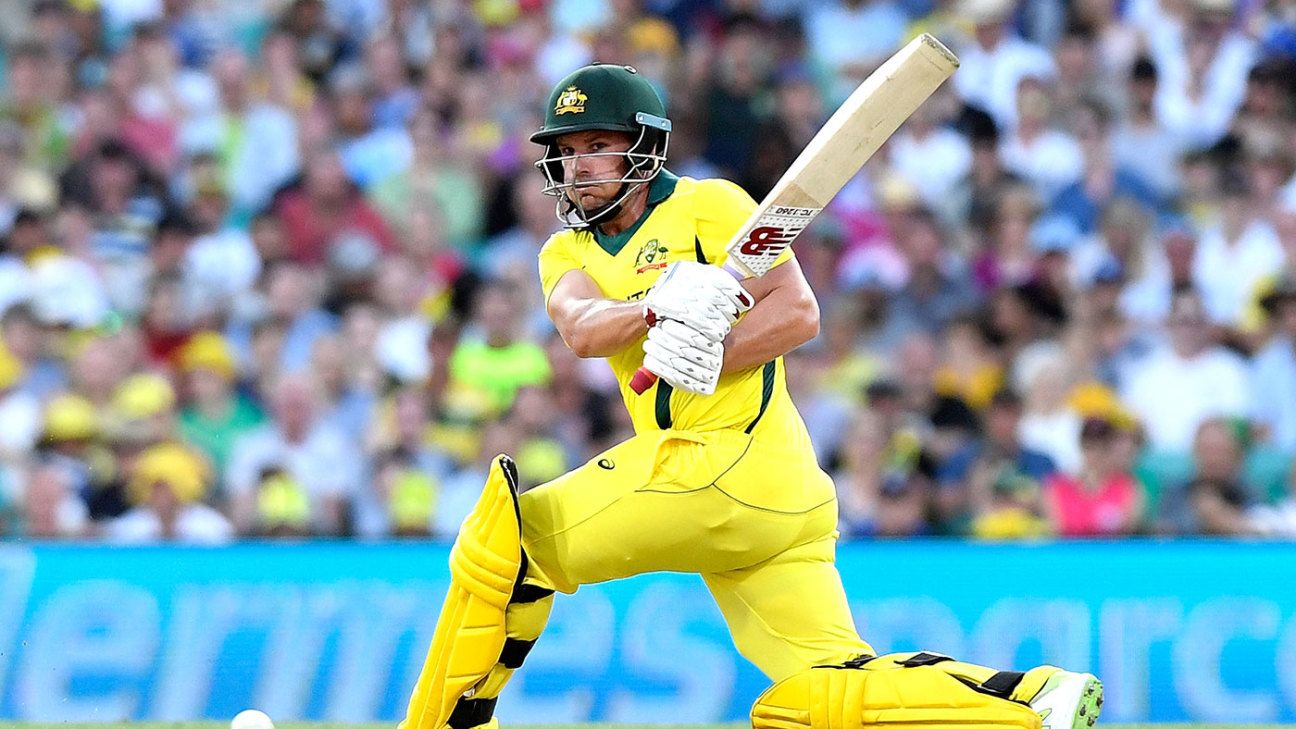 Australia’s ODI captain Aaron Finch has spent the last few days reminding himself that he is “still a very good player” ahead of the series-decider against India at the MCG on Friday.

Finch has struggled at international level over the past six months. Since scoring a stunning record 172 against Zimbabwe in a T20I in Harare in July, he has averaged just 18.48 in 26 innings across formats, with just two half-centuries, both in Tests. In the ongoing series, he has been bowled twice for 6, having faced 11 and 19 deliveries respectively in Sydney and Adelaide.

“I’ve had a chance to go back and have a look at some footage and see what’s worked really well when I’ve got hundreds for Australia and felt like I’ve been playing really well,” Finch said. “It’s just about making sure that I give myself the best chance.

“Maybe I’ve been too tentative in the last couple of games, letting a bit of pressure build up. It’s always a fine balance between attack and hanging in there and waiting for the right time to sort of be aggressive and take on the game. I still feel I’m a very good player. I think 13 international hundreds suggest that I do know what is required.

“It’s just a case of getting through that initial part and probably looking to put a bit of pressure back on the bowler. I think at the moment I’ve just been a little bit tentative in my thought process and in my footwork at times. I think it’s just about going back to my natural game and just letting that flow and finding the right rhythm.”

The schedule has been unrelenting. Since Finch was selected for the Test tour in the UAE, he has played 42 days of cricket out of 111, travelling to 15 cities across two different hemispheres, with seven format changes. He has also been captain for 14 of the 21 matches. Virat Kohli, who plays as much cricket as any international player, has played 16 matches and had five format changes in the same period. Finch is clearly in a need of a break and some respite is coming given he is not going to play in the IPL this season.

“April is going to be some time off, which is a month off after the Dubai series (ODIs against Pakistan), before we head up to Brisbane for a camp before the World Cup,” Finch said. “So that’ll be the first real long break that I’ve had in a long time. That will be an opportunity to go on a quick holiday with my wife which hasn’t happened in the five-and-a-half years we’ve been together. It’ll be nice.”

But in the meantime, he still needs to find some form in the final ODI on Friday, as back-to-back ODI tours to India and the UAE loom large as important preparation for Australia’s World Cup hopes. He will also have some BBL cricket ahead of the India tour.

“India at home and then away followed by Pakistan in the UAE,” Finch said. “It doesn’t get much tougher than that in terms of conditions and opposition. After this series it’s just a bit of Big Bash. The Renegades schedule has a few breaks in it as well which will be really crucial. Just a time, like I said leading into this series, to recharge and just get back to getting out there and trying to slog a few around.”

Aside from his own form, Finch was extremely positive about the way Australia played in the first two matches despite losing in Adelaide. Australia has made two changes for the series decider at the MCG. Jason Behrendorff has been rested to manage his ongoing back issues, with Billy Stanlake coming in, while Nathan Lyon has been replaced by legspinner Adam Zampa.