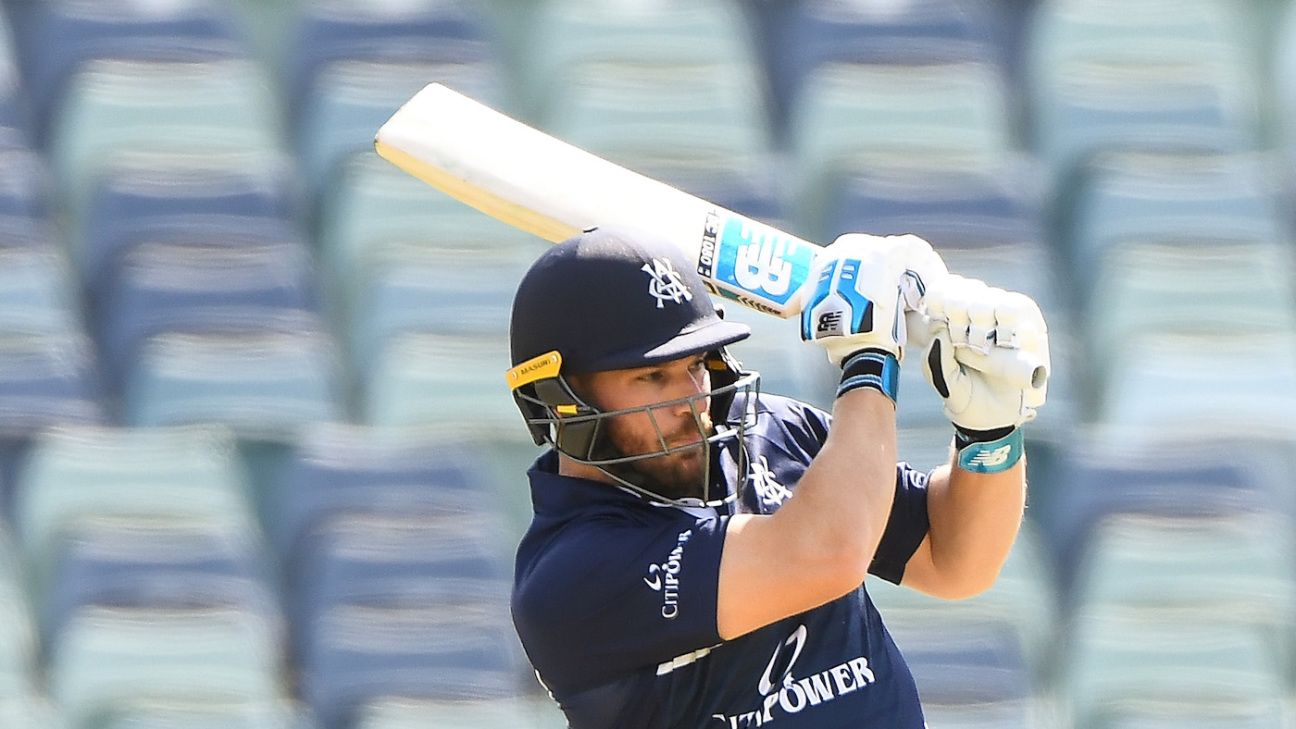 Australia limited-overs captain Aaron Finch is battling a side strain and may not play for Victoria in the Marsh Cup ahead of Australia’s opening T20I against Sri Lanka in Adelaide next Sunday.

Finch did not play in the Sheffield Shield clash against Western Australia which started on Friday despite flying to Perth with the squad. He suffered what was initially diagnosed as back spasms during the opening Sheffield Shield match against South Australia in Melbourne last Friday while batting.

But in an interview with 6PR radio on Saturday, Finch revealed he is struggling with a side strain and is in doubt for Victoria’s one-day match against Western Australia on Wednesday.

“It’s actually a little side strain,” Finch said. “It started out as a little back niggle and it’s just a little tear in my side. So hopefully not too long. It’s been a week since I did it.

“Hopefully I’ll be back pushing to be touch and go for the one-dayer on Wednesday against WA but hopefully ready to go on Sunday for the T20 against Sri Lanka.”

Finch was unsure how it happened but he did not think it was related to any of his back issues in the past.

“It could a combination of a lot of things,” Finch said. “Recently having flown a bit, playing quite a bit. With the Shield game in Melbourne, sitting down for a day and then coming out and trying to slog a few over the rope doesn’t help either. It can be a combination of things but hopefully, there’s nothing too serious or nothing related to my back. I haven’t had too many issues in the past. Just a few niggles here and there.”

Australia plays six T20Is in 12 days against Sri Lanka and Pakistan starting next Sunday in Adelaide. As a result, Finch will only play for Victoria in the Marsh Cup clash on Wednesday if he is confident his side has fully healed.

“That will be a combination of myself and the medical staff with an eye to the T20s of course,” Finch said. “If it progresses well this week I’ll play. If I can still feel it and it’s a little niggle there I think the medical staff will probably take the conservative route. It could the morning of the game that that is decided or it could be the night before. We’ll have to wait and see.”