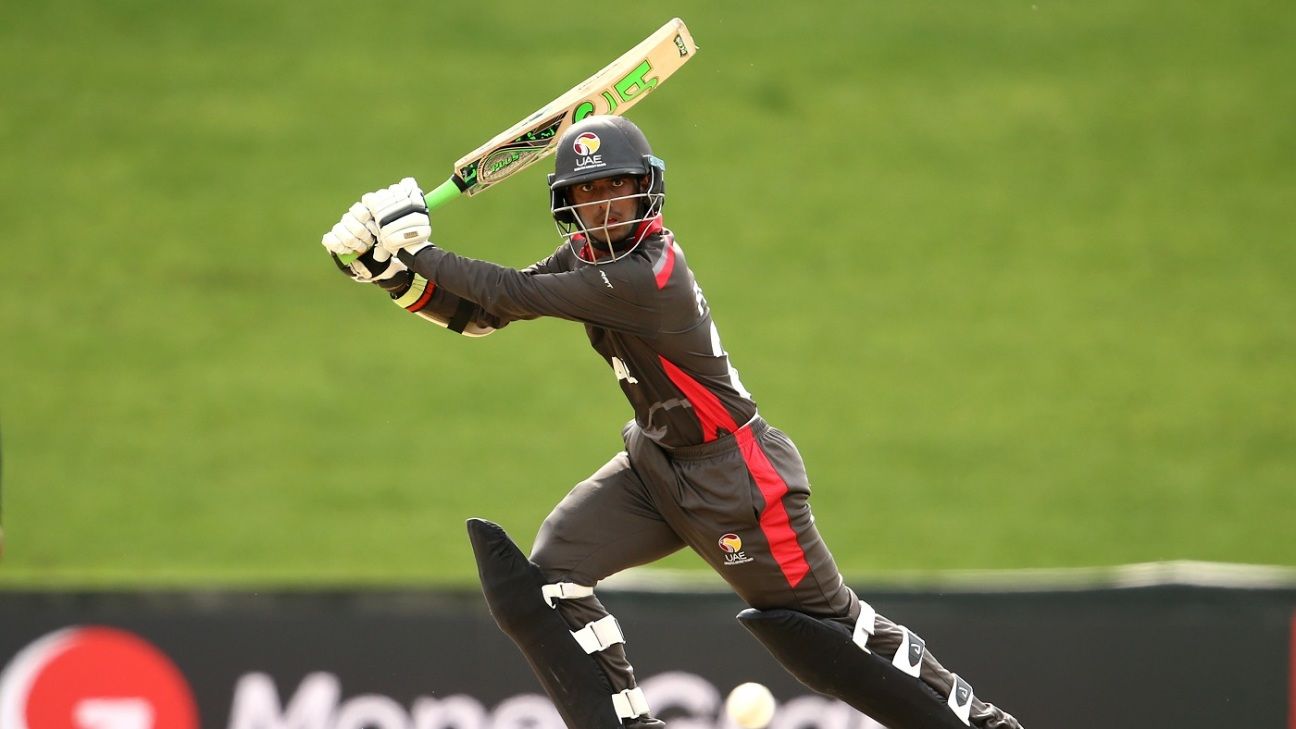 UAE opener Figy John scored this Under-19 World Cup’s first century, a thoroughly smooth, 101-ball 102 that helped his side beat Canada by eight wickets in Bloemfontein. The 18-year old, who had last year played with the senior team in ODIs, was at the crease from start to finish as a chase of 232 proved quite straightforward. UAE benefited from an all-round performance from their captain as well, Aryan Lakra picked up 2 for 39 in 10 overs and returned as opener to score a half-century as well.

Canada had a solid performer in their top order as well – Mihir Patel scored 90 off 105 balls – but they couldn’t take advantage of it due to a couple of mini-collapses. Their score, after being put in, lurched from 133 for 1 to 137 for 4 in the middle overs and then from 220 for 5 to 226 for 8 at the end. Patel did his best, hitting nine fours in his innings and contributing nearly 40% of his team’s total, but it wasn’t enough.

New Zealand dominated the contest against Japan with openers Ollie White and Rhys Mariu scoring fairly quick half-centuries but the rain in Potchefstroom allowed for only 28.5 overs of play. The match was abandoned thereafter with both teams sharing a point each.