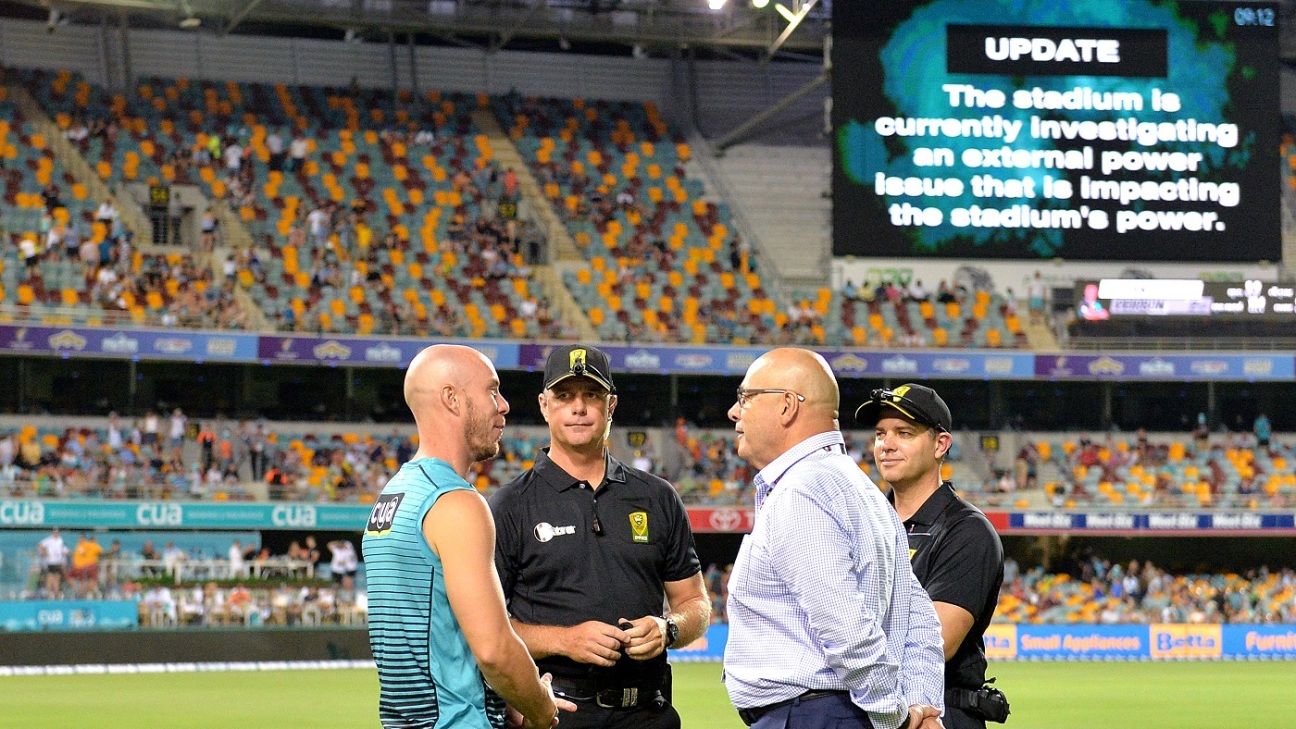 Sydney Thunder’s Callum Ferguson is hopeful his side gets full points out of the no-result in Brisbane on Thursday. The game was called off with Brisbane Heat in trouble at 2 for 10 in three overs, chasing 187, after two of the Gabba’s floodlights failed due to a power outage.

Points were split, one apiece, between the sides, meaning the Thunder were denied what seemed like a prime opportunity to go second on the points table. Ferguson told Fox Sports after that game that he hoped the team would be awarded two points in hindsight, given their dominant position in the game.

“It’s enormously disappointing, we’ve felt like we’ve dominated the fixture for 23 overs and then the lights go out,” Ferguson said. “It’s a pretty frustrating situation, we’re hopeful that at the end of it all we’ll hopefully get the full points out of the game, but it’s hard to know at this stage.

“Obviously they’ll be a lot of water to go under the bridge in the next few days.”

Both Ferguson and the Thunder’s coach Shane Bond said they felt the light available to them from the light towers which were still working was enough to keep playing in – bowling only spin – but the umpires disagreed. As per the laws, if the Thunder bowled two more overs, getting to the five-over mark, it would have constituted a completed game. Then, the result would have been determined via the Duckworth-Lewis method, making the Thunder favourites after the Heat’s poor start.

“We felt like the light was good enough for us as fielders to be able to keep playing,” Ferguson said. “Obviously it’s a bit darker than normal so we did suggest we could just bowl spin, we were happy to concede that.

“I’m not sure with what happened from the discussions there, I wasn’t involved in them but from our side of the fence we were keen to get something happening.”

While waiting to see if the lights came back on, Bond had reportedly said similar things: “We think it’s safe enough to play. We said we’d bowl our spinners because we want a game of cricket – obviously we’re in a stronger position. The umpires have said… we think it’s unsafe.”

The Cricket Australia website quoted a CA spokesperson on the incident, saying: “This is being looked into as a priority. Further updates will be provided in due course.”

The power outage was not confined to only the Gabba, but affected a significant part of Brisbane.