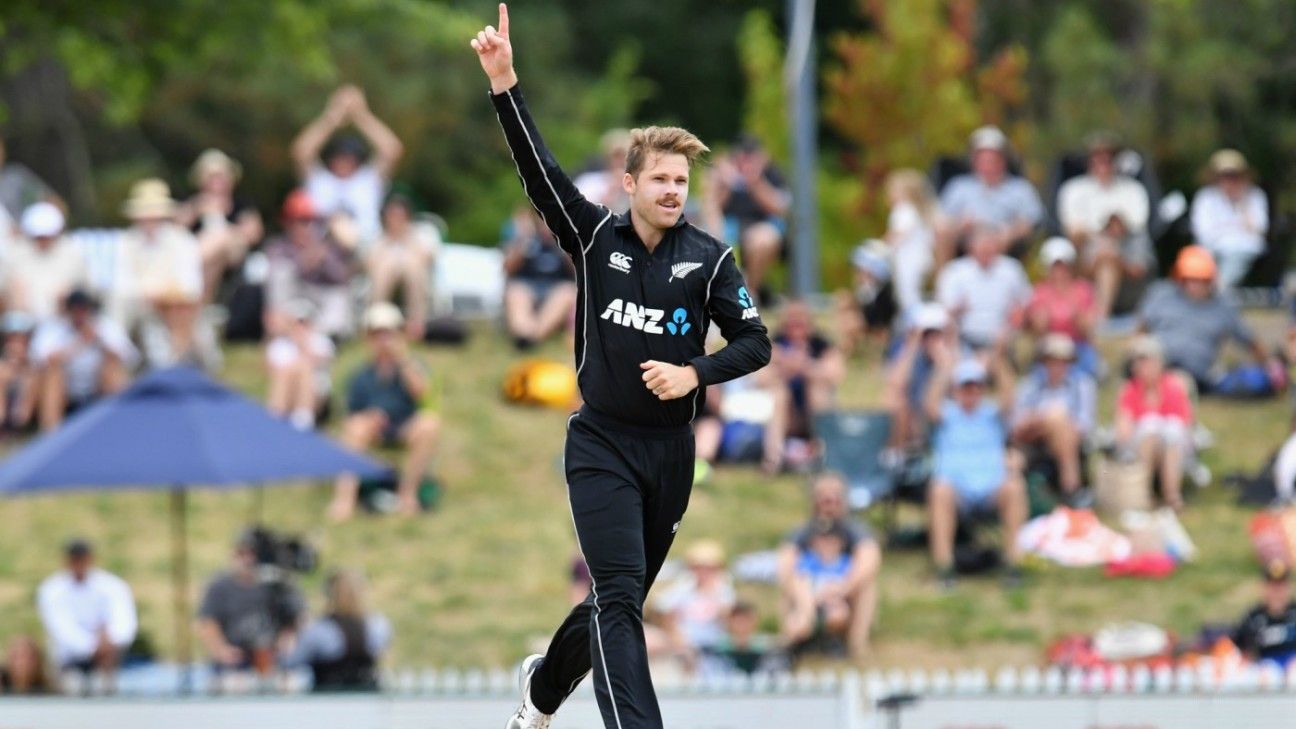 Lockie Ferguson is building towards becoming New Zealand’s answer to finishing well with the ball in ODIs. In the two ODIs against Bangladesh in the current series, Ferguson has not just picked key wickets but has also used his pace variations well to keep the Bangladesh batsmen guessing.

In the second ODI in Christchurch, he bowled four overs in the death and conceded only 12 runs and took two wickets, of Sabbir Rahman and Mohammad Saifuddin, in his overall figures of 3 for 43 in 10 overs. In the first ODI in Napier, Ferguson’s last over, the 48th of the Bangladesh innings, was a maiden wicket, with the dismissal of Mohammad Mithun, the top-scorer of the innings.

New Zealand will welcome someone like Ferguson given their recent unimpressive performances in the death overs in ODIs. In the last two years, they have conceded at 7.52 runs per over in the last ten overs, the same as Australia and only lower than West Indies and Sri Lanka. Teams like India, Pakistan and Bangladesh have conceded at less than seven runs per over in the last 10 overs in the same period. Ferguson has also been New Zealand’s most effective death-overs fast bowler in 2019.

“We have some of the best swing bowlers in the world but swinging the new ball isn’t my strength,” Ferguson said. “My position comes after them as a first-change. I have been working on my death-over options. It can be tough in one-day cricket to look for wickets through the middle. When guys soak up the pressure a bit, I am probably less aggressive.

“I think [taking wickets] is part of my role, for sure. To be a bit of an aggressor and create chances. But by no means do I have a free role to go for plenty of runs. I think that still a big part of my work is to create the opportunity and also be economical. One-day cricket is about restricting runs. I enjoy the role and it has been going well for me in recent times.”

Ferguson said he enjoys being part of an attack that always looks for wickets, which has helped them bowl out Bangladesh for 232 and 226 in the two games so far. “Ever since I have come into the team, we have been an aggressive side with the ball. If we are always trying to take wickets, we will bowl teams out. I think that’s the mindset of all the bowlers today. It is exciting when all the bowlers are taking wickets. The whole squad is stepping up.”

Given his express pace, Ferguson also wants to keep himself fit to keep bowling fast for a longer period. To perform in this way is a challenge, but he believes that by not focusing on something out of his control, like a place in the World Cup squad, he can put more emphasis on the matches in front of him.

“One of my weapons is to bowl quick, and I have done a lot of work throughout my career to be fit enough,” he said. “More important for me is to bowl quick for longer period of time. If you can maintain pace, bounce and aggressiveness throughout the whole innings, you can get opportunities to get wickets at the start and end as well. I pride myself on my fitness, and staying in the park throughout the full season with the speed.

“I think every player is excited about the World Cup. I am focusing on game to game. I am excited that I am showing up every game, I am focusing on that game myself. If I can put on performances that help the team, it is the key. Down the line, a place in the World Cup squad will take care of itself.”