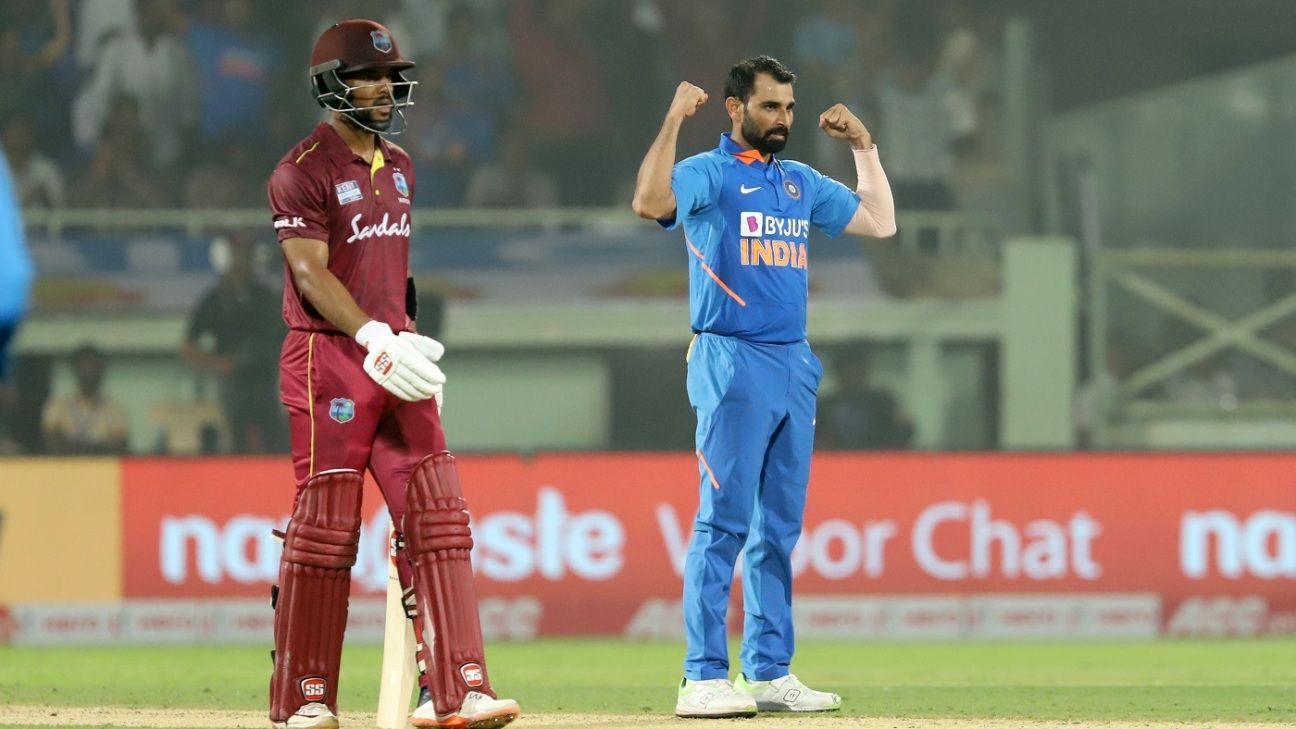 India finished 2019 on a high, sealing a 2-1 victory over West Indies in front of a packed crowd playing a game that see-sawed this way and that. Virat Kohli and Rohit Sharma were front and centre in a chase of 316, much as they have been all year in various formats. Both players were asked to look back at the presentation and these are their thoughts, as told to Star Sports.

Kohli: Well, it’s been one of the best years for Indian cricket, to be honest, apart from playing the cricket that we played for half an hour in the World Cup, I think apart from that it’s been a beautiful year for us. We’ll keep chasing that ICC trophy, it’s something that this team deserves, it’s something that I feel should be accumulation of all the hard work we’ve done in the last few years, and we’ll keep chasing it, we’ll have that vision in place, but I think apart from that, the way we’ve played, the brand of cricket, it’s been wonderful to be a part of it.

A lot of India’s success recently has come about as a result of their fast bowlers. Mohammed Shami finished 2019 as the highest wicket-taker in ODIs. Jasprit Bumrah is already one of the world’s best bowlers across formats. And on Sunday, Navdeep Saini joined the production line and showed great promise

Kohli: Yeah, indeed. Having a bunch of fast bowlers like this, who can just bowl out any opposition anywhere, is a brilliant thing to have in Indian cricket, something that we haven’t quite relied on in the past, but I think them taking the attention away from the spinners in India is a huge statement, so I think that’s what makes us feel that when we travel now, we have it in us to win a series, and not just one-odd Test match here and there, so I think it’s been hard work, persistence, learning the game, thinking about the game that’s got them to where they are and they deserve it fully.

Kohli was talking about India’s seamers dismantling South Africa in a three-match Test series at home. Shami and Umesh Yadav picked up 24 wickets and were a class above. That coupled with the usual runs the top order provide have made India an extremely hard team to beat

Rohit: I should be grateful of the year I’ve had. A World Cup victory there would’ve been nice. But as a team, we played some good cricket throughout the year whether in red-ball cricket or white ball cricket. The team kept together very well and every individual stepped up and put their hand up and got the team through. Personally, yes, I’ve enjoyed batting but there’s no way I’m going to stop here. An exciting year coming forward as well so I quite look forward to that as well.

The most runs by an opener in a calendar year – what a 2019 India’s Hitman has had #INDvWI pic.twitter.com/zSeSO3W2OA

I understand my batting really well and I want to play within my limits, whatever limitations I’ve got. Knowing the gameplan that you want to execute on the field is very very important and more often than not I went out there trying to do that. Even in the red-ball format, playing against South Africa, I knew it was going to be challenging. Although in India, we never saw the ball swing, it swung quite a bit in that series and it was a big challenge facing the new ball. We know the challenge will be bigger when we start travelling and we want to win games there. It’s more important than individual performances because we want to make sure we stay on top of the table.

Are India satisfied with their bench yet?

Kohli: Look, we are in the process, every series, of trying out people, see how they react under pressure, because whether people want to accept it or not, after few years we have to go through a transition again where the youngsters will have to step up, keep Indian cricket at the standard that has been set now, and it’s just about identifying those people every now and then. Once those people have been settled, then you feel like you’ve contributed to Indian cricket, you’ve left the team as strong, if not stronger than what it was when you were playing, and that is something that we’ll keep striving for.