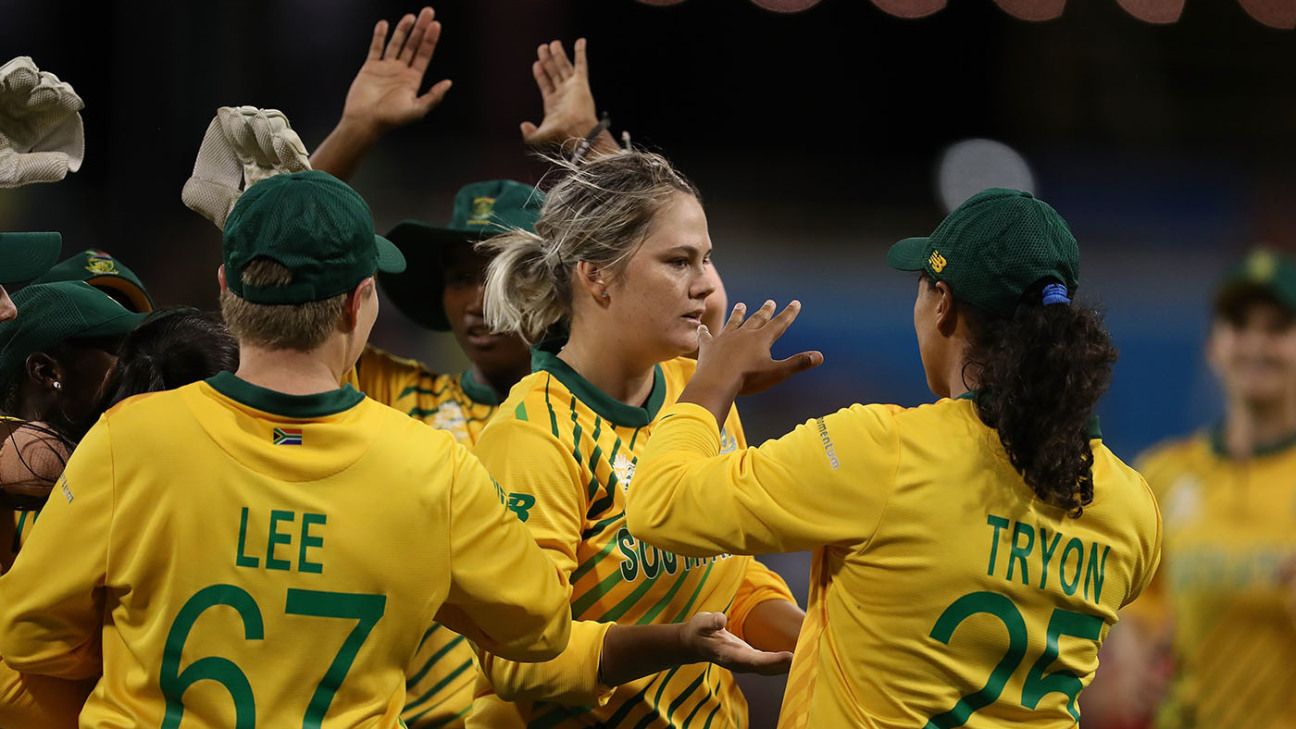 Captain of the South Africa side, one of their most consistent performers and Player of the Match in the side’s opening game of the T20 World Cup against England. Niekerk has scored 160 runs in her last 5 T20 innings. Her bowling was a slight worry leading up to the tournament, but she found form against England with returns of 2 for 20.

Another premier allrounder in the South Africa setup, Kapp also had a good game against England. She scored a 33-ball 38 and picked up 2 wickets for just 19 runs. Batting at No. 3 and opening the bowling, Kapp has all the opportunities to grab a lot of points.

Lizelle Lee Lee missed out against England but you could back her to score big against an inexperienced Thailand bowling line-up. Lee has hit the most sixes (43) and has the most fifty-plus scores (11) for South Africa in Women’s T20Is.

Chloe Tryon Tryon is one of the biggest hitters in women’s cricket. She has the highest strike rate (138.31) in Women’s T20Is among batsmen who have scored 400+ runs. She can also bowl medium-pace.

Ayabonga Khaka Khaka has only played 26 T20Is for South Africa but is already an important bowler in the middle and death overs. Her variations can deceive most batsmen and she is a genuine wicket-taker. She picked up 3 for 25 against England. In her last four T20Is, Khaka has gone for 7.33 runs per over and picked up four wickets in the death.

Nattakan Chantam Chantam is the second highest run getter for Thailand in T20Is with a career tally of 644 so far. She scored a 32 against England and proved can compete against the big teams.

Nattaya Boochatham Boochatham is an opening batsman and an opening bowler for Thailand. She is the fourth-highest run getter for the side in the T20Is (363) and their highest wicket taker (49). For an offspinner who bowls in the Powerplay, her economy is 3.6 with a strike rate of 14.4.