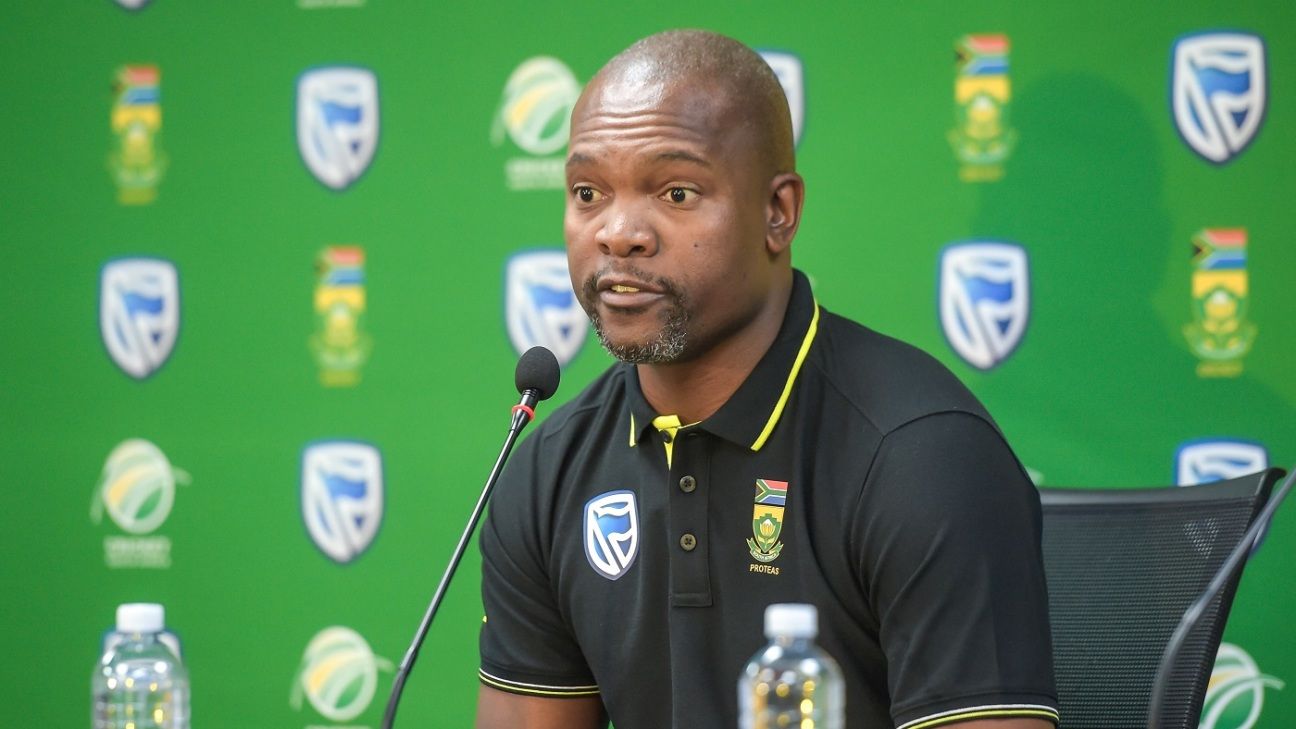 Enoch Nkwe, South Africa’s interim team director, has long been inspired by the feats of Pep Guardiola, the former Spanish football international who famously coached Barcelona to success while still in his 30s. Nkwe is 36, slightly younger than Guardiola was when he took charge at Barcelona, and is faced with what is as daunting a prospect as winning La Liga: a tour of India.

“I understand that it’s going to be a big challenge, but I strongly believe that we can really make an immediate impact,” Nkwe said at the first official press conference of his (albeit temporary) appointment. “And if it doesn’t happen, it’s not going to be the end of the world. There’s always a big picture to everything.”

Given South Africa’s recent football-style restructuring of the national men’s side, the comparison between Nkwe and Guardiola is particularly apt. “He’s on another level,” Nkwe said of Guardiola. “I’ve followed his work over the last couple of years. I just enjoy how he really backs his philosophy, his values as a person as a coach, and tries to set new boundaries and break records. That really encourages me, and when I see opportunities like this, it really excites me.

“There’s a lot of things you can always learn from different sporting codes. Just watching his growth over the years, having started coaching one of the biggest clubs in the world at the age of 37, it really did motivate me that, if he can do it, it is possible.

“More details will come out in the near future with regards to what the big picture is going to be, so that everyone can start understanding what the actual plan is going to be post-cricket World Cup”

“Certain things could take a while, and I don’t know how successful we can be in a short period of time, but I believe that we can make a quick turnaround. I strongly believe that we have the players to. But we need to identify the areas that held back the team not to perform to their full potential, and get them to perform as soon as possible.”

Time is not something that Nkwe has a lot of right now. In exactly one month, South Africa will play the first match of a tour of India that includes three T20Is and three Tests. He will have to hit the ground running, but he has at least worked with several of the current South Africa players in different circumstances, coaching Temba Bavuma and Rassie van der Dussen at the Lions, Kagiso Rabada and Quinton de Kock at the Under-19 level, and Dean Elgar with South Africa A.

The interim nature of his role – and indeed, the short-term nature of many roles in CSA’s set-up at the moment – won’t make things any easier for him. There seems to be a lot of uncertainty in South African cricket at the moment, which is perhaps inevitable in times of flux, but the large-scale reshuffles have only added to the confusion over where, exactly, South African cricket is headed. Even team selection was unclear – until today.

“I’m also the interim convener of selection,” said CSA’s acting director of cricket, Corrie van Zyl, on Thursday, by way of an explanation as to who would be selecting playing XIs on the India tour. “So I’m acting and interim. And then we have the interim team director as an interim selector. And then we also have the captain, who is not interim, as a selector. So that is currently the selection panel.”

Nkwe is at least positive about the challenge ahead and seems to have an idea about the future of South African cricket – even if he’s not giving away the details just yet. “Yes [the tour] is going to be a tough one, but there is a big picture,” he said. “More details will come out in the near future with regards to what the big picture is going to be, so that everyone can start understanding what the actual plan is going to be post-cricket World Cup. From my side, it’s very exciting, and I’m looking forward to this trip.”

Distancing himself from previous coach Ottis Gibson‘s focus on fast bowling, Nkwe drew attention to his playing experience as an allrounder in domestic franchise cricket, saying, “Talking from my experience, as a professional cricketer I was an allrounder, so I’m always open to all departments. That’s how I’ve been leading sides over the years. Really understanding different departments of a team.”

But like Gibson, Nkwe’s mandate is simple: win. “The mandate for the national team and Enoch as team director is obviously to win and be successful in India,” van Zyl said. “Very important is that the Test series is the start, for us, of the Test championship, so the mandate can’t be different than getting off to a good start. The appointment of Enoch as interim team director is because CSA believes that he has got the characteristics that can do exactly that.”

Nkwe certainly got the Lions to click quickly, guiding them to success in both the CSA 4-Day Series and T20 Challenge during his first season in charge. He also led Jozi Stars to success in the inaugural Mzansi Super League, and has worked in a variety of environments, including in the Netherlands and at the Global T20 Canada.

“Wherever you go, whatever environment you get confronted with, there’s always going to be certain challenges,” he said. “The last year has been very meaningful and massive in my own coaching career as a person.”

The trip to India, in charge of a team in transition, is not a suicide mission, he insisted. “I don’t feel it’s a suicide mission, to be honest. Personally, as a coach, I was asked a similar question when I took over the Lions. I strongly believe that every challenge is an opportunity for a person to thrive, or the team to thrive. It’s important for us as team management that we create that thriving environment as soon as possible.”