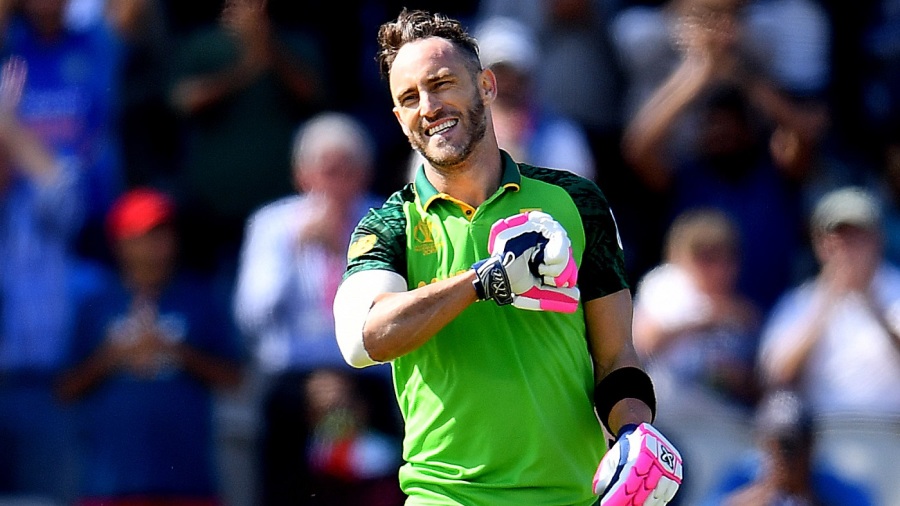 They have one foot on the plane home, and South Africa have finally turned up at the World Cup. In the final league game of the tournament, the Proteas corrected many of the mistakes that had plagued their campaign to secure a consolatory 10-run victory over Australia at Old Trafford.

Their batsmen have struggled to convert starts, yet here there were very nearly two tons scored, Faf du Plessis leading the way with a round 100 and Rassie van der Dussen backing him up with 95. Kagiso Rabada has struggled for incision in the UK, but he bounced back with three vital wickets. And where they have wilted under pressure in previous games, South Africa steeled themselves to come out ahead in the crunch moments, taking catches under pressure and weathering David Warner‘s third hundred of the World Cup to secure a winning end to the ODI careers of Imran Tahir and JP Duminy, both calling time on their one-day careers.

Twenty years on from the Greatest ODI Ever, this wasn’t quite the game it could have been had South Africa’s campaign through this tournament charted a different course. But on a day when 640 runs were scored and the final result was not decided until the penultimate delivery of the match, this was still an excellent exhibition of cricket, and du Plessis, accepting the Player of the Match award, said that South Africa’s first World Cup win over Australia since 1992 meant they would at least ” go home with a smile, a small smile”.

The result means that it’s the old firm, Australia v England, who will meet in the second semi-final at Edgbaston on Thursday. New Zealand will play India in the first semi, here at Old Trafford, on Tuesday.