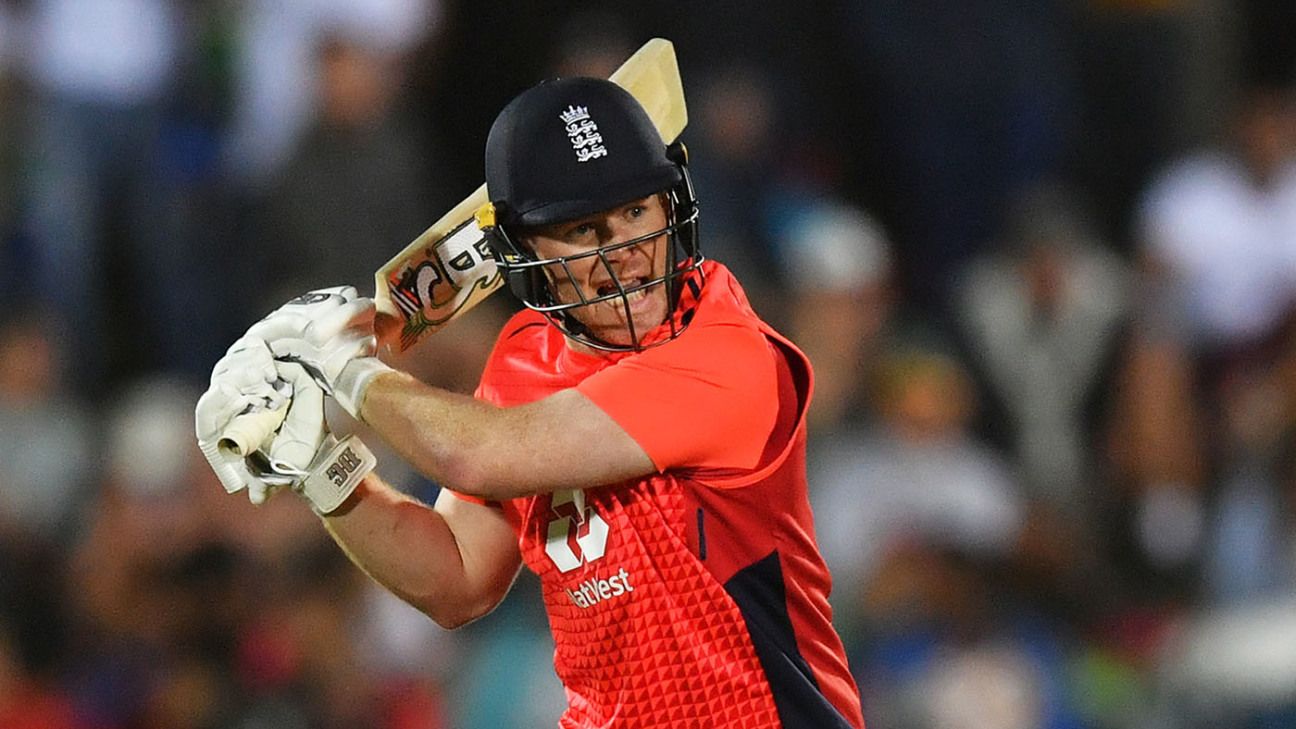 Eoin Morgan, England’s captain, backed his team to learn quickly and come back stronger after a thrilling one-run defeat in the first T20I, but added that the pressure to which his players had been exposed was a priceless experience in the final countdown to the T20 World Cup in October.

After an erratic display with the ball, in which South Africa racked up 105 runs in the first ten overs before being restricted to 177 for 8, it was England’s high-octane batting that fell apart in the closing stages, as Morgan’s own dismissal for 52 in the penultimate over allowed Lungi Ngidi to power his side over the line with a brilliant death over that yielded three wickets and just five runs.

And while Morgan was disappointed with England’s failure to get over the line, he was delighted to have been left with so much to digest, with just nine more opportunities for fine-tuning before until the T20 World Cup gets underway in Australia.

“It was an outstanding game of cricket,” Morgan said in the post-match presentations. “Experiences like this, particularly with a World Cup around the corner, are just so valuable to the team.

“I think we learn more about both sides when they get put a little bit more pressure,” he added. “Today was a fine example of that. Both teams gave it absolutely everything and left everything on the field, but in all honesty, I thought in all three departments today we could make up more than that.”

Speaking on Sky Sports, Morgan went into greater detail. “We were always in a commanding position, and we never really looked flustered until Ngidi came on in the 18th over and then turned the game on its head,” he said. “Even in a position of needing seven off the last over, with new guys coming in, we expected to win that game, but it’s a great game to play in because you get a feel for where guys are at, what skill level they can produce, and how their temperament is. So in terms of actually improving [our team], I think it’s great for us.”

Whereas England went into the 50-over World Cup as a battle-hardened outfit that had risen to No.1 in the world over the course of four years of success, the T20 World Cup offers fewer opportunities for such team development due to the dearth of bilateral T20Is. Nevertheless, Morgan pointed out that the core of the squad still remembered the sickening circumstances of their final-over loss in Kolkata in the 2016 event, and he backed the class of 2020 to arrive in Australia well placed to go one better.

“In any given any circumstance, you’ve got to have the mindset of trying to win the game and trying to be as effective as you can,” he said. “You can say [this defeat] doesn’t really matter, but I actually think it does, because when you put in performances, it gives you a huge amount of confidence, and on the back of that confidence you win games of cricket.

“Looking back on the 2016 T20 World Cup, we were beaten in the final in a dramatic fashion, but we took a lot of confidence from that tournament because we went into it as a bit of an afterthought, and learnt as much as we could. This time around, [if we learn these lessons], we’ll be in a better position to counter anything that happens.”

On this latest occasion, Morgan himself seemed to have broken the back of the run-chase in East London with a flurry of two fours and a six to bring the requirement down to a run a ball. But he holed out to deep midwicket off the final ball of the 19th over to give South Africa an opening.

“With all the games I’ve played and the experience I have, I would have liked to seen it through and I didn’t manage to do that,” he said. “But the more games I play, the more I back myself to be there at the end. I’ll still continue with the method that I play and hopefully contribute to some more wins.

“But for the last few years I’ve been really enjoying my cricket, and the majority of that is down to the guys I play with,” he added. “They are a great bunch of guys, and we’re learning a huge amount from each other. The backroom staff contributes huge amounts, they are always provoking thoughts and are very inquisitive, so it’s been thoroughly enjoyable.

“One of the big things in our change room is that we learn quite quickly from each other,” he added. “We’re very open and there’s no massive egos around. It’s okay for guys to say ‘I struggled today, what did you look to do, and how were you effective? Teach me.’

“There will be a bit of a look back at the footage in the next 24 hours, but full credit to South Africa, they clawed their way back into a game that I thought we should have easily won, but we didn’t, so fair play. We’re going to have to try and negate Ngidi’s slower ball because it was very effective on this wicket.”

Morgan confirmed that England would continue to play their strongest available XI for the remainder of the series – unlike the mix-and-match approach they took to the ODIs – as they continue to fine-tune their plans before October.

“We want guys to get absolute clarity in their positions, particularly from one to seven,” he said. “In the middle, at the end, in the Powerplay, whatever the circumstance might be … we want guys to feel as comfortable as they can. And to be exposed a little bit as well.”