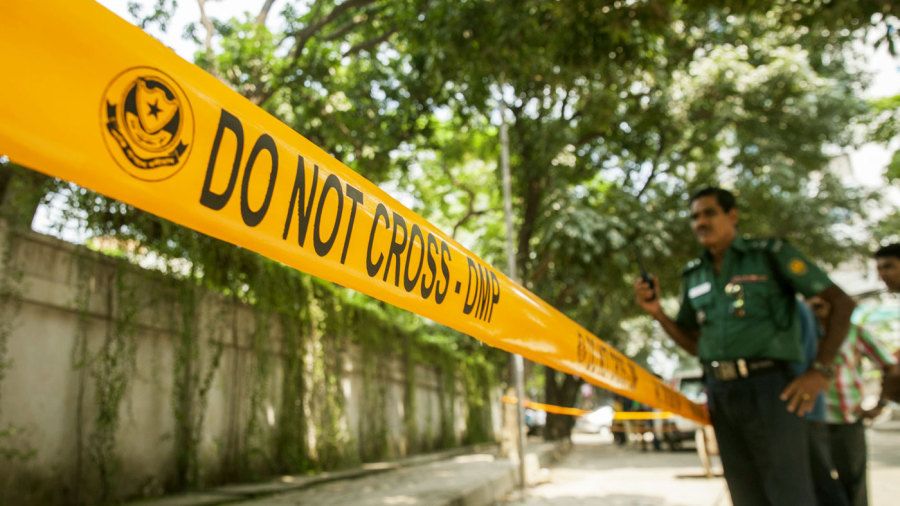 Former India women’s coach Tushar Arothe has said he is innocent and has not been involved in any betting-related activity. He was arrested on April 1 by the Vadodara Crime Branch along with 18 others in relation to an alleged IPL betting ring, before being released on bail. He continues to be under investigation.

Arothe was arrested from Cafe Stock Exchange, a restaurant co-owned by his son Rishi – who plays for Baroda in domestic cricket – in Alkapuri, a neighbourhood in central Baroda, on Monday evening during the IPL match between Kings XI Punjab and Delhi Capitals. Hemang Patel and Nishchal Mitha, the two other co-owners of the cafe, were also arrested.

According to Jaydeepsinh Jadeja, deputy commissioner of police (DCP), Vadodara Crime Branch, all the people arrested had been booked under Sections 4 and 5 of the Gambling Act. Betting in sport is an illegal activity under the Indian Penal Code, and there have been been several cricketers in the past who have faced lengthy bans for their alleged involvement in betting and related corruption controversies in the past.

Jadeja and his team went to Cafe Stock Exchange, around 8.30pm, when the Kings XI-Delhi match had already begun. Mobile phones of various people at the cafe were inspected. Equipment worth around INR 14.39 lakh was seized by the cops, including 21 mobile phones, a projector and nine vehicles.

The case is of particular significance because of Arothe’s profile. Arothe, the first Baroda player to play 100 Ranji Trophy matches, was India women team’s head coach in 2017 when the they reached the World Cup final. Despite getting a two-year extension, last July Arothe was forced to step down due to discord with senior players in the team.

Jadeja said that barring Arothe, all the other people picked up during the raid were young men, mostly college students in the city; even Patel and Mitha are in their early 20s. “Before the raid we had received a tip-off of betting taking place at this cafe,” Jadeja told ESPNcricinfo. “A team of constables visited the cafe subsequently to verify and upon confirmation that something illegal was happening it was decided to carry out the raid.”

Jadeja said the people the cops booked were found placing bets on three banned mobile betting applications: Cricket Fast Love Line, Cricket Line Guru, and Cric Line. Talking to the Indian Express, Jadeja explained how those mobile applications work. “The accused were betting on these mobile apps, which are paid services. After the payment is made, a user gets a user ID and password and develops a network and bets money, making predictions on every ball such as how many runs will be scored, what will be the batting order, etc.”

Incidentally Arothe did not have any of those mobile betting applications on his phone. So, Arothe questioned why the police arrested him. “I failed to understand why I was arrested when they did not find the application on my mobile,” Arothe told ESPNcricinfo.

Arothe also said that he is not a co-owner of the cafe, which is run by three partners: Rishi Arothe, Patel and Mitha. “They have said I am a partner at the cafe. It is my son [Rishi] and his friends who are the partners. I tried to explain that, but they (the police) did not understand.”

Arothe said he had gone to the cafe to meet his friend and former Baroda team physio Usman Jujhara. As the duo were seated in the room, the cops caught Patel and others betting on the mobile applications.

According to Arothe, on Tuesday Patel admitted to the police that he had been in touch with a bookie. “We never knew that Hemang is doing this. Yesterday when he spoke in front of DCP Jadeja, I was shocked. I felt like slapping him (Patel). We never knew about it otherwise we wouldn’t have taken him (as partner).”

But Jadeja said by allowing illegal activities to take place at his business, Arothe was equally responsible. “If any person is carrying out betting on your premises, whether you are involved or not, you are responsible for what happens,” Jadeja said. In response, Arother wondered how he could be expected to know Patel was into betting-related activities. “How would we know? We cannot check anyone’s phone?”

Out on bail, Arothe attended a coaching camp for women on Wednesday. “I went for the women’s camp. I said why should I be scared when I have not done anything (wrong),” he said.

According to Jadeja, the police will carry out further investigations before filing a chargesheet, which would then shift the issue to the courts.