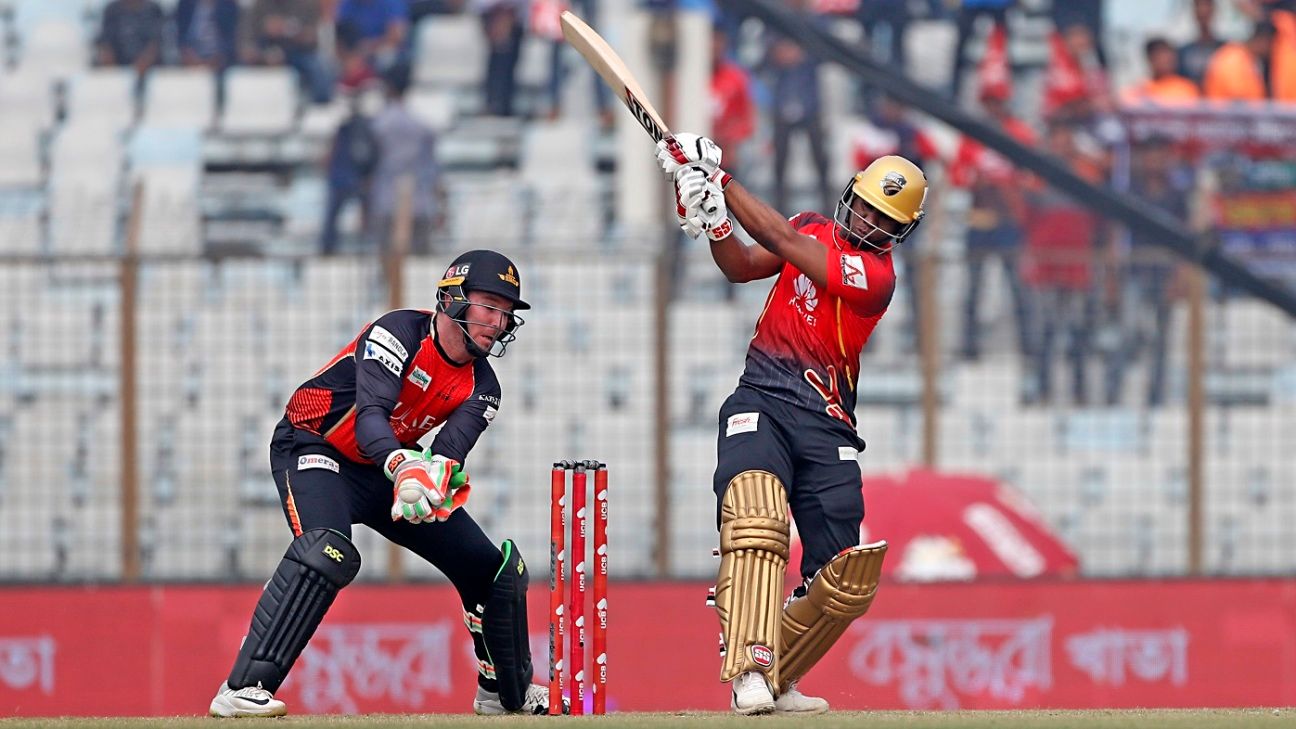 On the back of Evin Lewis‘ brilliant century and Shahid Afridi‘s disciplined bowling, Comilla Victorians marched to the top of the table with an 80-run win over bottom-placed Khulna Titans.

Lewis smashed 10 sixes and five fours as he spared no bowler, bringing up his century in just 47 balls. Imrul Kayes made a 21-ball 39, while the No. 7 Shamsur Rahman contributed 28 off 15, but it was Lewis who dominated throughout, taking Victorians to their highest-ever total in the BPL, and second-highest overall.

Brendan Taylor and Carlos Brathwaite almost made the 237-run chase look easy with their big hits, and Titans were on course until the 10th over. After Afridi removed Taylor, Brathwaite took on the chase from there, punishing Victorians’ bowlers whenever they erred in length. But the asking rate kept soaring.

The rest of the Titans batsmen could not do much after Brathwaite fell in the 16th over, and with 95 needed off 24 balls, they crumbled under pressure, losing five wickets for 13 runs. Wahab Riaz chipped away at the tail, taking a hat-trick and bundling the opposition out for 157 in 18.5 overs.

Undoubtedly, Lewis. Having made just 79 runs in his last four BPL games, the T20 specialist not only returned to form but made batting look effortless with his sweetly-timed big hits. He started off cautiously, bringing up his half-century in the 13th over off 31 balls. But, in the very next over, he smashed Saddam for 25 runs and went on a rampage, bringing up his second fifty off only 17 more deliveries.

The 21 wides from the Titans’ bowlers – the second-most in BPL history – with Brathwaite and Saddam alone giving away seven extras each.

While Khulna are all but out of play-offs contention, Victorians are now No. 1 on the table and are tied with Chittagong Vikings. A positive net-run-rate is a good sign for them, especially with three more games remaining in the group stage.