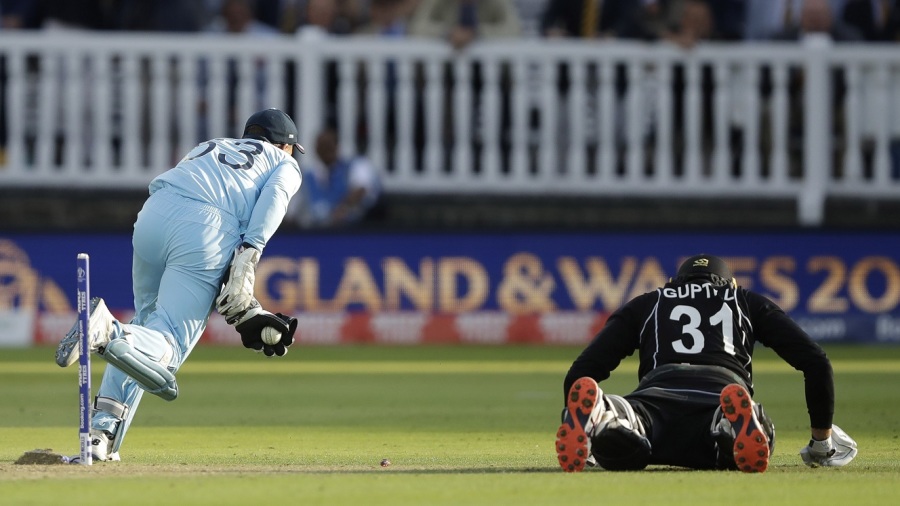 It was never going to be easy, was it? Two teams without a World Cup title between them in 44 year’s of the men’s competition. After 100 overs, the last couple of which contained almost as much drama as a few previous finals in their entirety, nothing could separate England and New Zealand. For the first time in World Cup history, a Super Over was required to determine the winner.

Asked to score 16 from six balls, Jimmy Neesham struck Jofra Archer’s second legitimate delivery way back into the Mound Stand: seven needed from four. A brace of twos followed, before Archer’s bumper took Neesham off strike. Martin Guptill, at the end of a tournament of personal trial, asked to hit two more otherwise England would take the trophy on boundaries scored. Archer found a yorker, Guptill found deep midwicket and Jason Roy’s throw found Guptill short; Jos Buttler completed a full-length stumping to end all those years of hurt and an afternoon of exquisite agony.

England had only got close in their chase thanks to Jos Buttler and Ben Stokes, whose 110-run stand lifted the home nation from peril at 86 for 4. The pair walked out again to scramble 15 from an over of Trent Boult: pressure back on New Zealand. They responded by sending out Neesham, a man who not so long ago was contemplating quitting the game, to face Archer, in his 14th ODI. Only one man could finish a hero.