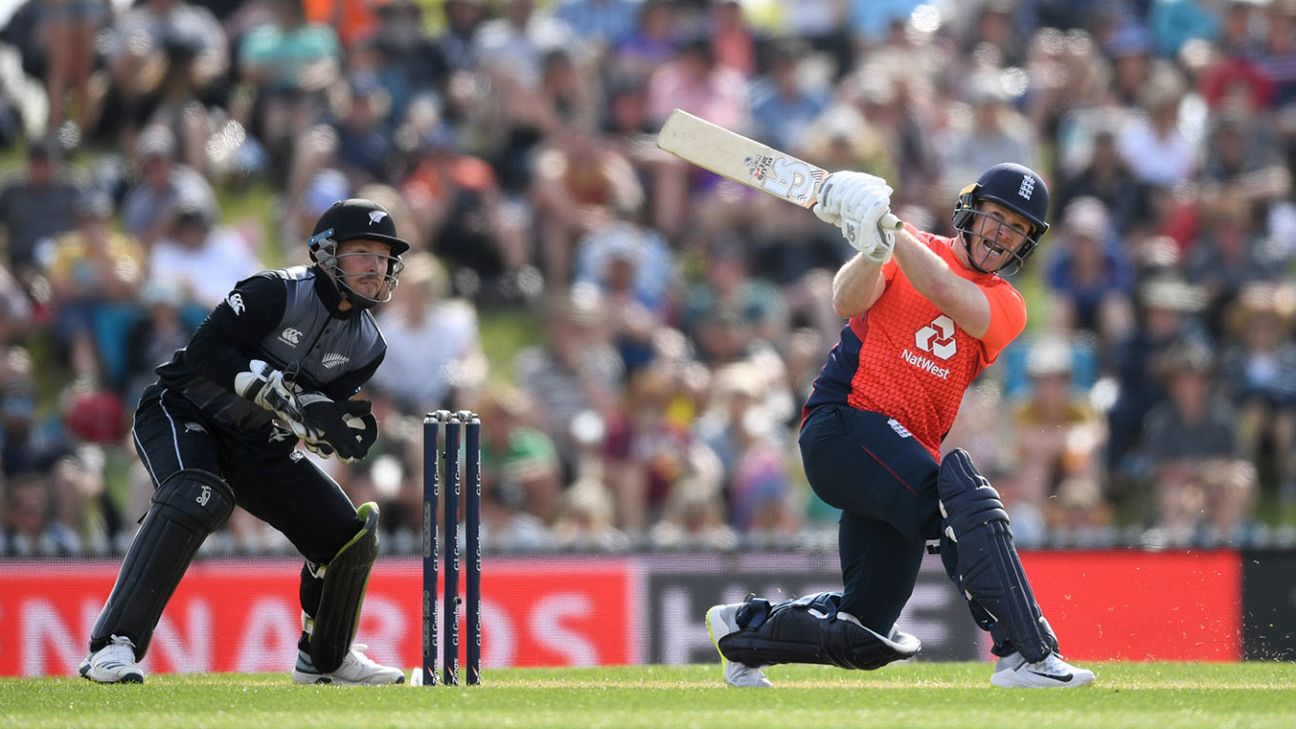 It’s the vicious circle that confronts young aspirants to any plum job anywhere: must have experience but can’t get it without working in the field.

Now that they’ve been handed the opportunity to gain valuable experience on England’s tour of New Zealand, Eoin Morgan wants his fringe T20 World Cup hopefuls to learn from it – fast.

Morgan cited inexperience as a factor in England’s 14-run loss to New Zealand in their third T20I after a batting collapse which saw them lose 5 for 10 in 18 balls after they had needed 42 off 32 balls with eight wickets in hand.

The England side featured all six players who had not played a T20 international before this series and when Morgan, who was at the crease with James Vince, fell for 18 with five overs remaining, England crumbled.

“It is the most inexperienced side that we will field,” Morgan said. “We can’t come out expecting to win 5-0, we do need to learn and make mistakes throughout the whole series.

“An important part of learning is recognising exactly where you were and what you did wrong. You can’t be blindsided or be stubborn enough to not take in good information.

“It has been a great learning day for us and hopefully the guys take in the information and learn from that, hopefully pretty quickly. They have to, and they have to play games so in situations like that you have to throw them out in the middle of it, you can’t say your senior players always have to support them and nurture them.”

Sam Billings, with 24 T20I caps, was run out by Colin Munro in a moment hailed by the Black Caps as a turning point and Vince fell a short time later, having reached 49 off 39 deliveries. From there only Tom Curran reached double figures with 14 not out as the tourists managed just 166 for 7 chasing 181.

“With a lot of wickets in hand you’d expect us to win,” Morgan said. “Certainly we did, we were in control pretty much up until that point. The guys that came in, we didn’t do the simple things right.

“We didn’t establish a partnership, we didn’t hit with the wind, things that the Black Caps did throughout. We do have to get better and calmer in those situations and when we’re chasing.”

Dawid Malan was England’s top scorer for the second match running, following his 39 off 29 balls in the second match – which England also lost – with 55 off 34. Malan expressed his disappointment at not being able to build on a strong start in Wellington and Morgan thought he would feel the same after his latest innings in Nelson.

“It’s extremely disappointing for him,” Morgan said. “He’s one of the only opening batters that ever talks about seeing the majority of the innings through and being there at the end. It will hurt him.”

Opener Tom Banton – one of the six debutants on this tour alongside Matt Parkinson, Sam Curran, Saqib Mahmood, Lewis Gregory and Pat Brown – made 18 off 10 in his first international match before he was bowled trying to ramp Blair Tickner in a knock that pleased Morgan.

“I thought he came out beautifully,” Morgan said. “He’s a free-spirited guy who plays expansive cricket, and we want him to do that. He gets out playing one of his strongest shots. We’ll encourage him to keep doing that. We don’t want him to go away from his natural game.”

England must win the penultimate fixture in Napier on Friday to keep the five-match series alive with New Zealand leading 2-1.