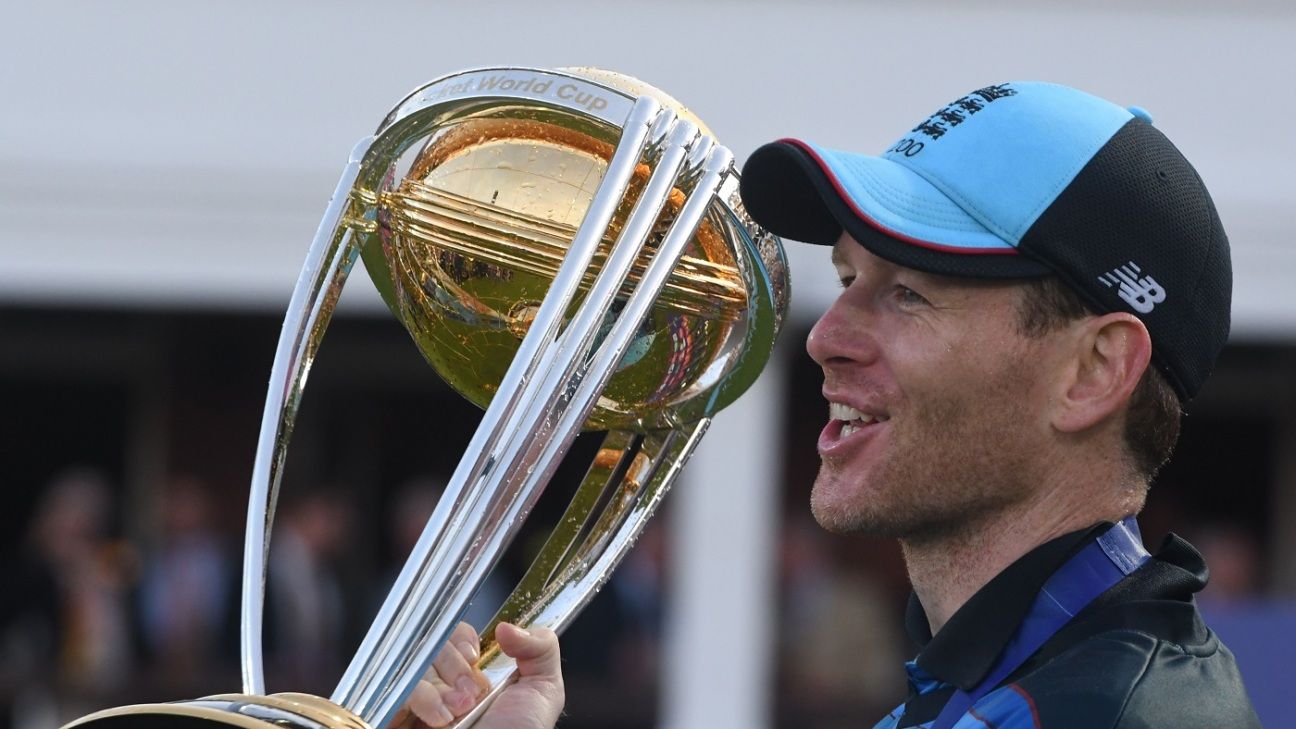 After a decade of involvement with the IPL, Eoin Morgan has felt the full benefit of being a World Cup-winning captain after landing his biggest payday yet ahead of the 2020 event.

Morgan, who entered this year’s IPL auction at a base price of INR 1.5 crore, was snapped up by Kolkata Knight Riders for INR 5.25 crore (£563,000 approx.) – more than twice the figure that Kings XI Punjab paid for him when he last appeared in the event in 2017.

Morgan’s acquisition by KKR brings him back to a franchise he represented for three years from 2011 to 2013. There, he will be reunited with his close friend Brendon McCullum, the former New Zealand captain and current franchise head coach, who was instrumental in driving the bidding war, amid close interest from Delhi Capitals.

Morgan has been one of English cricket’s most regular attendees at the IPL – he played six matches in the 2010 season, after being bought by Royal Challengers Bangalore for £134,000, and also featured for Sunrisers Hyderabad in 2015, for £100,000.

His overall IPL record has not been especially impressive – 854 runs in 52 matches at 21.35, and a strike-rate of 121.13 – and he went unsold in the 2017 and 2018 auction. However, his stock rose exponentially during the World Cup, where he led England to victory in the final against New Zealand at Lord’s, having impressed with the bat along the way.

Against Afghanistan in the group stage of the competition, Morgan slammed a world-record 17 sixes in his 71-ball 148, and he also sealed victory in the semi-final against Australia with 45 not out from 39 balls.

He’s been in free-flowing form since the tournament ended too, striking 91 from 41 balls in a T20I victory over New Zealand in Napier last month, before impressing for Delhi Bulls in the Abu Dhabi T10.

However, despite the cool head that Morgan displayed in the crunch moments of England’s World Cup campaign – not least in the final itself – he will not be called upon to lead KKR, with Dinesh Karthik already confirmed in the role by McCullum.

“Dinesh is definitely our captain,” McCullum told reporters at the IPL auction in Kolkata. “We wanted to get as much experienced leadership as possible and Eoin Morgan is one of the very best leaders going around currently in our game.

“A perfect lieutenant for Dinesh Karthik and he [Morgan] will also fill the gap at No. 4. He is in the form of his life. He is going to be a fine asset coming back to KKR.”

Morgan was not the biggest earner among England players, however. Sam Curran, who was bought by Kings XI Punjab for £800,000 in the 2018 auction, attracted another big pay-day as Chennai Super Kings swooped for £590,000.

Jason Roy and Chris Woakes – who went for INR 7.4 crore in the 2017 auction – both met their base prices as they were picked up for £160,000 each. Mark Wood, however, went unsold, having struggled with injury since picking up a side strain in the World Cup final.