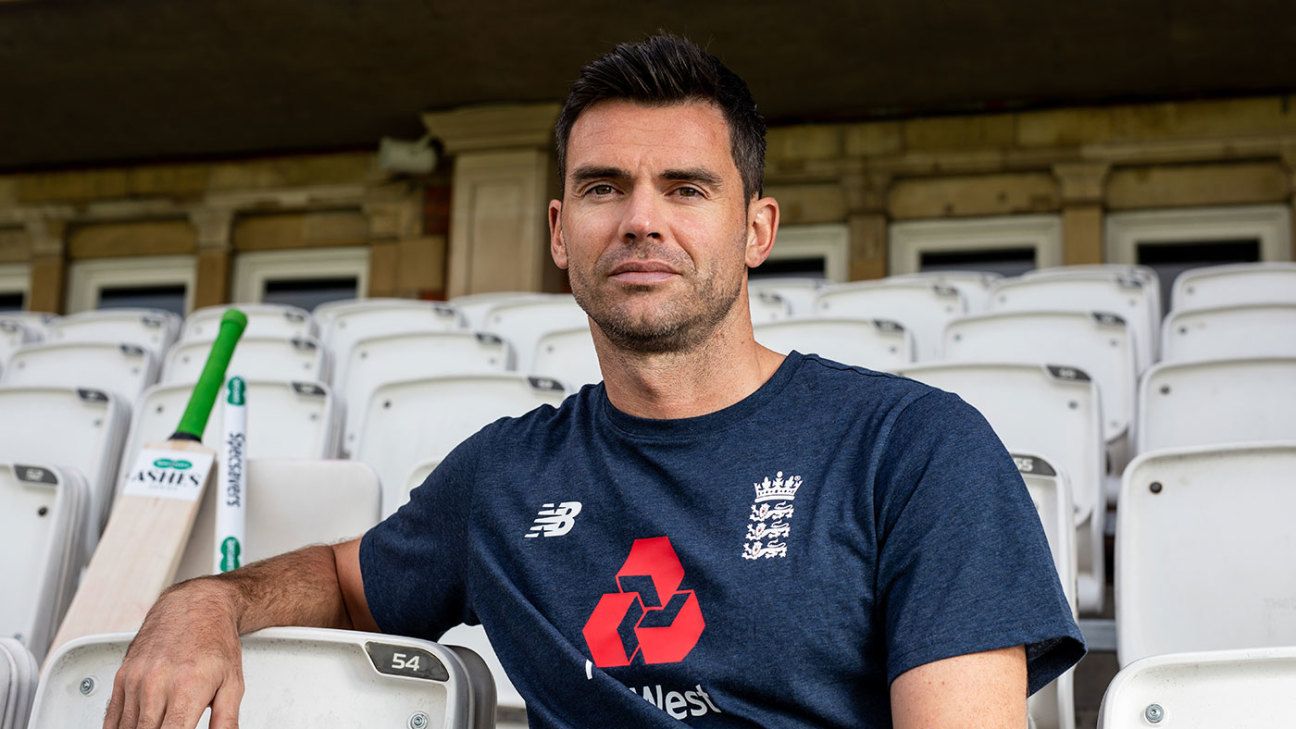 England’s failure to reclaim the Ashes in a home series for the first time in almost two decades can in part be put down to unhelpful pitches, according to the team’s senior fast bowler James Anderson. While a calf injury limited Anderson’s involvement to bowling just four overs in the first Test at Edgbaston, he suggested that the playing surfaces have better suited Australia’s attack and said local groundsmen might consider being “a little bit more biased” towards England in future.

Defeat on Anderson’s home ground of Old Trafford last week left England 2-1 down in the Specsavers Test series and unable to prise back the urn from Australia. While Anderson gave a nod towards Steven Smith for his “phenomenal” batting – in three Test appearances Smith has scored 671 runs, almost twice as many as anyone else – he said England had been disappointed by the pitches served up and that more could be done to exploit home advantage.

“I think they’ve probably suited Australia more than us,” he said. “I would have liked to have seen a bit more grass but that’s the nature of the game here. When you’re selling out – like Lancashire selling out five days of Test cricket – it’s hard not to produce a flat deck but, you know, that’s one of the frustrations from a player’s point of view. We go to Australia and get pitches that suit them. They come over here and get pitches that suit them. It doesn’t seem quite right.

“I thought they were good pitches here against India [last year]. I thought they weren’t green seamers but I thought they suited us more than India. We as a country don’t use home advantage enough. When you go to Australia, go to India, Sri Lanka, they prepare pitches that suit them. I feel like we could just be a little bit more biased towards our own team.”

Pat Cummins and Josh Hazlewood, in particular, have led the way for Australia, taking 24 wickets at 17.41 and 18 at 16.88 respectively – separated only by Stuart Broad (19 at 26.63) for England. It has been a bowlers series in general, with only two Australians (Smith and Marnus Labuschagne) and three Englishmen (Ben Stokes, Rory Burns and Joe Root) averaging above 30 with the bat.

In contrast to Anderson’s lugubrious take, Australia coach Justin Langer was perhaps unsurprisingly full of praise for the “bowler-friendly wickets” on which his team had prevailed in their mission to retain the Ashes.

“It’s most important for the health of Test cricket moving forward that you’re playing on competitive wickets,” he said ahead of the final Test at The Oval. “Great players make runs, games always moving forward, you’re on the edge of your seat. I think the wickets this series have been fantastic for that.”

Anderson’s frustrations have been compounded by being forced to watch from the sidelines after suffering from a persistent calf problem that saw him hobble through the first Test at Edgbaston, having being declared fit, then suffer a recurrence while going about his rehabilitation with Lancashire.

There is little doubt that not being able to call upon the most-prolific Test fast bowler in history has hurt England’s chances – despite the resurgence of Broad and a potent display from Jofra Archer in his debut series. However, Anderson has quietened any expectations he may be contemplating retirement, writing in his newspaper column that he intends to try and play on until he is 40.

He proclaimed himself “open-minded” to making changes to his diet and lifestyle in order to prolong his career; perhaps a chat about the benefits of veganism with old Ashes foe Peter Siddle is in order following the conclusion of the series?

“When I start this rehab, I’m going to try and investigate every possible avenue of what do I need to do at my age to keep myself in good shape,” Anderson said. “I feel in really good condition. I feel as fit as I ever have. It’s just the calf keeps twanging.

“I’m going to look at every possible thing I can to make sure I can play for as long as possible. I’ll look at how other sportspeople have done it throughout their careers to keep going into their late 30s. Whether there’s anything specific I can do, diet, gym programme, supplements, whatever it might be. Because I’ve still got a real hunger and desire to play cricket. I still love the game and still feel like I can offer something to this team and still have the skills and can bowl quick enough to have a positive effect.

“It’ll be an ongoing process through the rest of my career. I still feel like I can be the best bowler in the world. So as long as I’ve got that mentality I’m going to keep pushing myself. Keep trying to improve my skills with the ball, work hard at my batting, and try to find every possible thing to help me stay fit.”

“We as a country don’t use home advantage enough. When you go to Australia, go to India, Sri Lanka, they prepare pitches that suit them. I feel like we could just be a little bit more biased towards our own team”

Anderson’s first goal is to be available for the two Tests in New Zealand towards the back-end of November, after which comes a tour of South Africa. His desire to keep playing means he is set to feature under a fifth different England coach – depending on when the successor to Trevor Bayliss is appointed – and he suggested the new management needed to map out with Joe Root a pathway to rebalancing priorities between Test and limited-overs cricket.

“Going forward, it’s important whoever takes over has got the same sort of vision as Joe as captain, on how the team moves forward. Obviously the last four years has been a real focus on one-day cricket, trying to win the World Cup. We’ve now done that.

“I think we need to find a good balance. We’ve kind of been one or the other. In my career, it’s been Test priority in the first bit and then this last four-year cycle has been a push for the white-ball stuff. We need to find a balance, it’s as simple as that. We’ve got to try to give equal attention to both.”

Whether or not he develops a craving for bananas, Anderson’s appetite for cricket remains strong – though he grimaces wearily at the idea of resuming battle with Smith once again in 2021-22. There is an acceptance that he won’t go on forever, an understanding that one day, perhaps not too far in the future, he will be able to inspect a flat pitch with a shake of the head before heading towards the media facilities rather than the dressing rooms.

“I’m realistic. If I’m not good enough and feel I’m detracting from the team and I’m too slow, or whatever it might be, then I’m not going to embarrass myself or drag the team down. I’ll only keep playing if I think I can be one of the best bowlers in the world and if I think I can help this team win games of Test cricket. I’m not just blinkered thinking I’m going to just drag out as many possible games as I can.”

James Anderson was speaking on behalf of ‘The Test Experts’ Specsavers, Official Test Partner of the England cricket team ahead of the final Test of the Specsavers Ashes Series at The Oval