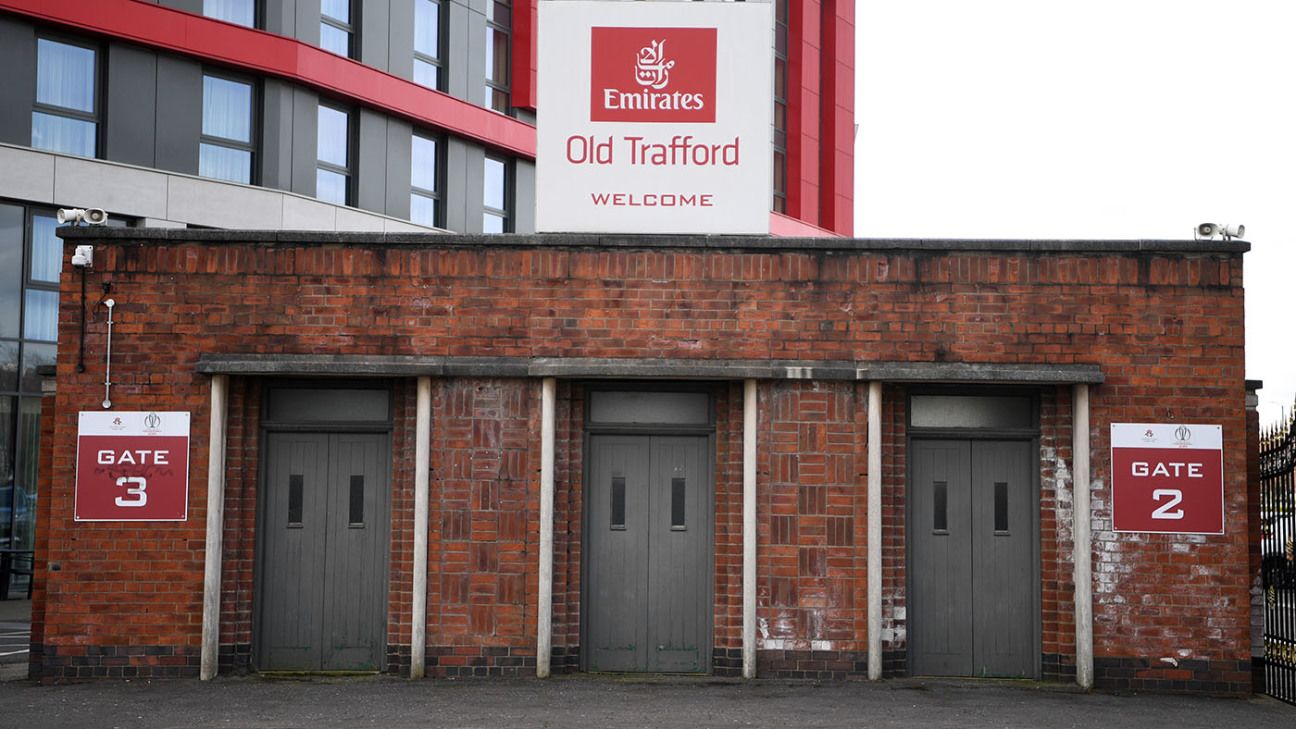 The ECB’s hopes of being able to stage international games behind closed doors appear to have been given encouragement by the new government strategy to deal with the Covid-19 pandemic.

As part of its phased plans to build an economic recovery, the UK government has announced that it aims to allow some sporting events “to take place behind closed-doors for broadcast” from June 1. The plans will be reviewed often and postponed if there is a growth in the virus infection rate.

While Boris Johnson, the Prime Minister, suggested there were morale-building reasons behind this return of sport, telling parliament that “allowing cultural and sporting events behind closed doors for broadcast… would provide a much-needed boost to national morale”, it is no doubt equally relevant that such a return could help avoid the financial catastrophe currently being faced by various governing bodies.

Tom Harrison, the ECB’s chief executive, has suggested the game could be looking at a loss of around £380 million if the entire season was lost with losses of £100 million incurred already.

While the ECB expects greater clarity from the government later this week – it is anticipated there will be a specific announcement relating to elite sport on Tuesday or Wednesday – and remains reluctant to commit itself to a schedule, it continues to use July 8 as a potential start date to the international season. To that end, it is understood the ECB hopes to unveil individual training plans, for both England’s men and women’s cricketers, within days.

For that July 8 date to become a reality, some players – notably England’s bowlers – are expected to return to training by the end of this month. While those sessions will, initially, be carried out alone, the hope is that there will be the scope to include a coach and a medic at the start of June. The player and coach would be expected to maintain social distancing, while the medic, equipped with full personal protective equipment (PPE), would only expect to have contact with either should they require treatment.

In the early days of June, it is hoped that batsmen will be able to return to the nets – again, with one coach and one medic – before a training camp is formed towards the end of the month. Testing for the virus is likely to be conducted often.

The requirement that anyone flying into the UK (from anywhere other than France) must self-isolate for 14 days is a further complication. As things stand, it is understood that sporting teams will not be exempt from such a rule and that they would not be permitted to train during that period. For that reason, West Indies are aiming to arrive in the UK four weeks ahead of the scheduled start of their fixtures to give themselves two weeks in isolation and then two weeks of preparation. With the team drawn from several nations, they also face the prospect of a lengthy period of self-isolation at the other end of the tour.

With the England squad keen to undergo some warm-up cricket ahead of any international series, it is expected that around 30 players will be named in their squads. Those on central contracts have never been placed on furlough, but it seems inevitable others who have will be taken off the scheme in the coming weeks.

It is also anticipated that a dozen or so coaches will be required to oversee sessions across the county and, perhaps, to staff separate squads if there is any overlap between the Test and limited-overs series. Again, some of these coaches – such as Somerset’s Marcus Trescothick – will require taking off the furlough list while others, such as Gloucestershire’s Richard Dawson, have never been furloughed.

The news for county cricketers is less encouraging. While the counties remain keen – desperate, even – to stage some sort of season with a particular hope that the T20 Blast can go ahead, the government’s newly published strategy offers little prospect for an early return of events in front of spectators.

It states: “While reopening outdoor spaces and activities (subject to continued social distancing) comes earlier in the roadmap because the risk of transmission outdoors is significantly lower, it is likely that reopening […] venues that attract large crowds (like sports stadia) […] may only be fully possible significantly later depending on the reduction in numbers of infections.”

At the same time, there is a growing appreciation of the financial and logistical demands of organising games behind closed doors – and the need to do it 18 times to create any sort of county season – which has done nothing to increase the sense of optimism.

The key issue is that the T20 Blast, which is so key to the cashflow of the first-class counties and makes its money almost entirely from the presence of spectators at the ground and not from broadcast rights. Without ticket sales, hospitality and food and drink income, it may well be the game decides it is not economically viable to stage the games behind closed doors. Little is certain at this stage, though, and the counties will continue to search for solutions into August and September.

The vast majority of county players (those at Surrey and Lancashire are the only exceptions) are currently furloughed until the end of May, with every chance of that being extended to the end of June in the coming days. For the 134 county players out of contract at the end of the season, this inability to prove their worth is particularly worrying.

The PCA – the players’ union – is likely to argue on a uniform standard of treatment for such players across the game. It remains far from ideal that their new chief executive, Tony Irish, is off work due to family issues during such a pivotal time in the game’s history, but the organisation is satisfied Daryl Mitchell, the Worcestershire batsman and the PCA chairman, is a more than able deputy.

Equally, there is little to encourage recreational cricketers. “Our recommendation to suspend all recreational cricket remains in place at present,” the ECB said in a statement. It is hard to gauge the long-term effects of this absence but perhaps the most significant loss will not be financial, but in a generation of younger players who may be lost to the game.

While such news will be a significant disappointment to most cricketers, they may be consoled just a little by the prospect of a return of international cricket. If the ECB are able to fulfil some of their broadcast commitments this summer, it may go some way to mitigating the financial calamity that would have even far more reaching consequences at county and recreational level.