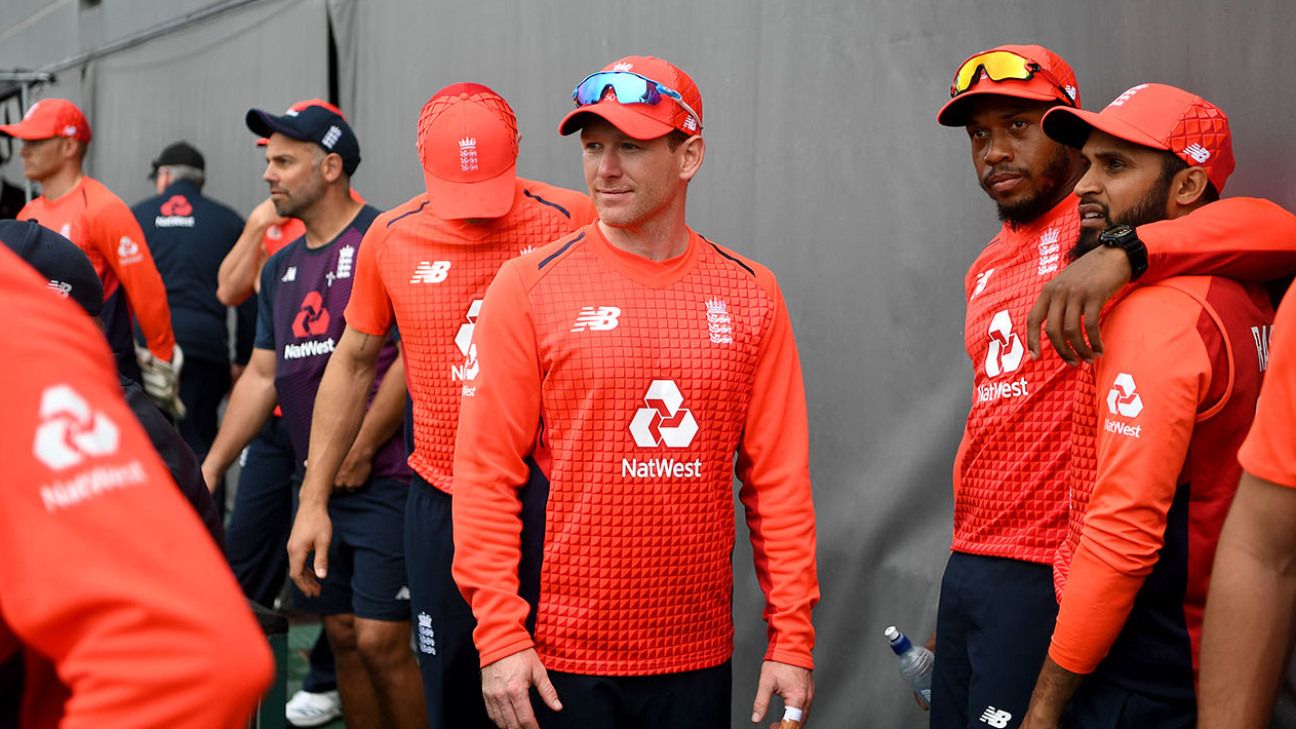 England’s fringe players have “raised the benchmark” for those rested from the T20I series in New Zealand, according to captain Eoin Morgan.

At least five first-choice players were rested from the T20 leg of the tour, with Jason Roy, Jos Buttler, Moeen Ali, Ben Stokes and Jofra Archer all likely to be in England’s first-choice XI come the T20 World Cup in Australia next year.

With Mark Wood, David Willey and Joe Root also missing out, there were opportunities for six debutants in the T20 series, as well as those who have been in and out of the national team over the past four years, like James Vince, Sam Billings and Dawid Malan.

And Morgan said that the new faces in the side had created a selection headache ahead of the three-match series in South Africa in February.

“It creates a really good headache for us when it comes to selection,” Morgan said.

“We are further ahead than we thought and the guys on this tour who will probably miss out on South Africa have raised that benchmark for guys who come back in.

“They are now almost expected to score runs and expected to do well because of opportunities given and taken by these guys.”

Morgan had the opportunity to see one of those fringe players up close in the fourth T20I, when he shared a 182-run partnership with former Middlesex team-mate Dawid Malan.

ALSO READ: Will England dare to leave Malan out again?

Malan struck an unbeaten 103 off 51 balls, meaning he has passed fifty in six of his nine T20I innings. That knock took his average in the format to 57.25, but he came in for thinly-veiled criticism in Morgan’s post-match press conference for failing to attempt to steal a bye off the final ball of the innings.

Malan had been at the non-striker’s end for the last ball of the 20th over in Napier – a bouncer which Sam Billings missed – but decided against scrambling through for a run with wicketkeeper Tim Seifert stood back.

“I think giving guys that common goal and watching them strive towards it is the biggest indicator,” Morgan said. “If we get guys that are not running off the last ball of the game because they want to get a not out, there’s something to address.”

The debutant who pressed his case best in the series was Sam Curran, who took six wickets and bowled with control across all three phases of the game, while chipping in with the bat in the rain-reduced game in Auckland.

The three new faces with the ball – Pat Brown, Matt Parkinson and Saqib Mahmood – had a mixed time. Brown’s slower balls was punished in Wellington, where he conceded 32 in his two overs, but his economy rate overall (9.84) was only just over the average runs-per-over for the series (9.49).

Parkinson took five wickets in his six overs, though conceded 61 runs, and would have hoped for more of an opportunity to prove himself. Mahmood had a chastening time, leaking 115 runs in 10 overs, though was England’s tightest bowler at Eden Park.

And with the bat, Tom Banton showed flashes of brilliance in his top-order cameos, while Lewis Gregory faced 19 balls and bowled four overs across his five games.