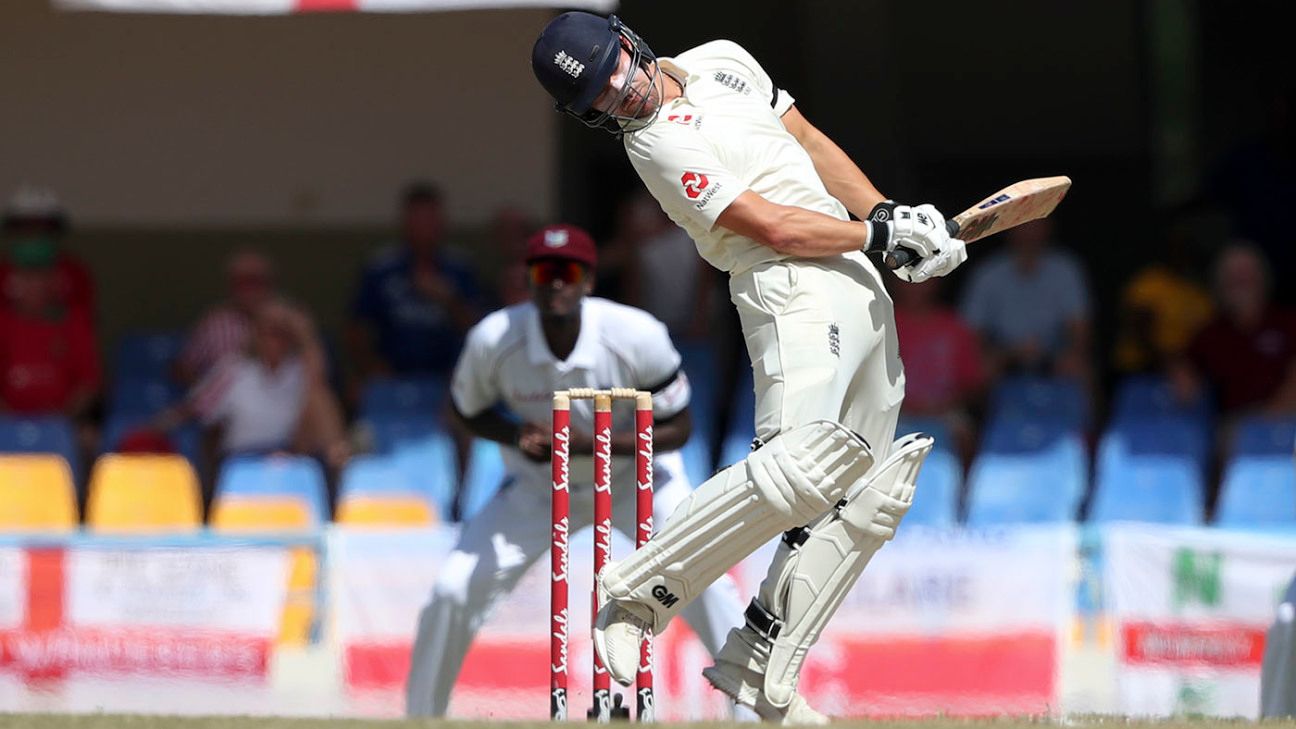 “Don’t it always seem to go, that you don’t know what you’ve got ’til it’s gone,” she sang.

And, as the England management – and Trevor Bayliss, in particular – reflect on their top-order woes, you wonder if they look back on the Compton’s time in the team and feel they might not have appreciated him as much as they should have done.

For Compton could have been the answer to England’s problems. His final Test average – a modest 28.70 – doesn’t necessarily show it, but it might not tell the full story, either. Stats don’t just mis-lead at times, they lie, cheat and try to sell you double-glazing.

Compton was an old-school, obdurate opening batsman with a tight defence and the desire to bat all day. By the time he had played six Tests, he had helped England win in India, scored two centuries and built an average of 47.00.

But England wanted more. And, after a poor series against New Zealand (he scored 16, 15, 1 and 7) and amid calls for a more “dynamic” opener, he was replaced for the 2013 Ashes by Joe Root.

He fought back, though, and enjoyed perhaps his finest hour during the Boxing Day Test in Durban in 2015. Under pressure, against a good attack, he made 85 and 49 and was probably unlucky not to have won the man-of-the-match award. England made 639 runs in that game: 350 of them came in the nine hours and 15 minutes Compton was at the crease. His Test average was a respectable 36.05. By the end of the tour, he had added an away series in South Africa to that India victory. That can’t be a coincidence.

“I felt great after that match-winning innings at Durban,” Compton told ESPNcricinfo. “But, just after the game, Trevor Bayliss made some comments about wanting two of the top-three to be ‘attacking-style batsmen’.

“Those comments ate away at me a bit. I didn’t feel I could just go out and bat; I felt I had to go out and bat more quickly. The pressure built.

“You can’t make excuses in sport. And I don’t have any. But if I do have any regrets, it’s that I wasn’t always true to myself. Sometimes I was trying to show people I had another gear; show them I could be that attacking-style player; show them I had all the shots. I look back at my dismissal at Wanderers [trying to hit Dean Elgar for six to win the game] and I could kick myself. It’s my own fault.”

So what does Compton suggest now?

“We need to create different messages to players coming through,” he says. “We need to hear less talk about ‘expressing yourself’ and ‘putting the pressure back on the bowler’ and more about fighting for your wicket. At the moment, young openers in county cricket think they have to be dashers. It’s a terrible message to be putting out there.

“And we need to understand that the role of an opener can’t just be judged by averages. Your job isn’t just to score runs, though that’s clearly an important part of it. The role is also to blunt the new-ball attack, to take some life out of the bowlers and protect the middle-order. England’s middle-order is hugely talented, but it needs just a bit of protection from the new ball.

“I think Joe Root could be a great player. But he said ahead of this series that ‘you don’t win games by batting long periods of time; you win games by scoring big runs’.

“But Darren Bravo and Kraigg Brathwaite proved him wrong. And my worry is that Joe is selling himself a bit short with that attitude. It’s a bit simplistic; a bit naive.”

He makes a point, doesn’t he? And you wonder if Sam Robson – Test average of 30.54 – might make a similar point. And several other openers, who heard the messages in the media and felt compelled to push on; to play too many shots in a bid to become the player Bayliss said England were after. If England’s selectors and team management now cast an eye around the English game and cannot find any suitable openers, perhaps they should reflect that they are, in part, responsible.

“I felt great after Durban. But then Trevor Bayliss made some comments about wanting two of the top-three to be ‘attacking-style batsmen”

Meanwhile, in Antigua, Mark Wood was one of four men – Keaton Jennings, Chris Woakes and Jack Leach were the others – to train at the Sir Vivian Richard ground on Monday.

While there was a time, not so long ago, a losing England side might have been forced into what are sometimes called ‘naughty-boy nets’ after such a defeat – for PR purposes as much as any real value – the current management takes a more mature approach to the situation.

Instead the team – clearly hurting after a couple of reputation sapping losses – have been given time to rest and reflect. There have also been a couple of team meetings to discuss the way forward. Most of the squad are not scheduled to net again until Thursday – they fly to St Lucia on Tuesday – though there is some talk of cancelling the rest day planned for Wednesday.

Wood appears to have a decent chance of replacing Sam Curran in the team for the final Test in St Lucia though, as he says, it seems an odd solution to repeated batting failures.

“I think it’s very harsh to leave a bowler out when it’s the batting that’s failed,” Wood said in typically candid fashion. “But that always seems to be the case, doesn’t it? The batting’s not quite firing, so maybe we’ll change a bowler.”

Wood is said, as ever really, to be bowling with terrific pace in the nets. But we’ve heard that before, only to see something a bit less when it comes to games. If he plays in St Lucia he, and the rest of the side, will have a bit to prove.