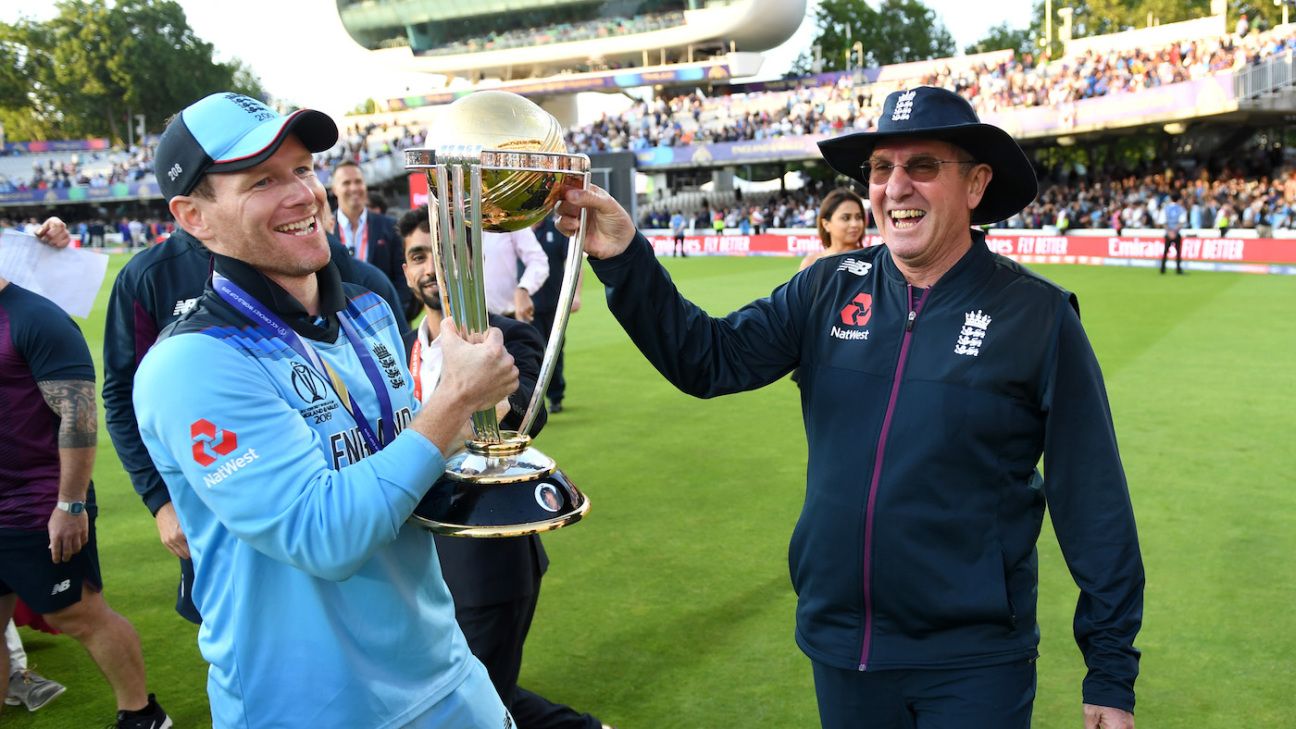 Four of England’s World Cup-winning men, as well as the coach, have been honoured for their services to cricket. Eoin Morgan (CBE), Ben Stokes (OBE), Joe Root (MBE) and Jos Buttler (MBE) are the players named on the New Year’s Honours list, while former West Indies captain Clive Lloyd is to receive a knighthood.

Trevor Bayliss, who oversaw England’s first men’s World Cup victory, is awarded an OBE, while ECB chairman Colin Graves will collect a CBE after steering the board over the last five years.

Morgan, England’s limited-overs captain, and Bayliss worked closely together to turn the one-day side into a fighting force after their abject performance at the 2015 tournament, culminating in a dramatic victory over New Zealand in the final at Lord’s in July.

“I’m very proud to have been awarded a CBE,” Morgan said. “Winning the World Cup has been a dream come true and the honours and awards that have come since really mean a lot to everyone connected with the team.

“The events of that day at Lord’s were the result of many years of hard work and dedication, and I see this honour – and the honours for my team-mates – as honours for the whole team, for everything they put into winning that tournament and getting over the line.”

Alan Knott, the former England wicketkeeper, was another cricketing name on the list, becoming an MBE; Gordon Greenidge, who played alongside Lloyd for West Indies, receives the order of St Michael and St George Knight Commander; and Keith Cook, Warwickshire’s operations manager and an Edgbaston employee for 46 years, has been awarded the British Empire Medal.

Tom Harrison, the ECB’s chief executive, said: “We’re delighted that so many of the players involved in our historic ICC Men’s Cricket World Cup win have been named in the New Year Honours list. Everyone who works in the game is incredibly proud of Eoin, Ben, Joe and Jos.

“We’re proud of their achievements, on and off the pitch, and indeed of their efforts to help grow the game and inspire a whole new generation of fans. The events of that day will live long in the memories of everyone who saw it, and honours like this demonstrate the reach and impact that cricket can have.

“There’s a nice symmetry to Clive Lloyd being honoured – he lifted the trophy twice at Lord’s – while Alan Knott should rightly be remembered as one of our finest wicketkeepers. I’m very pleased, as well, that Trevor Bayliss and Colin Graves have also been recognised.

“Special days like the one at Lord’s involve a lot of work that goes unseen but they have each made a big contribution to the continuing growth of the sport that we all love.

“Beyond that day at Lord’s, Colin has had a big impact on the game – both in his time as ECB Chairman and prior to joining ECB at Yorkshire. He has demonstrated his passion for and commitment to the game, from his work at a grassroots level with Dunnington CC all the way up to the England teams and we’re incredibly grateful for all the work he has done.

“Each of these honours is incredibly well deserved and I’d like to share our heartfelt congratulations with everyone honoured for services to cricket.”