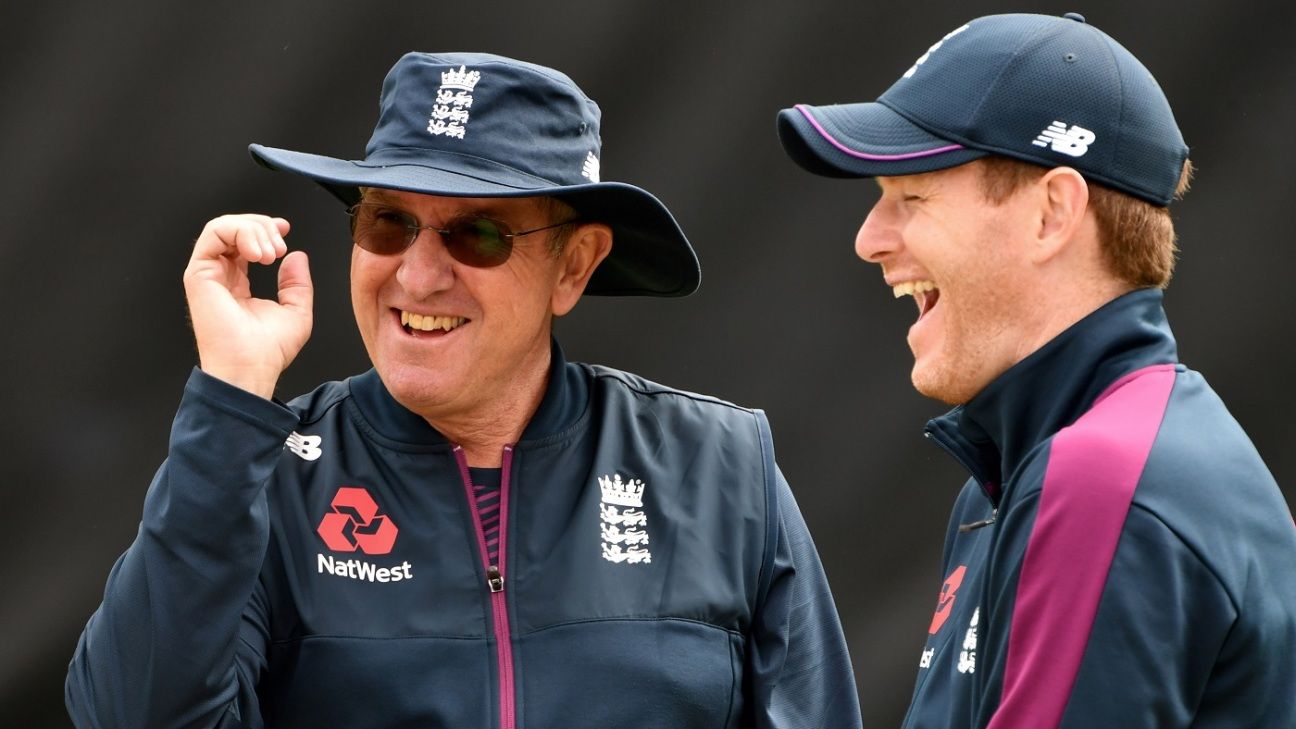 Trevor Bayliss has reminded the England team they “have not won anything yet”, in spite of the euphoria surrounding their crushing semi-final victory over Australia.

Although Bayliss admitted England’s eight-wicket victory at Edgbaston was “extra special”, he was keen to keep his squad’s feet on the floor and their eyes focused on the prize. So the team had “a good chat” in the dressing room after the game on Thursday and were reminded there is “one big match to go”.

“We can’t listen to the outside noise whether it’s good or bad,” Bayliss told the BBC. “We’ve still got a job to do and one big match to go.

“We had a chat in the changing room after the game and realised we have not won anything yet. There is going to be a lot of noise around ‘you guys are the favourites’ but we can’t listen to any of that.

“We have just got to concentrate on the way we have gone about our cricket over the past four years and what has got us to this point. We have to go through our process. If we do that, we know we will play good cricket and the opposition will have to play even better to beat us.

“We’re full of confidence, but we’re not too over the top. Four years ago, after the last World Cup which was not good for England, we set out with plans to hopefully win the 2019 edition. It feels great that now we have a chance to fulfil those dreams.”

Watch on Hotstar (India only): Highlights of England’s eight-wicket win over Australia

England will go into the final – their first World Cup final since 1992 – as favourites, having defeated New Zealand by 119 runs in the group stages of the competition. But New Zealand were also finalists in the 2015 tournament, during which they thumped England by eight wickets in one of the most crushingly one-sided World Cup contests of all time.

With that in mind, Bayliss remains respectful of a side that contains the likes of Kane Williamson, Ross Taylor and Trent Boult and feels the match is a “50-50” encounter.

Bayliss also welcomed the decision to show Sunday’s final on free-to-air television – Channel 4 will share Sky’s feed from 9am on the morning of the match – with England’s coach suggesting it was a chance to “influence another generation of young cricketers”.

“It’s a fantastic gesture from Sky,” he said. “Any more fans we can get watching the game is fantastic for our sport. This provides an opportunity for more people to win the World Cup and that means we have the chance in England to influence another generation of young cricketers. That’s great.”

The England squad travel from Birmingham to London on Friday and will have a light training session on Saturday morning.