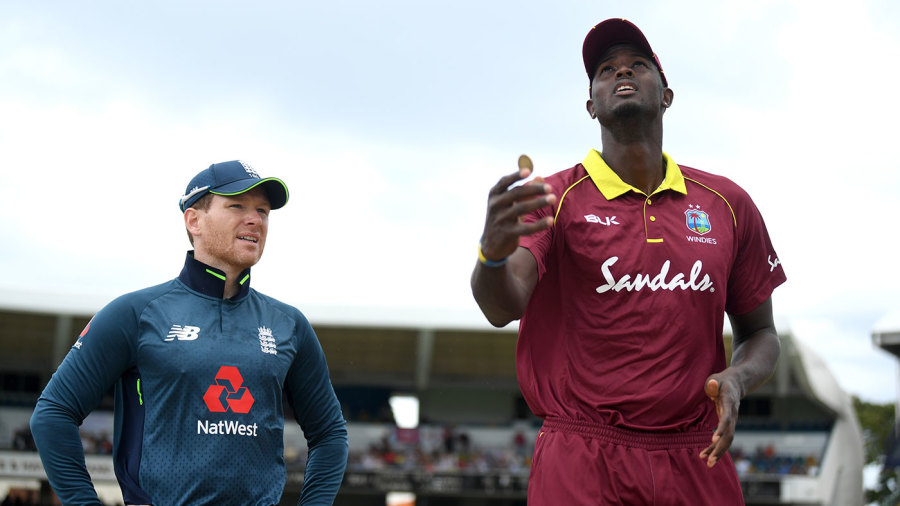 England have won the toss and put West Indies in to bat for the second ODI in Barbados.

A fresh pitch, next to the one which yielded 724 runs in the series opener on Wednesday, will be used and looks to be another good one, with play set to start on time after some earlier showers.

England brought in Tom Curran to replace fellow quick Chris Woakes, who is managing a longstanding knee problem. It was their only change to a side which chased down a target of 361, the third-highest successful chase in ODI history, to win the first game of this five-match series by six wickets.

West Indies replaced batsman Nicholas Pooran, who made his debut in the previous match, with fast bowler Sheldon Cottrell in their only change.