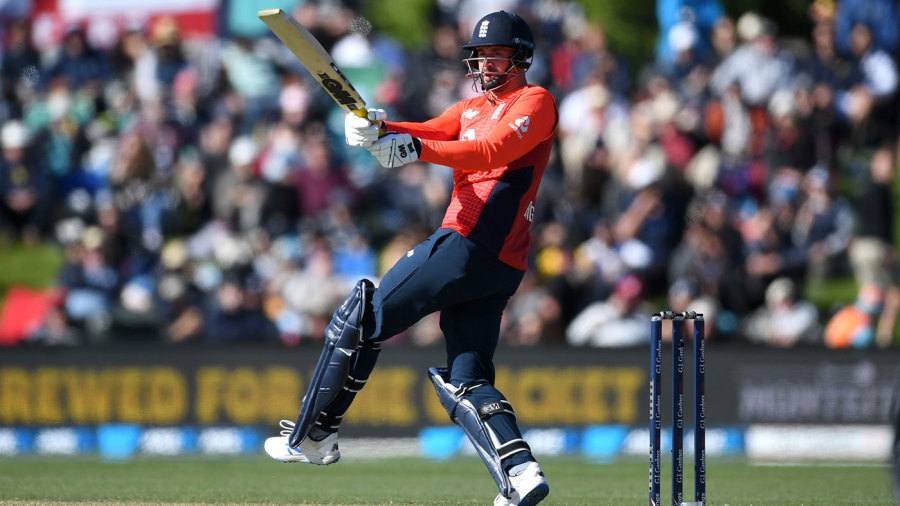 Eoin Morgan opted to bowl first after winning a delayed toss at Eden Park, with the possibility of a shortened game making chasing preferable. England continued to shuffled their personnel, with Dawid Malan, centurion in the previous game, one of three to drop out for the series decider.

Rain during the morning in Auckland led to the toss being pushed back by 40 minutes, with the possibility of more poor weather to come. “Hopefully we can get on top with the ball and if we get a full game we’ll know what we’re chasing,” Morgan said.

As part of a pre-series plan to rotate, England brought back James Vince, Saqib Mahmood and Adil Rashid, with Malan, Pat Brown and Matt Parkinson – who claimed a four-wicket haul in the fourth T20I – making way.

Tim Southee, New Zealand’s captain, admitted he would have like to bowl, too, but was happy enough to have to set a score on a ground with notoriously short straight boundaries. New Zealand made two changes from the team beaten in Napier, with James Neesham fit to return in place of Daryl Mitchell and Scott Kuggeleijn returning for Blair Tickner.

England levelled the series at 2-2 on Friday, after a record partnership between Malan and Morgan took the tourists to 241 for 3 – their highest score in T20Is – and set up a 76-run win.