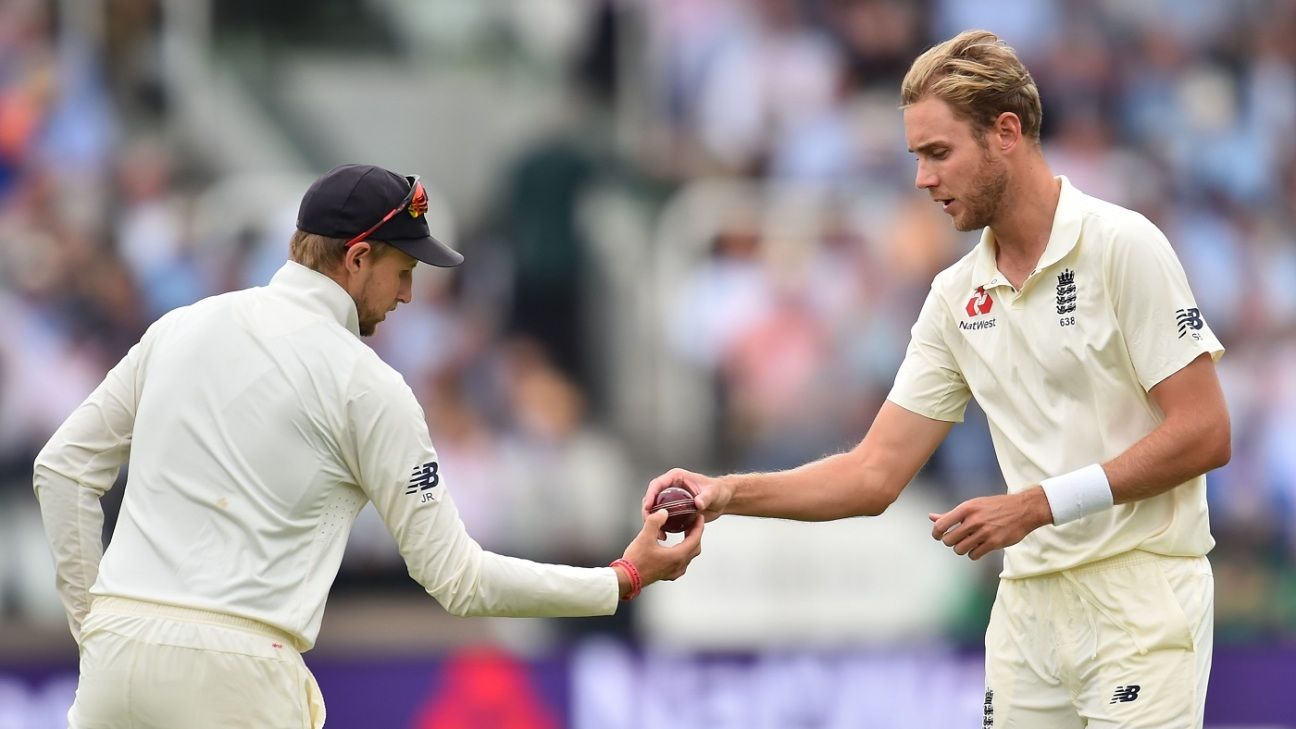 A host of England players will make appearances in the opening rounds of the County Championship – including an enticing match-up between Joe Root and Stuart Broad at Trent Bridge – after player availability was confirmed by the ECB.

Mark Wood, Eoin Morgan and Chris Jordan could also feature in Championship fixtures starting on April 5, while the likes of James Anderson and Rory Burns will be in action when their counties play the following week. Chris Woakes, Olly Stone, Jason Roy and Liam Plunkett will all be available subject to fitness.

Several other centrally contracted players will be away at the IPL, namely Moeen Ali, Jonny Bairstow, Sam Billings, Jos Buttler, Sam Curran, Joe Denly, Ben Stokes and David Willey. Those selected for the World Cup squad will be expected back by April 25.

There are only two rounds of the Championship before the Royal London Cup starts this year, with Root – who declined a rest for the T20I leg of England’s Caribbean tour – and Broad free to play in both. Wood, whose pace and fitness across all formats was a feature of the series against West Indies, will be monitored ahead of Durham’s April 11 game against Sussex.

Woakes has been nursing a knee injury over the winter, while Stone suffered a back stress problem in the West Indies, but Warwickshire hope to have both available for their opening fixture on April 11.

Adil Rashid has been given a break from Yorkshire’s Championship commitments but will be available for four games in the Royal London Cup; Alex Hales, who has a white-ball only county contract, can feature for Nottinghamshire until April 26.

Before the season begins, Surrey play the Champion County match against MCC in Dubai, where they will be able to call upon Burns, Ben Foakes and Tom Curran. Plunkett could also feature in Surrey’s MCCU fixture on April 4.