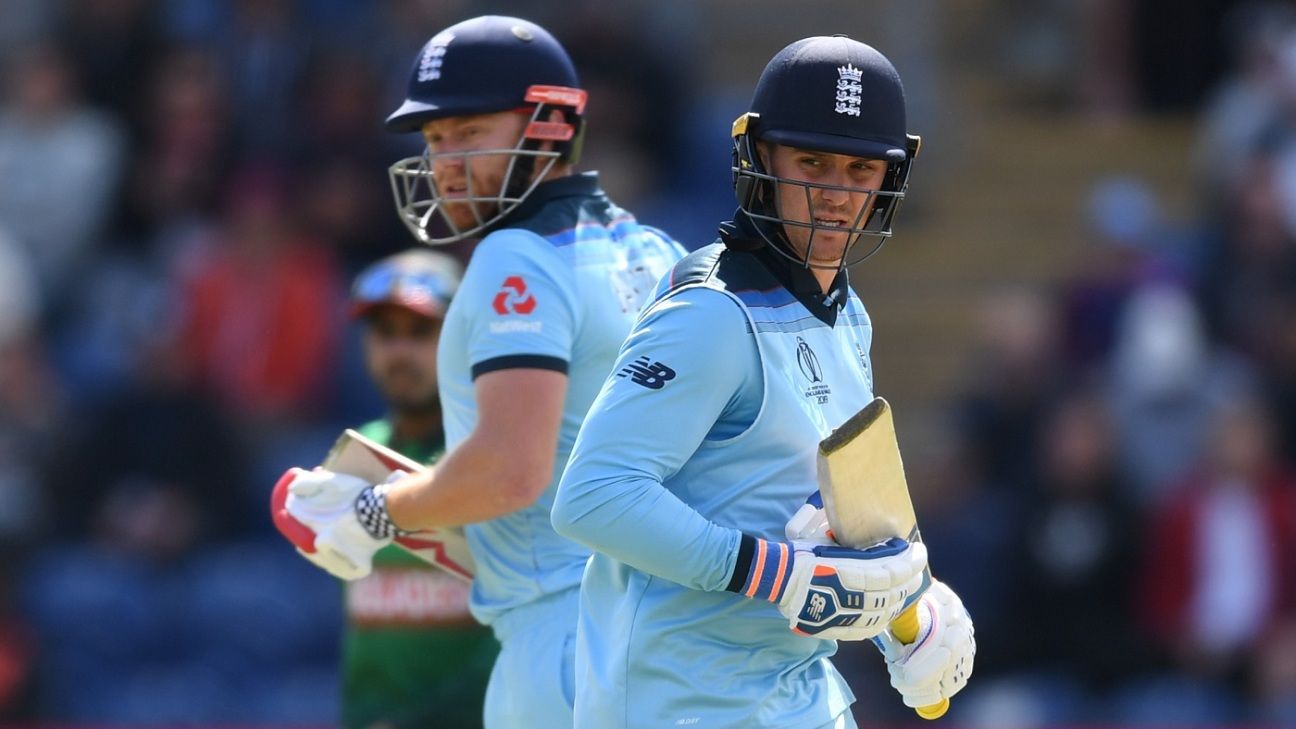 England coach Trevor Bayliss is confident his team can overcome Australia in the World Cup semi-finals whether they win the toss or not.

England enjoyed a significant advantage in their two previous matches, against India and, in particular, New Zealand, in batting first on surfaces which became slower and more responsive to cutters and slower balls.

But Bayliss believes England’s long-term record batting second suggests they can cope if they are asked to chase and feels the improved weather across the UK is starting to be reflected in the quality of surfaces. Over the tournament as a whole, the side batting first has won 27 and lost 14 games. Over the last 20 matches, however, that increases sharply to 16 wins and four defeats.

“Batting second doesn’t scare our guys,” Bayliss told the BBC. “It is why we lost the previous two matches [against Australia and Sri Lanka]: we batted second. But I think we have won [11] of the last 17 times we batted second and the wickets are a little better now than they were earlier in the tournament.”

Bayliss’ point about the improved wickets would appear to have been vindicated in recent days. Not only did India chase down their target on Saturday with seven wickets and nearly seven overs in hand, but there was no sign of deterioration in the surface at Old Trafford, where Australia scored 315 against South Africa but still fell 10 runs short of their target.

After a prolonged period of wet weather, the last couple of weeks have been much warmer and drier, providing groundsmen more time to prepare their pitches. It remains possible we could yet see some of the vast scores predicted ahead of the tournament in the final three matches.

If England are to take advantage of such conditions, it is likely they will rely heavily on their prolific opening pair of Jason Roy and Jonny Bairstow. The pair have recorded 10 century partnerships in 31 ODIs including in each of the last three in which they have featured.

“They’ve done extremely well,” Bayliss said. “The way Jason goes about his batting gives a lot of confidence to the rest of the batting line-up and makes their job a hell of a lot easier.

“Could he feature in the Ashes? I think so. Whether it’s at the top of the order or at No 3. There’s no secret that we’ve been looking for a solid combination in the top order in Test cricket, especially since Alastair Cook retired last year.

“Jason has had success at international cricket and that goes a long way to being able to handle the pressure. I’s a definite option and one we have spoken about around the selection table for the last 12 months or so. I’m quite sure that will be a big discussion point in the next few weeks.”