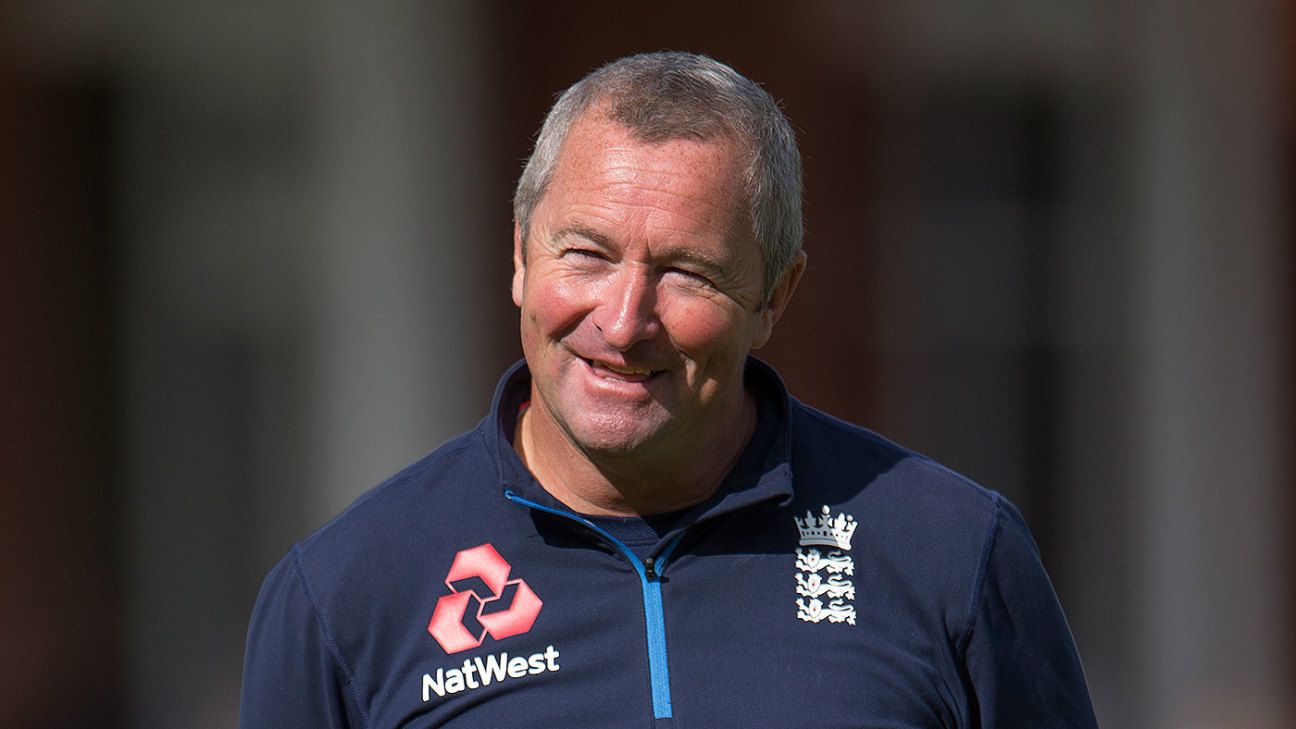 Paul Farbrace, England’s assistant coach, is to leave in the next few weeks to take on the role of sport director at Warwickshire. He will start his new job at the conclusion of England’s Caribbean tour in mid-March meaning he will not be with the team during the World Cup.

Farbrace was a key architect in England’s improved white-ball form. Although he was in position during the debacle of the 2015 World Cup, having been appointed in April 2014, his period as interim coach, between the sacking of Peter Moores and the arrival of Trevor Bayliss, saw England play a far more aggressive style of cricket and results improve sharply.

He previously led Sri Lanka to the World T20 title in 2014 and had spells coaching England women, England Under-19s and Kent. He has also turned down approaches from several counties and at least one country, Bangladesh.

“I have had five fantastic years with England,” Farbrace said. “It has been a brilliant experience working with world-class coaches, players and support staff. I have been fortunate to taste some genuine success and be part of the development of some excellent players, who have the world at their feet this summer.

“There is never a great time to leave an international set-up and despite what will be a fantastic summer for English cricket, the opportunity to shape the future of one of the game’s biggest counties was too much to resist. It would have been tough for me to have turned down the opportunity once Warwickshire showed an interest in me.

“I am very grateful for the opportunity that Warwickshire’s Chairman Norman Gascoigne and Chief Executive Neil Snowball have offered me and I am looking forward to starting a new chapter in my career development.

“Finally, I would like to thank the ECB, and in particular, Trevor Bayliss, Eoin Morgan, Joe Root and Ashley Giles for their support in what has been a difficult decision to make. I wish them every success this summer. I believe they have the right attributes to create history by lifting the World Cup in July and winning The Ashes that follows it.”

While his departure, ahead of a World Cup for which he had been planning for four years, is unfortunate it is not a complete surprise. Farbrace, like several of the other England coaches, was out of contract at the end of September. With no job security and his chances of gaining the England head coach role apparently diminishing – there seemed to be a view that a new voice was required – he has taken the chance to leave. His predecessor was Ashley Giles, who is now managing director of England men’s cricket at the ECB.

“I would like to thank Paul for all his efforts over the last five years as a key figure in England’s success across the red and white ball formats,” Giles said.

“Paul was integral, alongside, Andrew Strauss, Trevor Bayliss and Eoin Morgan, in transforming our white-ball strategy, which has seen us become the best team in the world leading into a World Cup year. His efforts in developing players in the elite environment will benefit him in his new role at Edgbaston.

“He is an ambitious professional and highly regarded and respected in the game and the opportunity at Warwickshire is something that would have been difficult for him to turn down. I respect his desire to take this on and wish him every success in leading the county on their return to the top flight of Specsavers County Championship.

“I will now start the process to find a successor and work closely with our existing set-up to ensure we have everything in place ahead of a busy summer of international cricket.