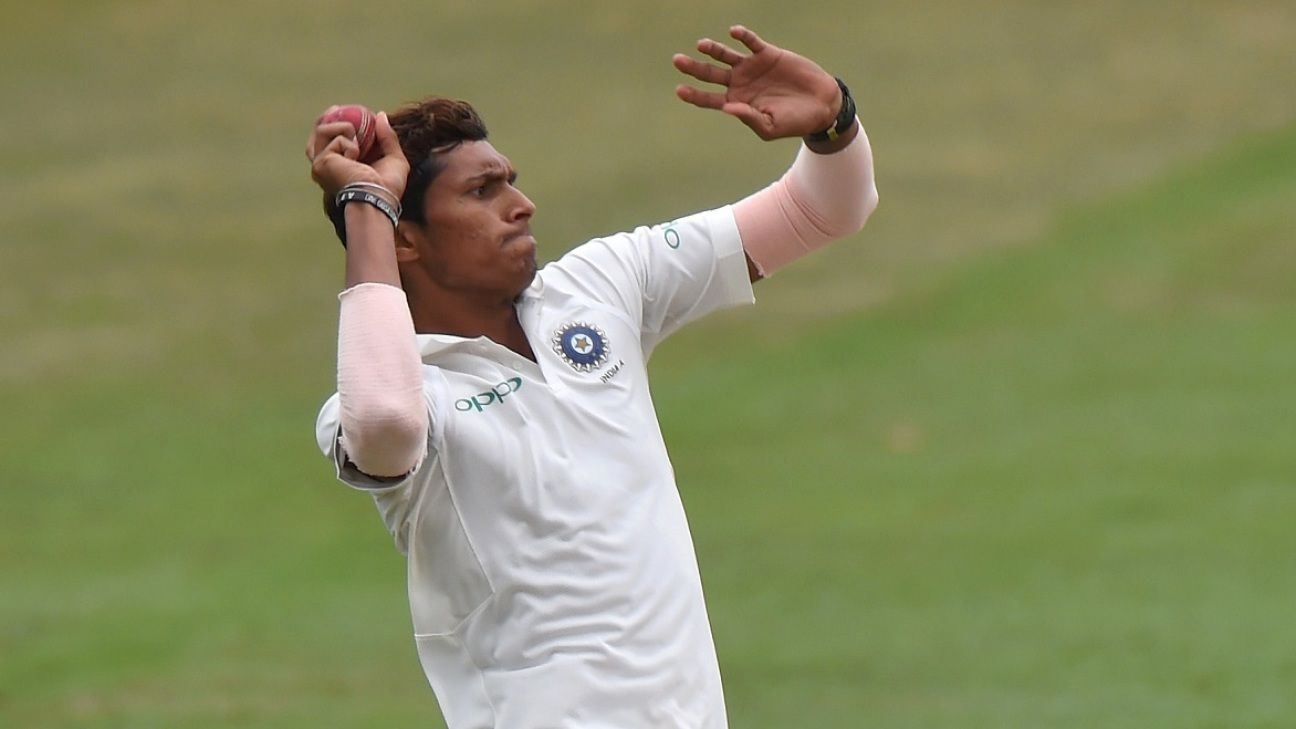 Navdeep Saini and Shahbaz Nadeem picked up three wickets apiece as India A shot England Lions out for just 140 in their first innings on the second day of the second and final unofficial Test, in Mysore.

The English batting slide came after the home side had lost seven wickets for the addition of just 110 runs on the day to finish on 392. Asked to follow on, the Lions got to 24 for no loss when stumps was called.

The Lions didn’t start their first innings too poorly, getting to 23 with Max Holden and Ben Duckett, but once Saini sent Holden back lbw for 19 in the sixth over, the floodgates opened. By the 25th over, Saini had struck twice more, accounting for Sam Billings and Ollie Pope, while Varun Aaron and Nadeem picked up a wicket each to leave the scoreboard reading 76 for 5.

India A started the day on 282 for 3 with Karun Nair and Siddhesh Lad in the middle. Both batsmen fell to Zak Chappell soon after the resumption of play, and it was only because of wicketkeeper-batsman K Srikar Bharat‘s 46 in just 53 balls that they got close to 400.