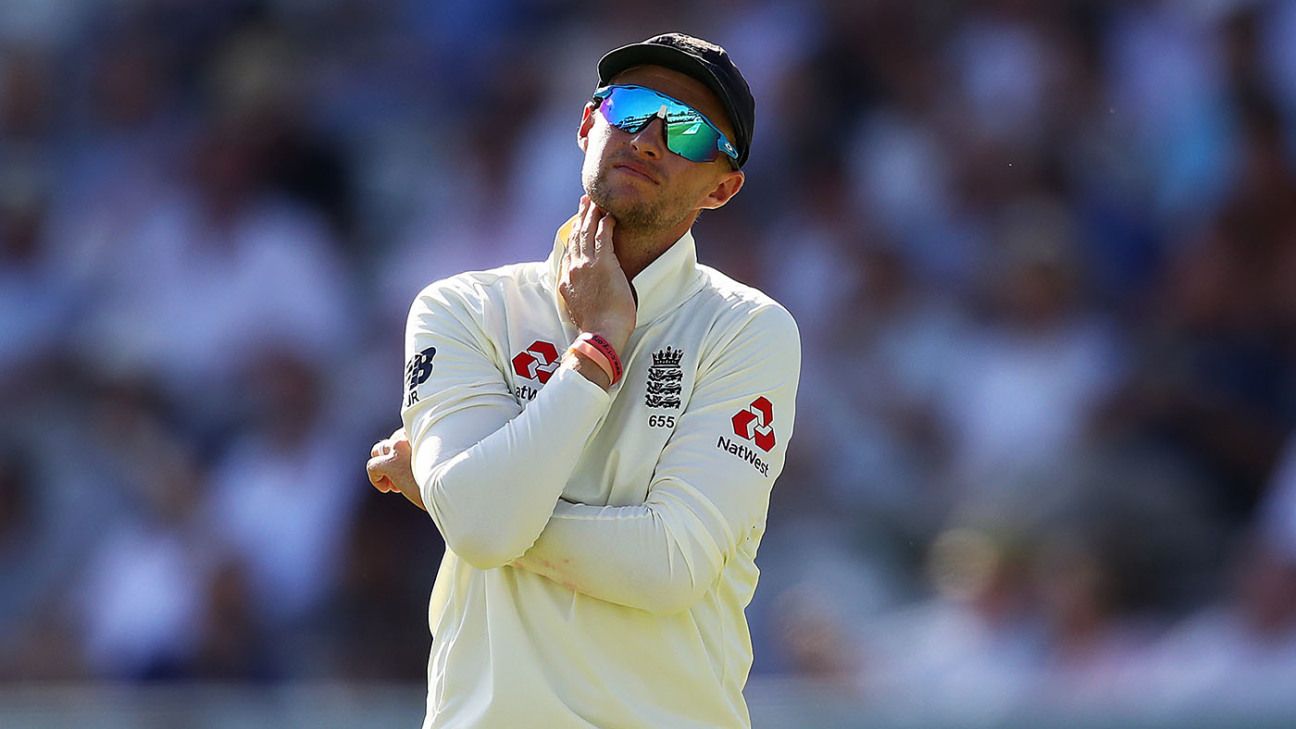 England may use the New Zealand tour later this year to rest players and coaching staff as they seek to reduce the dangers of “burn out”. That could raise the possibility that they may tour with an interim coach and a temporary replacement as Test captain.

England are scheduled to play two Tests and five T20Is in New Zealand during a tour that starts in late October and ends in early December.

But with those Tests not counting towards the World Test Championship and England also scheduled to undertake tours to South Africa – where they will play four Tests, three ODIs and three T20Is – and Sri Lanka – where they will play two Tests – during the winter of 2019-20, Ashley Giles has admitted there may be a temptation to rest the busiest players and coaches.

“We’re not trying to lessen the importance of that series, but it’s not in the World Test Championship,” Giles, the managing director of England men’s cricket, said. “We’ve got a lot of cricket this winter and we need to be careful with some of the workloads. It isn’t part of the Test Championship so we’ll use that series as we see really.”

The World Test Championship (WTC) is launched this week in the hope the added context will increase interest in the longest format of the game. But the series in New Zealand was arranged before the announcement of the WTC and results in it will not accrue points.

Avoiding the burn-out of his players and coaches is likely to be an important feature of Giles’ role at the helm. He admits there is little he can do to change the schedule – financial realities necessitate an almost never-ending tour for England – but reasons that resting individuals can extend their careers.

“We play more home cricket than anyone,” Giles said. “And while there may be some things you can do with the schedule, there are other pressures – money pressures, TV pressures – that make it a very tricky balance. We’ll probably have the same number of fixtures but more rotation of players.

“That puts more focus how we care for players and make sure we don’t get any burn-out. We’ve got to be flexible with the players otherwise we’re going to lose them.

“There was undoubtedly a hangover from the World Cup during the Ireland Test. After the emotional and physical strain of that seven weeks and particularly the final… I worried how we would pick the players up if we lost. Fortunately we didn’t, but heading into a Test match against Ireland a week later was difficult for them.”

England could also go to New Zealand with an interim coach. While Giles admits he has had “some very relaxed conversations over a coffee or the phone” with prospective candidates, he has been keen not to overshadow the World Cup or Ashes preparations with speculation about the new head coach so has delayed a formal beginning of the process.

“It might be a caretaker coach, yes,” Giles said. “I’ve always said if you looked at the World Cup and the Ashes it was far more important for me to have some stability now and less noise and chatter around the new head coach than worrying about someone going in who’s babysitting the New Zealand tour. I’d rather that than everything going on now.”

That caretaker will not be Bayliss, who has already booked his flight home. “I think Trev’s done and I mean that in the nicest possible way,” Giles said. “He may always seem relaxed on the outside but he cares a lot and he’s had some sleepless nights through this summer. He’s a good guy and I think he’s done it the right way. He’s set himself a goal of getting to the end of this Ashes and then letting someone else take over.”

“We’ve got to be flexible with the players otherwise we’re going to lose them.”

One man who could be rested from the Test side is the captain, Joe Root. Root’s appetite for the game – and, in particular, his desire to re-establish himself as a T20 player – have rendered him hard to leave out and he has played every game (expect one World Cup warm-up match) this year.

And assuming he is not another player in line for a rest, that would mean that Ben Stokes, who has been reappointed as the side’s vice-captain, could lead the team in the nation in which he was born.

That would sustain an impressive comeback for Stokes, who missed the previous Ashes series after the ECB decided he should not be selected ahead of his trial for affray. He was subsequently found not guilty and capped a successful return to the side by being named player of the match in the World Cup final.

“I take pride in being vice-captain,” Stokes said. “I love having that responsibility and it is something that I thoroughly enjoy doing. Being part of that think-tank is pretty cool. Playing in an Ashes series is always special and they don’t come around that often.

“I am very good friends with Joe as well, off the field, and as much as I can do to help him through his career, not just as a captain but as a player as well, I am really looking forward to that challenge. Being named vice-captain again was very good words to hear when I got the call.”