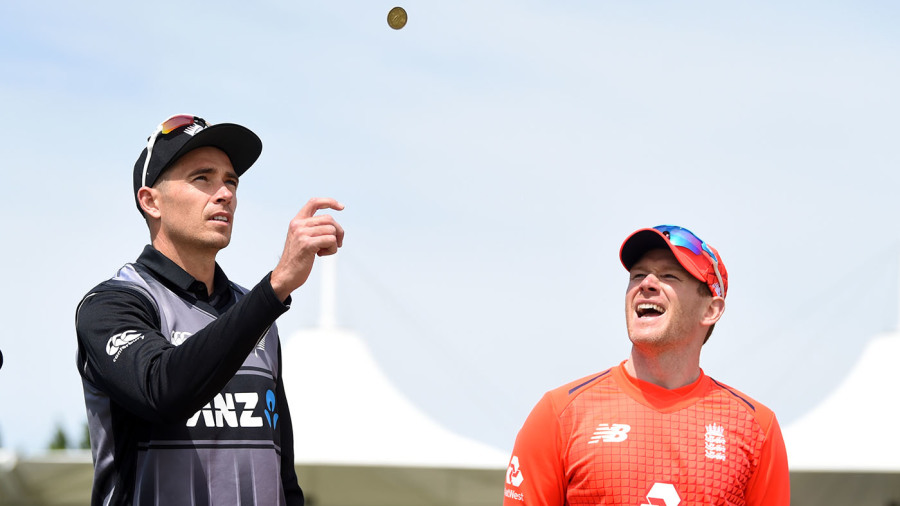 England have picked three debutants in their team for the opening T20I of their tour to New Zealand.

England captain Eoin Morgan won the toss at Hagley Park and chose to bowl first citing what he termed an “extremely good wicket” and the possibility it could prove difficult to defend in the second innings.

With England resting up to seven of their first choice T20I squad, Dawid Malan and Jonny Bairstow will be given the opportunity to open the batting with Sam Billings winning an opportunity with the gloves. The game also sees the Curran brothers reunited in an England side for the first time since the tour to Sri Lanka a year ago.

Although Kane Williamson and Trent Boult are absent through injury, there is a more familiar look to the New Zealand team. Captain Tim Southee agreed the pitch looked good for batting, but felt confident it would not deteriorate during the course of the match.

Despite the inexperienced look to the squad, Silverwood insisted his side could defeat their more experienced hosts.

“These guys have the talent to win the series,” Silverwood told Sky Sports. “I truly believe that.

“We’re in a building phase now. We’re looking to gain more knowledge of players. Hopefully they’ll all get a game on the trip and get some experience under the belt.”