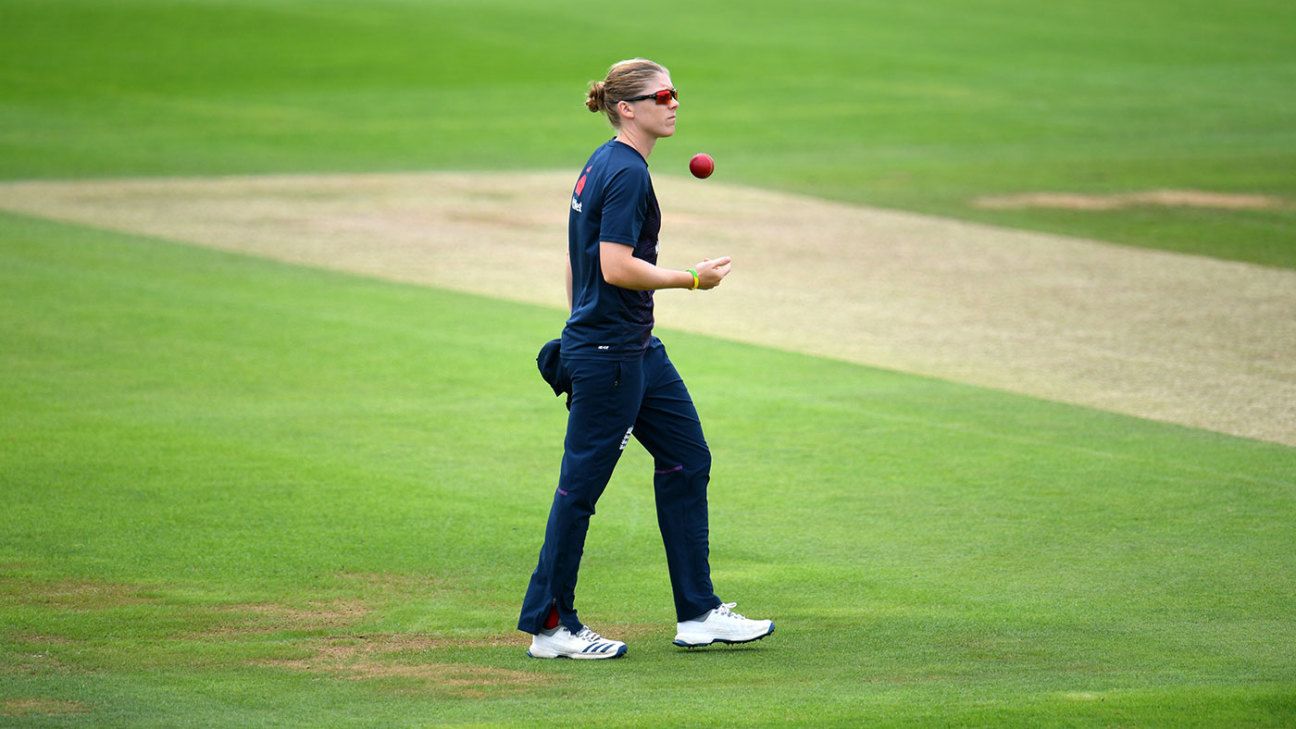 England’s hopes of keeping the Women’s Ashes alive may rest on a turning pitch at Taunton and the two youngest members of their squad. Australia lead the multi-format series 6-0 after winning all three ODIs convincingly and will retain the Ashes if England fail to win the four-day contest, worth four points.

England have drafted left-arm spinner Kirstie Gordon into the squad after her impressive performance for England Academy in the three-day warm up match against Australia. Gordon took a total of eight wickets in the match and may join England’s other left-arm 20-year-old spinner, Sophie Ecclestone, in the XI.

A turning pitch – a regular feature at a ground often referred to as “Ciderabad” on the county circuit – could help England negate Australia’s pace attack, which is likely to include Tayla Vlaeminck, the 20-year-old right-armer, who is widely considered to be the quickest bowler in the Australian squad.

After both captains had viewed the pitch, Meg Lanning described it as “used” and, while this is technically the case, the last time it was played on was the Men’s World Cup match between Afghanistan and New Zealand on June 8. But there were still visible marks on what appeared to be a dry surface and Lanning and her England counterpart, Heather Knight, both expected spin to play a significant role.

“It looks a little bit dry, I think it will generally play okay to start with but obviously we’ll have to see how it adapts as the game goes on,” said Knight.

“There’s the potential it could turn later in the Test which is pretty exciting with both sides going out there to win,” said Lanning. “I think it will be a great contest.”

“We’re happy playing whatever comes our way, I think it will be a really good contest and it will play reasonably well early on, it’s just towards the back end we’ll just have to see how it goes.”

Both sides are keen for a result, and with rain forecast that may be a challenge, but it is difficult to over-emphasise the importance of a decent pitch in a women’s Test. The last time a Women’s Ashes Test was played on a surface conducive to attacking cricket was in January 2014 at the WACA. The previous fixture, at Wormsley in 2013, and subsequent matches, at Canterbury and North Sydney Oval were played on slow surfaces that all too often led to dull cricket.

“We obviously need a result so we want a pitch that will be conducive to that,” said Knight. “But I think the last few pitches we’ve played on have been very flat and slow which haven’t been great for the spectacle and haven’t been great in terms of creating exciting cricket to watch and creating results.

“I think it will be slightly different to that. We’ll obviously have to see how it plays and as a team we’ll have to adapt in terms of how we play our cricket. If you ask me at the end of the four days we’ll see and we’ll have a better reflection on whether it’s a good pitch for four-day cricket or not.

“The last few Test matches haven’t been good as a contest, but I’ve no doubt this match will be different to that,” agreed Lanning.

“We’re ready to play on anything, we feel we’ve got a good attack with the ball, both spin and pace and the batting line-up is really strong as well.”