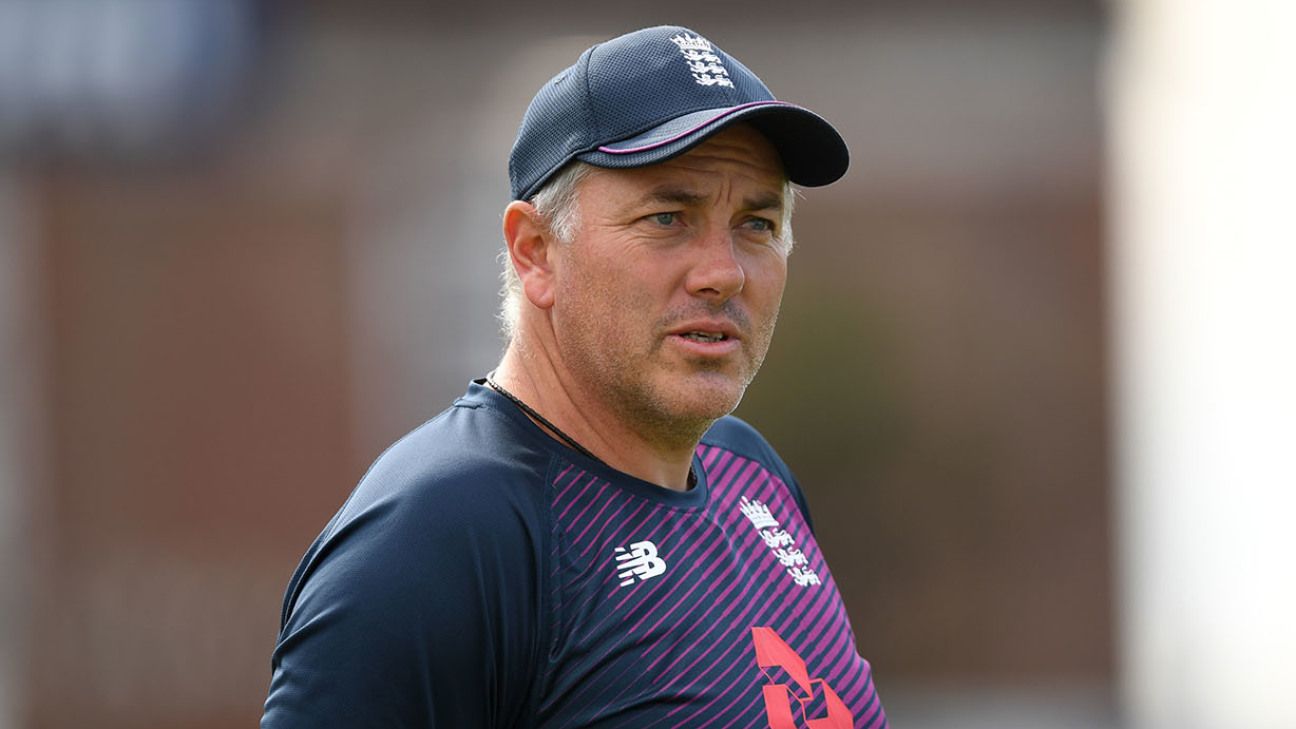 Chris Silverwood has been appointed as England men’s head coach.

The 44-year-old Silverwood was promoted from the role of bowling coach to head coach across all formats, succeeding Trevor Bayliss, who left the post at the end of the 2019 season.

Silverwood emerged as the frontrunner for the job last week after Alec Stewart pulled out of the running and Gary Kirsten was also interviewed.

“I believe he is what we need to take our international teams forward,” Giles said. “He is somebody we know well, but it is his intimate understanding of our structures and systems and his close relationships with Test captain Joe Root and white-ball captain Eoin Morgan that will help us develop our plans for the next few years.

“He has performed exceptionally well during his role as an assistant coach and has the ultimate respect of the players that have worked with him.

“Chris demonstrated in his interview a clear understanding and strategy of how both the red and white-ball teams need to evolve. He has some detailed thoughts on what it will take to win the Ashes in Australia and win major ICC white-ball tournaments.”

Giles also said Silverwood’s relationships with county coaches and directors of cricket would be “invaluable”.

“Having led Essex to the County Championship title in 2017, his legacy is very much in evidence this campaign, which saw Essex win the domestic double of the Specsavers County Championship and the Vitality Blast,” Giles said. “Ultimately, his highest quality is that he is a winner and that will be an important part of the job as we look to strive to become the most respected team in the world across all formats.”

Silverwood’s first competitive series at the helm will be England’s tour of New Zealand, which includes a five-match IT20 series starting on November 1 in Christchurch and two Tests against the Black Caps from November 21.

“I aim to continue the great work that has been done over the past five years and build on our future, especially in the Test arena,” Silverwood said. “I have enjoyed working with the players over the past two seasons, and developing the best crop of talent in the English game.

“I am excited to get started and build teams that the whole game can be proud of. There is a tremendous amount of talent coming through, and there is enormous potential for growth. The hard work starts now, and I am confident we can make a positive impact during our winter tours of New Zealand and South Africa.”

Silverwood became England’s full-time fast bowling coach at the end of 2017, working with the team throughout the past two seasons, including the victorious World Cup campaign.

Silverwood played six Tests and seven ODIs for England between 1996 and 2002 and spent 13 years at his home county of Yorkshire, before three more seasons at Middlesex. In that time, he took 577 first-class wickets at an average of 27.41.

After his retirement from playing, Silverwood joined the coaching staff at Essex in 2010. He was appointed head coach ahead of the 2016 season, leading them to promotion that same season and then on to the Championship title the following year.