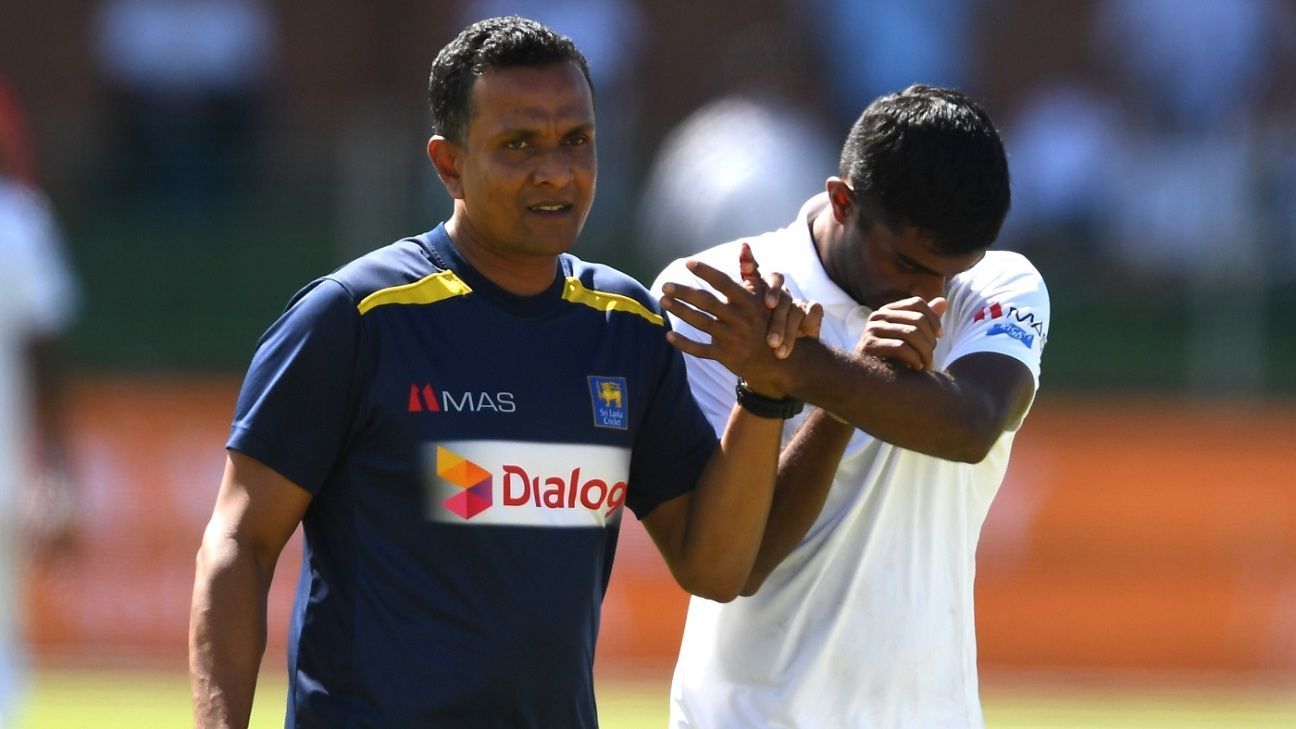 Sri Lanka left-arm spinner Lasith Embuldeniya is almost certainly out of the Port Elizabeth Test after severely dislocating his left thumb while attempting to take a return catch on Thursday, the opening day.

Embuldeniya left the field immediately clutching a warped and bloody thumb, before an X-ray revealed the extent of his injury. It is such a bad dislocation that Embuldeniya will likely undergo surgery on Thursday evening. He is expected to take six weeks to recover fully.

It also appears unlikely that he will come out to bat, in the first innings at least. There is almost no chance that he will bowl.

This is a substantial blow to Sri Lanka’s hopes in the second Test. Embuldeniya, their only specialist spinner on tour, was excellent on debut in Kingsmead, taking a second-innings five-wicket haul. He also batted bravely in the first innings.

With only three frontline quicks playing, Sri Lanka will now have to rely on the part-time offbreaks of Dhananjaya de Silva, and perhaps Dimuth Karunaratne’s gentle seam-ups as well.

Embuldeniya had been bowling his sixth over when Kagiso Rabada struck a ball firmly back to him, at about knee-height. He went down to attempt the catch, but closed his hands slightly early, and the ball struck him on the end of the thumb, jamming it back against the rest of his hand.

The bowler immediately appeared in agony, and gave no further thought to completing the over, rushing towards the dressing room before the physio even had a chance to inspect him. Teammates who saw the injury also recoiled at what was a grisly sight.

Embuldeniya is the fourth Sri Lanka bowler to suffer a series-ending injury over the past few weeks, with quicks Dushmantha Chameera, Lahiru Kumara and Nuwan Pradeep also leaving the team with various ailments.