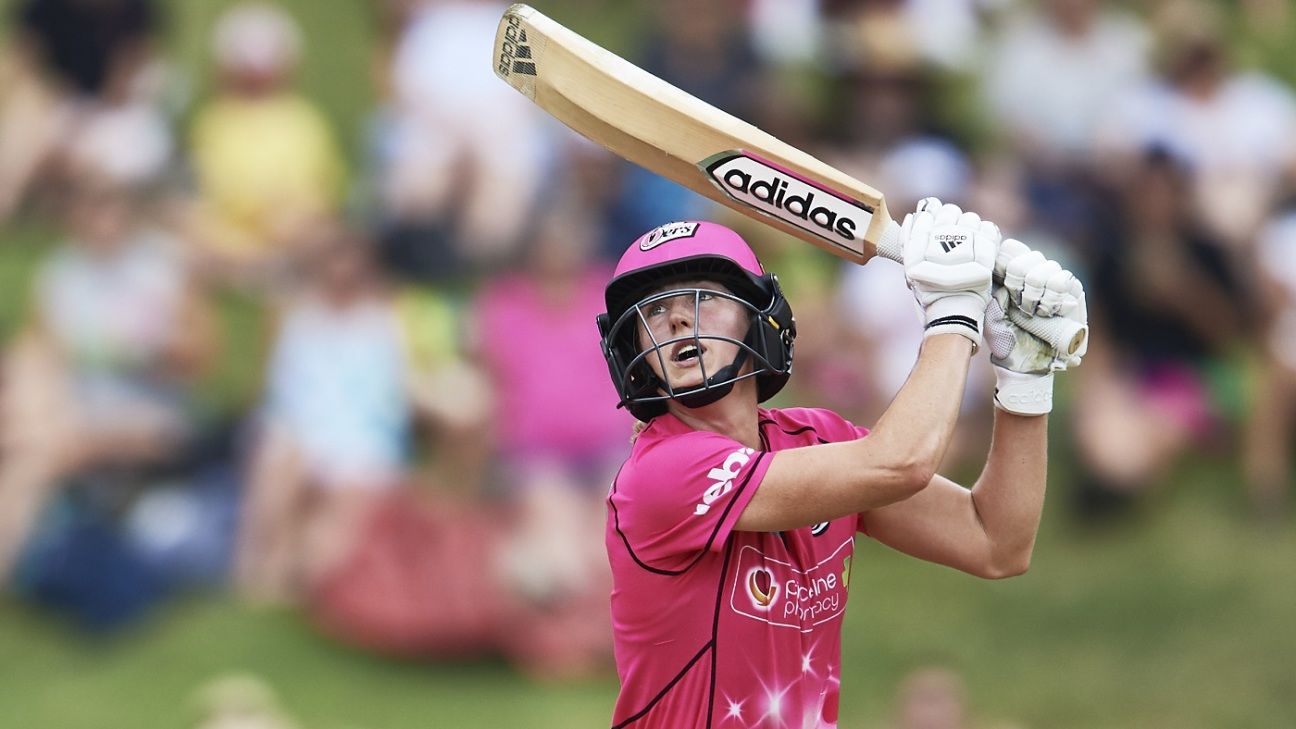 Ellyse Perry, the premier Australia allrounder, has been re-signed by her WBBL franchise, Sydney Sixers, for a further two seasons.

The leading run-scorer in the WBBL, with 2612 runs against her name and 32 wickets to boot, Perry has captained the Sixers since the domestic T20 league’s inaugural edition in 2015-16. Having led them into the final four times, she was also able to lift back-to-back titles in 2016-17 and 2017-18. She also topped the tournament run-chart in two editions on the trot – 2017-18 and 2018-19 – and was named Player of the Tournament in the fourth season for her 777-run tally, the most in a single edition.

A New South Wales native, Perry moved to Melbourne at the end of the 2018-19 season with her husband Matt Toomua, a rugby player who had joined the Melbourne Rebels. Since the 2019-20 season, she has played state cricket for Victoria in the WNCL but whether or not she would move back to Sydney to continue her ties with the NSW-based WBBL franchise, remained a question. However, prior to moving to Melbourne, Perry, in August 2018, had said she has “a lot of very strong ties to the Sixers and, particularly, the coach, Ben Sawyer,” but “probably wouldn’t think about it [the future of her association with the side] until I am off [the Sixers] contract”, which ended earlier this year.

ALSO READ: Ellyse the Incredible from The Cricket Monthly

Speaking of Perry’s resigning, the Sixers’ general manager Jodie Hawkins said, “Ellyse has been a part of the Sixers from the very beginning. She was our first ever ambassador back in BBL01 and joined us as captain in WBBL01.

“She not only plays for the Sixers but is also involved in our program development. We look forward to her not only continuing to play, but also leaving her mark on the Club for years to come.”

Sawyer, too, expressed his delight over the club’s retaining arguably the most high-profile player in women’s cricket.

“Ellyse has been our captain from the very beginning of this competition and we are extremely happy that she has extended her contract with us for the next 2 seasons,” Sawyer said. “On the field, Ellyse has been amazing for us throughout the history of the WBBL, but she is so much more to our club than just her on field performances.

“Ellyse has played an immeasurable role in the structure and philosophy of our club and, along with our other senior players, both Australian and International, has always had our club and it’s long term success at heart.”