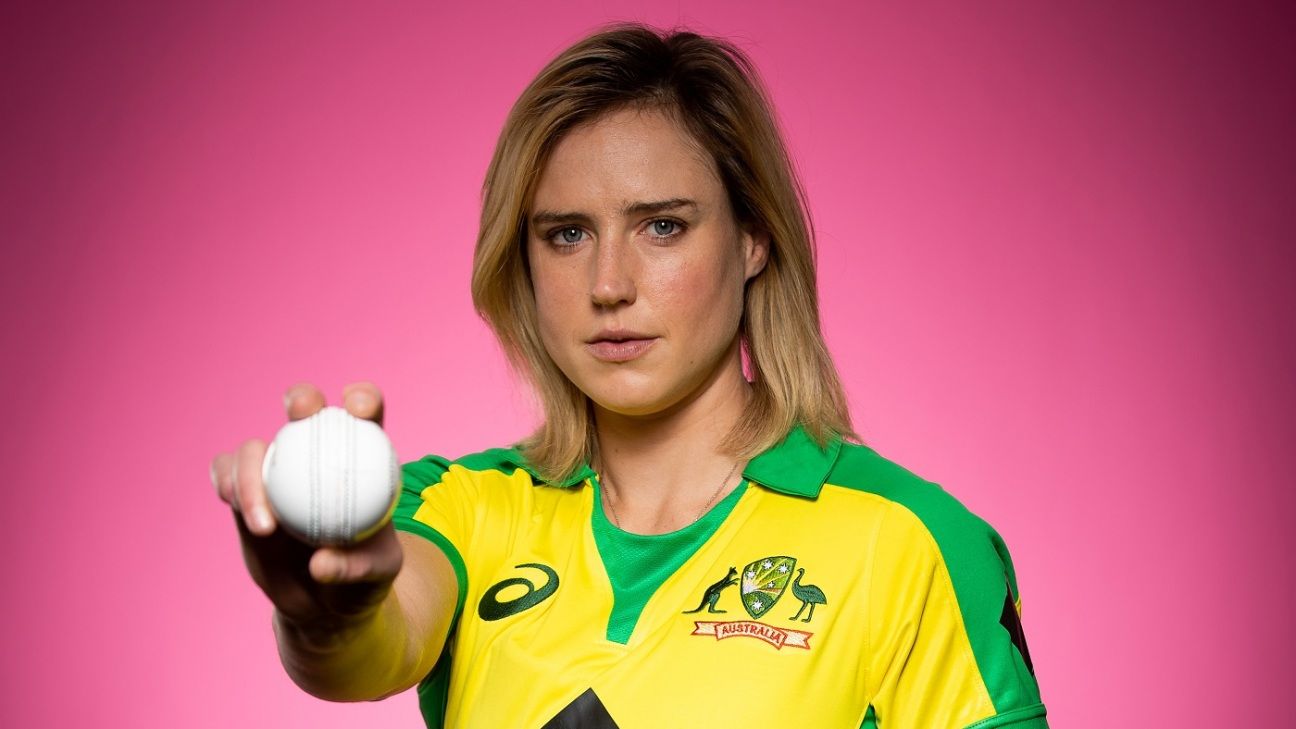 Ellyse Perry, the premier allrounder in women’s cricket, has won two of the three top annual ICC awards for 2019: the Rachael Heyhoe-Flint Award for women’s cricketer of the year and its ODI equivalent. Alyssa Healy, meanwhile, has taken home the Women’s T20I Cricketer of the Year award for the second year in a row. In a sweep by Australian cricketers, Meg Lanning was named captain of the ODI and T20I teams of the year, which included five and four players from the country respectively.

It has been an outstanding year for 29-year-old Perry across formats. She has hit three centuries – one in the Ashes Test and two in ODIs – and averaged 73.50 in 12 50-over games and 150.00 in nine T20Is. With the ball, there have been 21 wickets in ODIs, including a national record 7 for 22 (the fourth-best overall), and six in T20Is. During the course of the year, she also became the first player – man or woman – to complete the milestone of 1000 runs and 100 wickets in T20I cricket.

For Perry, it was the second Heyhoe-Flint award in three years, after she won in in 2017, the inaugural year. She is ranked No. 4 and No. 3 among batters and bowlers in ODIs respectively, and is just outside the top ten in the corresponding charts for T20Is.

“It’s an amazing honour and I’m a little bit shocked, given how many amazing performances there have been across the year,” Perry said in an ICC statement. “It’s amazing to be acknowledged and I do truly appreciate it. It’s a really nice way to finish the year on a personal note.

“It’s been nice to have a chance to tour so consistently with the Australian team. It’s been an amazing year, I’ve really enjoyed all of it and it’s just been nice to be a part of it. It’s so exciting that the T20 World Cup is here at home early next year and with the target of the final at the MCG it could be a really special moment in the game’s history.”

Healy, meanwhile, made the record books when she scored a world record 148 not-out in just 61 balls in October against Sri Lanka, the highest individual score in women’s T20Is. Her century came off 46 balls, the quickest by an Australian man or woman.

“I’m really pumped to be awarded the T20I Cricketer of the Year,” Healy said. “The Australian women’s team had a fantastic 12-month period and we played some really consistent T20 cricket. Whilst the individual award is really nice for me personally, I think it was great to see our team play so well throughout that 12-month period, especially leading into a home World Cup in 2020.”

Perry and Healy featured in both the ODI and T20I teams of the year, too. In the ODI team, the trio – Lanning, the third – was joined by compatriots Jess Jonassen and Megan Schutt, who also figured in the T20I line-up.

Australia are the top-ranked side in ODIs and T20Is, and have a chance to retain the women’s T20 World Cup at home next year. “A home T20 World Cup is an opportunity that doesn’t come along often, but we are looking forward to and embracing the challenge of performing well in front of our home crowd,” Lanning said.

Thailand will be making their debut at a global event, men’s or women’s, at that World Cup, and in a boost for them, Chanida Sutthiruang, their star medium pacer, was named the Women’s Emerging Player of the Year.

India was the next best represented country in the teams of the year, with four players – Smriti Mandhana, Shikha Pandey, Jhulan Goswami and Poonam Yadav – figuring in the ODI XI and three – Mandhana, Deepti Sharma and Radha Yadav – named in the T20I team.