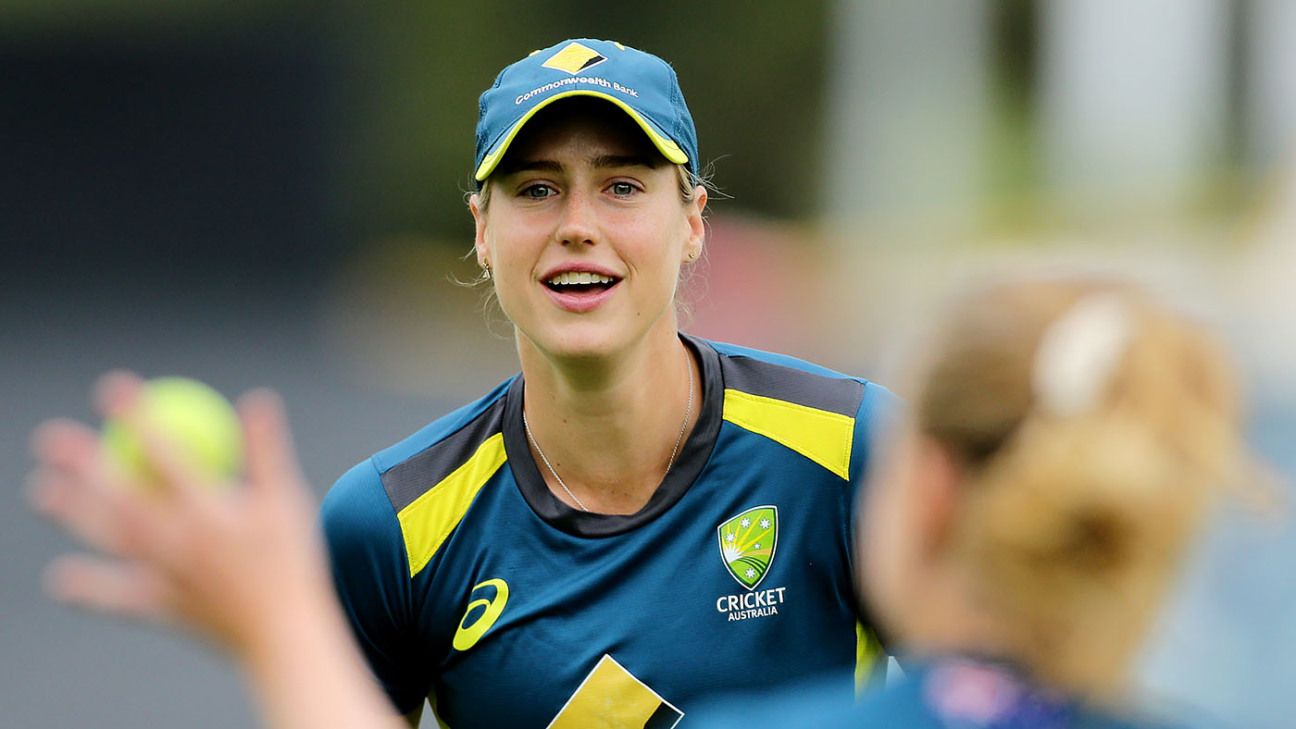 Ellyse Perry’s unbeaten 47 in Australia’s seven-wicket win at Hove made her the first player – male or female – to reach the all-round milestone of 1,000 runs and 100 wickets in T20 international cricket.

Perry had brought up her 100th wicket by dismissing Nat Sciver in the World T20 final in November, and clipped a four off her pads to bring up the 1000-run mark in the closing stages of Sunday’s chase.

Dominant in 50-over cricket, Perry’s record in T20Is has been comparatively modest with the bat, with just three fifties in 60 innings, but she played a composed, measured innings to help Australia chase down their target of 122 with 13 balls to spare.

In characteristic fashion, Perry downplayed the significance of her achievement. “I guess it’s lovely, but I wasn’t aware of it,” she said.

“I actually think in T20 cricket at international level, we probably play it as much as the men, so I have played a pretty big volume of games now – over 100, so I suppose when you’ve played 100 games you might get close to it. That’s probably the only reason I’m there – because I’ve played a lot of games.

“It was really cool to be out there with Meg [Lanning, with whom Perry put on 87]. I really enjoy batting with her and she’s incredible when she’s going. To be at the other end is quite easy really.

“I think those kinds of totals are always tricky chases. You don’t want to be too reckless but you also don’t want to hold yourself back. Once we got settled, it felt pretty rhythmical and obviously Meg is in unbelievable form and she just carried on from where she left off in the last match.”

Shahid Afridi (1416 runs and 98 wickets) had previously been the closest to reaching the milestone, while Shakib al Hasan (1471 and 88) is best placed to join Perry in coming years.

Perry also contributed with the ball, striking with her third ball to dismiss Amy Jones for the fourth time on this tour, despite bowling as few as ten deliveries to her.

And Perry suggested that Jones’ struggles had come about primarily due to pressure and poor shot selection. “Quite honestly I haven’t thought about it,” she said, “and that’s with no disrepect to Amy because I think she’s a wonderful player.

“I’m not sure many of those balls have been particularly good balls. I think maybe – I hope she doesn’t mind me saying – there’s been some interesting decisions and I think she just feels the pressure a bit.

“She’s trying to get things going and it’s been her shot selection to various balls which have got her out rather than my good bowling. It’s been one of those series where we’ve found ourselves up against each other a bit. I’m sure shell get out of it at some point.”

Tammy Beaumont, who top-scored for England with 43, said that Jones had shown she was a “world-class player” over the past two years, despite her struggles against Perry. “She’s a young player,” Beaumont said, “and young players have hard times and you get a lot of low scores, but she’ll come through that because she’s a very good player and I fully back her.”

Australia have dominated this series, leading 12-2 on points going into Wednesday’s final T20I, but Perry suggested that the margin between the sides had been something of a surprise

“The way that we started with the three ODI wins, we were absolutely chuffed with that,” she said.

“England are a phenomenal side and have been dominant over the last five or six years and they’re world champions in the ODI format, so to be in the position that we are with one game to go does surprise me a little bit.

“But I guess it speaks volumes for how much our team has developed over the last six moths and potentially how important our professional setup is back home.”