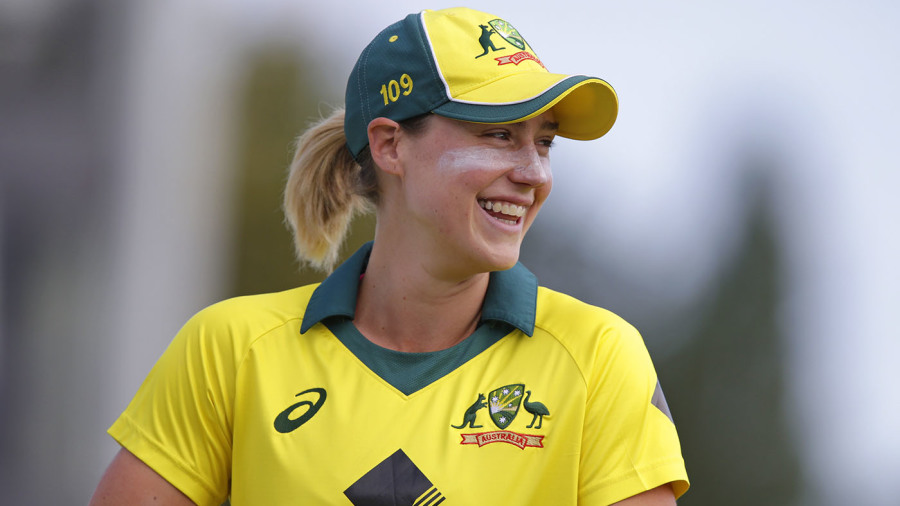 A stunning performance with the ball by Ellyse Perry handed Australia a thumping 194-run victory over England and a commanding lead in their Ashes contest.

Perry claimed a career-best 7 for 22, which surpassed her assistant coach Shelley Nitschke’s 7 for 24 against England in 2005 as the leading ODI bowling figures for an Australian woman and which also put her at No. 4 on the all-time list.

Australia’s victory means they lead England by six points to nil and the hosts must win the four-day Test match, worth four points, starting on July 18, and then win at least two of the remaining three T20s – and lose none – in order to wrest the Ashes from the tourists.

Perry’s devastating opening spell, in which she claimed 5 for 12 off six overs, including two wickets in as many balls and two maidens, ruined any hopes England had of pulling off a record chase of 270 to better their previous best of 243, achieved against New Zealand in 2008. Instead, England found themselves merely clinging on to avoid their worst defeat. It ended up being their second-heaviest defeat as they posted their lowest total against Australia – and third-lowest ever – as they were bowled out for 75.

England’s top order, which – with the exception of Tammy Beaumont‘s glittering century in the previous match – came into the match under some pressure, and they crumbled in the face of Perry’s onslaught.

She struck with her third ball of the day, an away swinger that tempted Amy Jones to send a leading edge straight to substitute fielder Nicola Carey at mid on. Jones had shown good form during the recent series against West Indies, twice threatening to score a maiden century, but her returns so far this summer against Australia have been 0, 5 and 0.

Beaumont could not reprise her previous innings when she fell plumb lbw to Perry, who then had Sarah Taylor out for a duck on the next ball, an excellent outswinger which had Taylor edging to wicketkeeper Alyssa Healy. Megan Schutt chimed in with the wicket of Nat Sciver, another dead-on lbw dismissal.

England captain Heather Knight became Perry’s fourth wicket, caught behind as the hosts fell to 18 for 5. England were 21 for 6 when Perry struck again with another solid lbw to dispose of Danni Wyatt for just one.

Schutt clean bowled Fran Wilson, who arguably carried significant hopes of an England recovery having scored 91 against Australia in a warm-up match the weekend before the series started.

Jess Jonassen snared the last wicket, trapping Laura Marsh lbw, but Perry had done the rest, accounting for Anya Shrubsole – one of only two England batsmen to reach double figures, along with Wilson – and Sophie Ecclestone.

Australia’s total of 269 for 7 was set up by Meg Lanning, who scored 69, and Healy’s 68. Sciver took 3 for 51 for England, who went into the match a bowler down after experienced quick Katherine Brunt was forced out with an ankle injury suffered while celebrating a wicket in the previous match.

Despite needing a mammoth effort and many of their batsmen going into the match under some pressure to score runs, England had no reason to doubt their ability to take the battle to Australia, but Perry knocked the fight out of them.