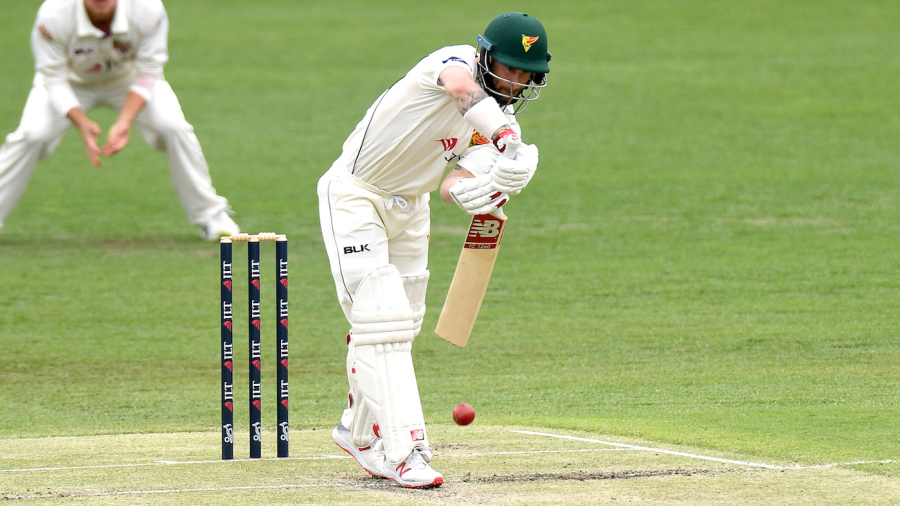 Nothing, it seemed, was capable of stopping Matthew Wade‘s march to a place in Australia’s squad for the Ashes series against England next month.

For even if selectors had doubts about Wade or other team balance preferences concerning the ODI vice-captain Alex Carey as a back-up for the Test captain Tim Paine, the sheer volume of runs he has been churning out in characteristic, punchy style have allowed little room for argument.

However a serious blow to the right arm from the England Lions captain Lewis Gregory, very nearly on the point of the elbow, forced Wade to retire hurt and be sent for an X-ray on day three of a game in which the Australians have steadily taken control.

Play was stopped for several minutes as Wade struggled in obvious pain, and though he played out a few more balls before tea, he did not re-emerge in the evening session. The blow left him with plenty of rehab work ahead to be swinging the bat freely in the crucial final warm-up match between the tourists’ 25 available players in Southampton.

“Matthew went for a precautionary X-ray after taking a blow to his right elbow,” the team doctor John Orchard said. “The X-ray came back clear but he’s probably suffering from a bruised nerve from the impact and his grip strength is impaired. Matthew’ll be reassessed in the morning but it’s unlikely he’ll bat again in this innings. However we’re very hopeful he’ll recover in good time for the Australia-Australia A game next week.”

Hits of this kind can have serious consequences even if they do not result in a fracture, of the kind suffered during the World Cup by Shaun Marsh. David Boon avoided a broken arm when struck similarly by Curtly Ambrose in Adelaide in 1993, but the effect of the injury on the remainder of the match was significant when recalling that Allan Border’s team would ultimately lose by one run, the tightest margin in all Test history.

More recently, Ricky Ponting was hit in a similar region by Kemar Roach’s second ball to him in a Test in Perth in 2009. Though Ponting attempted to soldier on for another 40 minutes, the compacting effect of the blow – later described as being like a piece of meat being tenderised with a mallet – affected Ponting’s batting for much of the rest of the summer.

For Wade, the injury will be another obstacle to join the many he has overcome to get this close to an international recall, a little less than two years after he played the last of his 22 Tests, against Bangladesh in Chittagong. In that sense, it was also a feather in Gregory’s cap, for he had delivered a bouncer both swift enough to have Wade ducking and skiddy enough to prevent him from avoiding it.

The Lions were not without their own concerns – Jamie Porter leaving the field complaining of back spasms, though they had occurred while fielding, not bowling.

There were otherwise a series of cameos from the Australians as they set about adding to a 130-run first innings lead, secured by rolling through the last five Lions wickets for 35 with the help of the second new ball. Chris Tremain nabbed four victims though he was more expensive than the watching selection chairman Trevor Hohns would have wanted; Jackson Bird (3 for 51 from 23 overs) and Jon Holland (2 for 56 from 28) kept things tighter.

Joe Burns was again dismissed cheaply, this time via an outside edge, before Marcus Harris (50), Kurtis Patterson (38), Mitchell Marsh (26) and skipper Paine (38) gave themselves some time in the middle on a drying surface. Aside from Gregory, the most consistent threat was posed by Jack Leach, who turned some balls expansively on a sun-drenched afternoon.