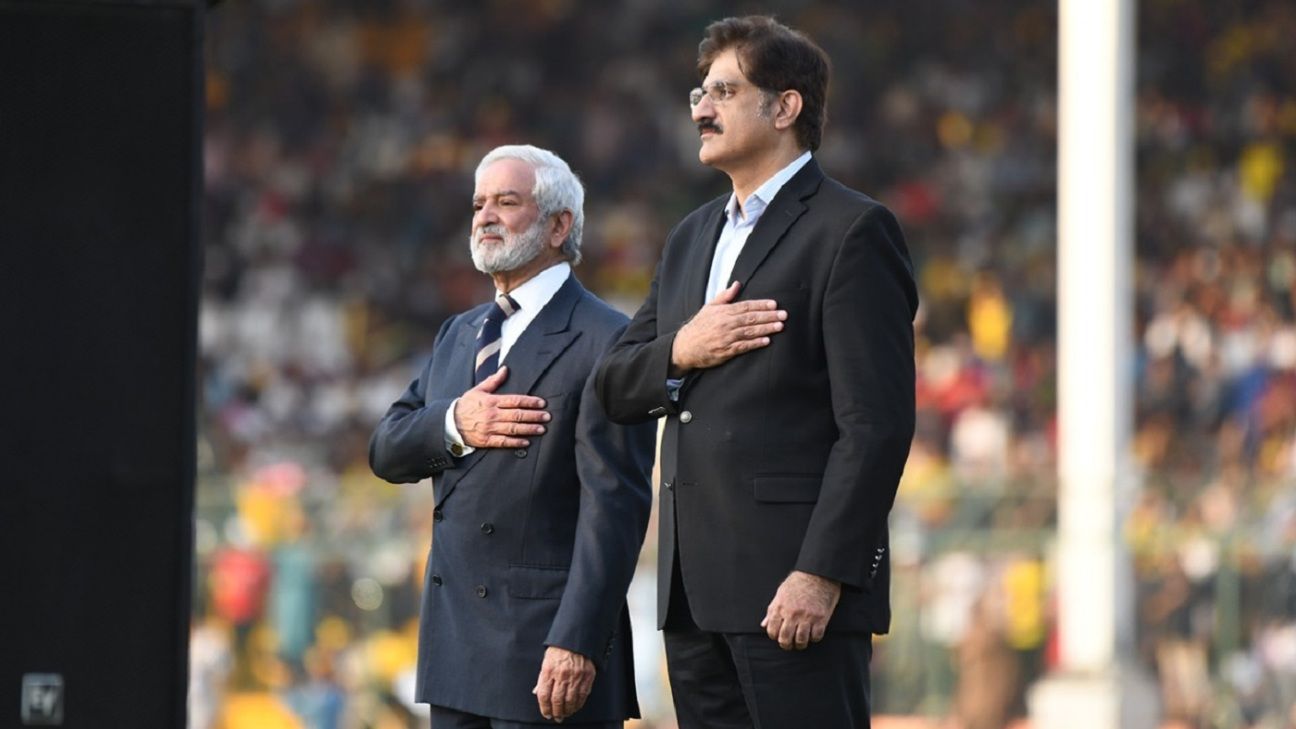 All matches of the next edition of the PSL will be held in Pakistan, and not around UAE, PCB chairman Ehsan Mani said at the opening ceremony ahead of the PSL 2019 final at Karachi’s National Stadium.

“Today for Pakistan, especially for Karachi, it’s a historic day. Since PSL is in Karachi, over 200,000 spectators witness the games at the stadium and millions witnessed on TV and digital platform,” Mani said at the National Stadium, where over 30,000 spectators are attending the final of PSL 2019, between Quetta Gladiators and Peshawar Zalmi.

“We should always remember that cricket is the one game that brings happiness and light in life and this lesson shouldn’t be forgotten.

“The biggest reward should be given to the people of Karachi, the way you people have supported and embraced PSL 4 here in your city. The love and support was extraordinary.

“Finally, I would like to say that all overseas players, officials and technical support teams, you have seen yourself the passion and love for cricket in Pakistan. Next year we look forward to welcome you back with all the PSL matches in Pakistan.”

For the PCB, the PSL, now coming to the end of its fourth season, has been a platform to try and bring top-drawer cricket back to the country. The final of the 2017 edition was held in Lahore, followed by the last four games, including the final, in 2018. This year, the last eight games have been held in Karachi.

Alongside, international limited-overs series against a World XI, West Indies and Sri Lanka have also been held in the country over the past couple of years with considerable success.

The ongoing PSL started in the UAE, where 26 games were played, before the action shifted to Pakistan. Originally, three of the eight games were scheduled to be played in Lahore, followed by five in Karachi, but all games were moved to Karachi because of logistical concerns.