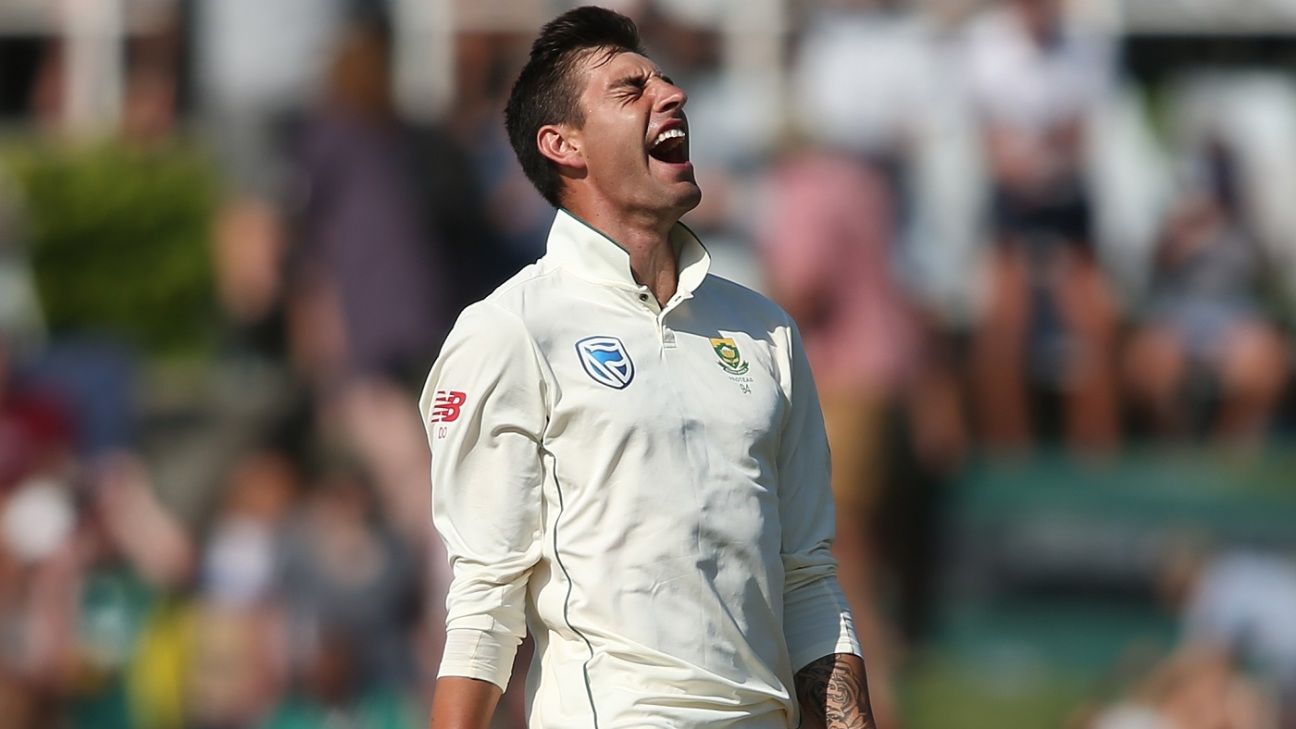 Duanne Olivier was offered a two-year contract as an incentive to stay in South Africa ahead of his decision to take up a Kolpak deal with Yorkshire, Cricket South Africa has revealed after news broke of Olivier’s decision to effectively end his international career.

Olivier was upgraded to a national contract during the current home season, in which he played all five home Tests against Pakistan and Sri Lanka as well as being trialled in the one-day side, and was offered a contract that would have kept him in the national frame until the end of the 2020-21 season.

In a post on Instagram, Olivier wrote that the decision to turn his back on South Africa was “possibly the most difficult … I’ll ever have to make”, adding that he was aware that CSA “might not understand or agree with my decision”.

Sure enough, CSA Chief Executive Thabang Moroe was strongly critical of the decision. “We find it extremely disappointing that Duanne has taken this step after all the opportunities we have given him,” he said, “particularly over the past season and going forward, to live his dream of being an international cricketer.

“He was upgraded to a national contract during the current season on the strength of his outstanding performances in our Test squad and we offered him a two-year contract which would have given him financial security through to the end of the 2020-21 season.”

Moroe also suggested that the current trend of cricketers putting domestic leagues and franchise cricket ahead of national duty is “not good news for the global game”. Forty-two South African cricketers have now opted for Kolpak deals since left-arm spinner Claude Henderson became the first South African to take that route back in 2004.

“If one looks at the bigger picture this is not good news for the global game either that a player who has just broken into the top 20 on the ICC Test match bowling rankings for the first time should opt effectively to bring down the curtain on his international career in favour of playing only in domestic leagues,” said Moroe, adding that Olivier was “not short of opportunity” after the cricket he played this summer.

“We are naturally disappointed with Duanne’s decision to sign a Kolpak contract,” said Gibson. “He has been a key feature for us this summer and was without a doubt one of our standout performers.

“We held several meetings with him regarding his future with the Proteas throughout the summer and even offered him a two-year contract. To see him cut short a promising international career is disappointing. Ultimately, it was a decision we could not control despite our best efforts.”

CSA expects to announce the contracted South Africa men’s and women’s squads for the next 12 months later this week.