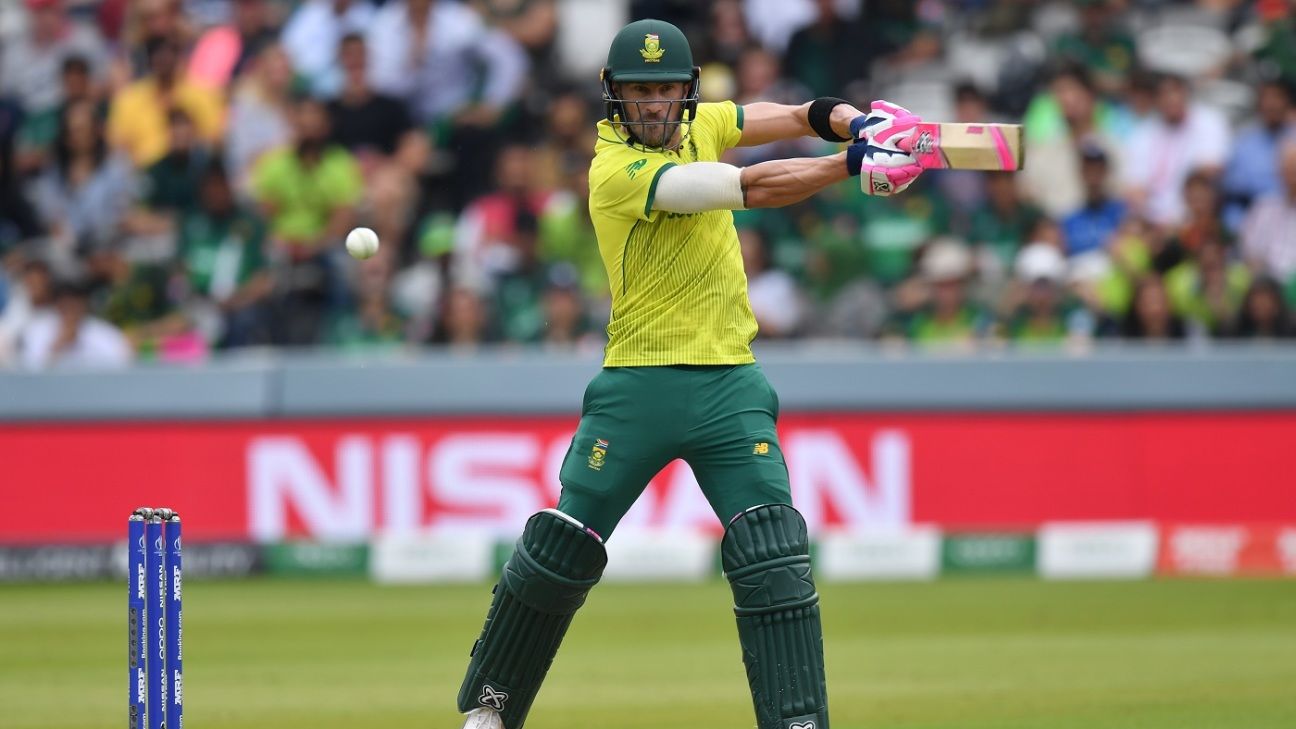 South Africa captain Faf du Plessis has been signed by Belfast Titans for the inaugural Euro T20 Slam that begins next month. Du Plessis was picked as a supplementary player, a week after the tournament’s player draft and will join a team that also includes Shahid Afridi, JP Duminy and Colin Ingram. Du Plessis has previously turned out for franchises in the Big Bash League, the Caribbean Premier League, the Indian Premier League, the Mzansi Super League and the Twenty20 Cup in England.

However, with South Africa set to tour India in September and October, du Plessis may not be available for the whole tournament. The Euro T20 Slam, will be played between August 30 and September 22 in Ireland, Scotland and Netherlands.

Du Plessis had a mixed World Cup. He was South Africa’s highest run-getter in the tournament, with 387 runs including a hundred and three fifties, but the team’s campaign never got off the ground. Early losses put them out of contention for a semi-final spot and they eventually finished in seventh place with three wins in the tournament.