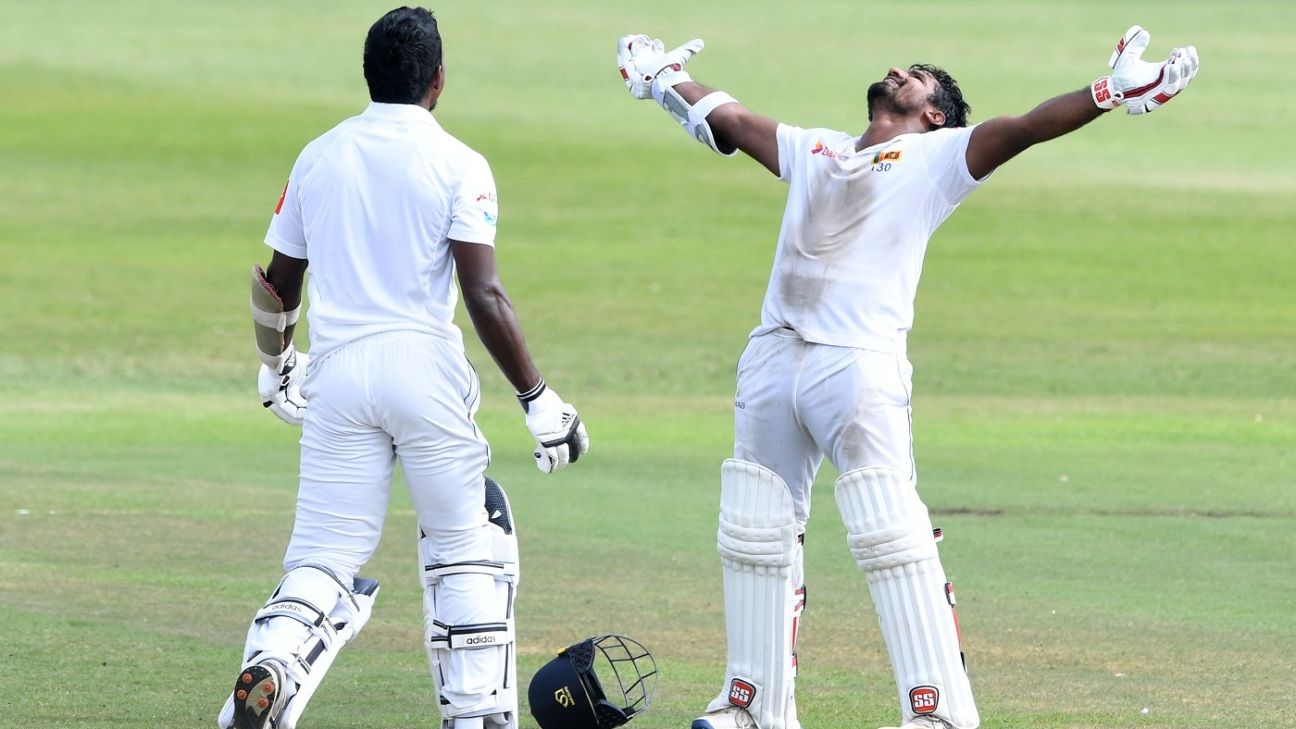 His team ended up on the losing side in one of the most dramatic finishes in recent memory, but after South Africa’s one-wicket defeat to Sri Lanka in the first Test at Kingsmead, captain Faf du Plessis insisted: “This is what Test cricket should be.”

“It should show people, whether it’s three or four or five days, that it is still the number one format if you see games of cricket like this,” du Plessis said. “It’s incredible the amount of times the game goes to the opposition and then comes to you and goes back. It’s always that to and fro. It’s great to be part of an amazing Test match.”

South Africa have won just one Test match in Durban in the last 10 years and after their unlikely one-wicket defeat to Sri Lanka in the first Test, du Plessis also admitted: “We’ve got a terrible record here.”

Du Plessis suggested that conditions might have a lot to do with that, and a pitch he described as “a piece of pudding” arguably benefited Sri Lanka more than it did the home side, offering sideways movement for most of the bowlers but precious little in the way of pace off the pitch.

“The last conditions you want to play Sri Lanka on would be something like that,” he said. “It was a very slow wicket and perfectly set up for them to start their tour in South Africa. The spinner took a five-for, there were slow conditions, Duanne [Olivier] wasn’t as effective because the ball was stopping on a slow pitch.

“But we still have to be a team that is adaptable and good enough to beat a team like Sri Lanka in our home conditions, even if we’re playing on a piece of pudding. We can’t point any fingers. We’ll look at the areas where we need to improve, and that’s more with the bat for me.”

Du Plessis said that his team, having grown accustomed to gritting out runs on “more difficult surfaces” at home over the last two years, should have sensed an opportunity to build bigger innings in this match, but South Africa managed totals of only 235 and 259, with du Plessis top-scoring with his second-innings 90.

“I’m disappointed with the runs that we scored in both innings and I think we were under par with both innings,” he said. “We’ve played on more difficult surfaces for the last two years and scored more runs so I thought there was an opportunity there. That’s more a controllable in this game where we could have been better.”

Their inadequacies with the bat aside, du Plessis was also at pains to emphasise the quality he saw in Kusal Perera‘s innings. Perera shared a couple of match-defining stands, and none more so than the 78 runs he shared with No. 11 Vishwa Fernando. Du Plessis admitted that as the match drew to its thrilling conclusion, South Africa “tried everything and he was just too good for us.”

“I was out there thinking: try all the different tactics, try the spinner, try the seamers, try bringing the field up, try keeping the field out. “He just manoeuvred beautifully with the whole tail and managed to get the strike. He probably faced 90% of the balls when you as the opposition are trying to bowl as many balls as you can at the No 11. When we got the chance to bowl at the No 11 he didn’t nick it. A few passed the edge. It’s very disappointing sitting here but I have to applaud him for a magnificent batting performance.”

Du Plessis brushed off suggestions that his team had folded under pressure, highlighting the moments of luck that both Perera and Vishwa – who played and missed at umpteen deliveries – had during their stand.

“I’m trying to think what we as a team could have possibly done better, but an innings like that is one that will be spoken about for years to come. He took the game on and similar to what Quinton [de Kock] does when he comes in towards the end, he takes a lot of risks. Some days it pays off and some days it doesn’t. To consistently hit the bowlers that we have over the fielders for six … all the risks paid off.

“His consistency in taking risks and weighing up risks, when to do it, was incredible. To hit Kesh [Maharaj] over that long boundary in the middle of an over, he took a lot of risks. And it paid off. He deserves all the credit. We must focus on how good that innings was.

“You’re bowling to one player the whole time and some days you just have to say ‘well played’. It wasn’t through our mistakes. It’s not like we dropped catches when the game was on the line. It was purely a super-human effort with the bat and when that happens in Test, T20 or ODI cricket then that’s got nothing to do with us and pressure. It’s got to do with how someone else plays.”