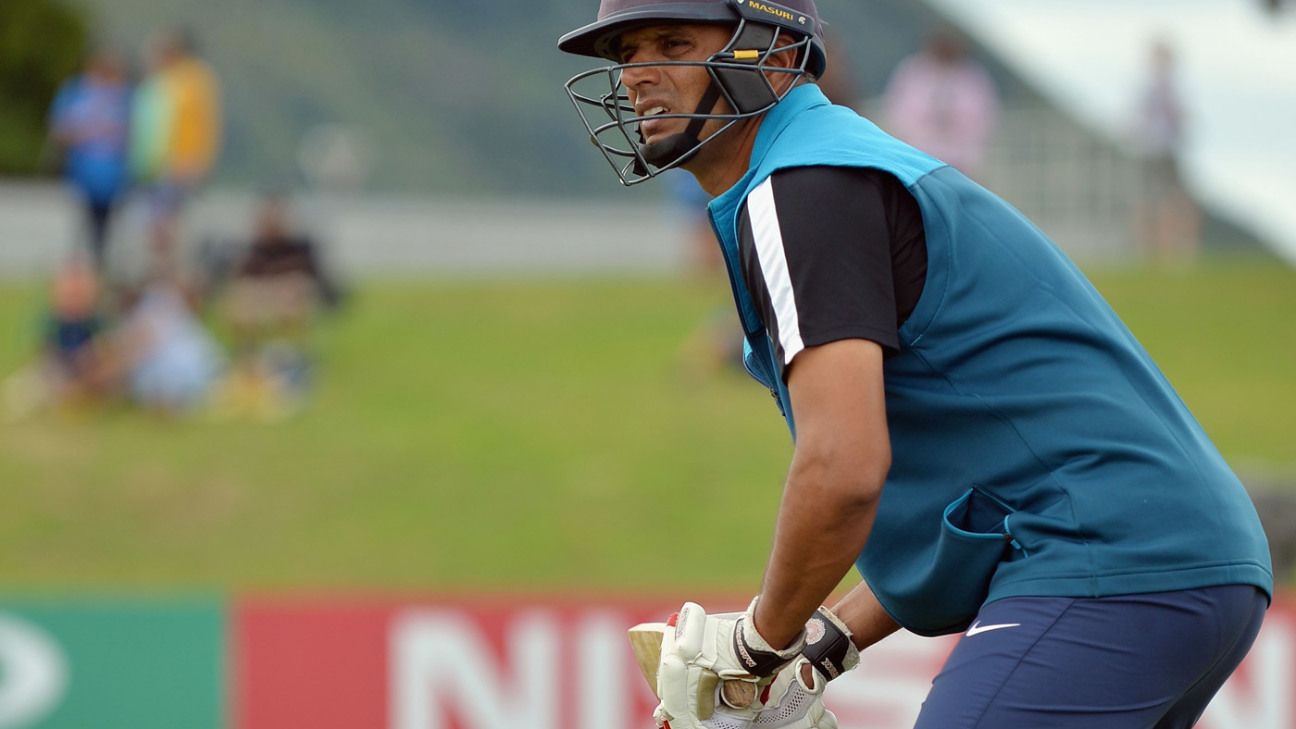 In a bid to expand the coaching staff of India A and Under-19 teams, head coach Rahul Dravid has requested the BCCI to bring former India opener Vikram Rathour and ex-India and Haryana wicketkeeper Vijay Yadav on board. Dravid believes that, with the busy schedule ahead, expanding the support staff would help him not just share the workload but also develop coaches for the future.

However, Rathour’s name has sparked a controversy in the media and a note of dissent from acting BCCI secretary Amitabh Choudhary, who believes it will be a conflict of interest – Rathour is the brother-in-law of former India offspinner Aashish Kapoor, the chairman of India’s junior selection committee.

On January 30, Dravid wrote to Saba Karim, BCCI’s general manager (cricket operations), saying he wanted extra personnel on the coaching staff to assist him in looking after the two teams. Both men had met earlier in January to chalk out a pathway for qualified Indian coaches who could be given work experience at the India A and Under-19 levels. Dravid suggested to Karim that Rathour could join as early as February 13, when India A start their second unofficial Test against England Lions in Mysore.

“With regards to our discussion and plans for short- and medium-terms for India A and Under-19 teams in the pathways programme I do feel that with the upcoming amount of cricket for both these teams it would be beneficial to bring in more support/coaching staff into the system,” Dravid said In the e-mail, accessed by ESPNcricinfo. “It will help us when tours are happening etc.

“Keeping the medium-term programme in mind I would recommend that we bring in Vikram Rathour, who has been a former international player, selector and a qualified coach, into our development programme so that he can work with us and assist us as and when required. My suggestion is that we could start with the second India A Test at Mysore and onto the India U-19 series against South Africa. This will also help us in developing of our coaches which should be an important part of our process. “

Dravid told Karim that upcoming Indian coaches could be hired on a part-time basis to help them understand the dynamics of the coaching requirements at the Under-19 and India A levels. During their meeting, Dravid pointed out that he, along with Paras Mhambrey and Abhay Sharma (assistant coaches for India A), would be increasingly focusing on preparations for the Under-19 World Cup next year, and hence it was imperative to expand the coaching staff. As part of those preparations, the BCCI is conducting a quadrangular series comprising two youth teams from India, along with South Africa and Afghanistan. That series, to be played in March, would follow the two unofficial Youth Tests between India and South Africa starting February 20.

Subsequently, in another e-mail, Dravid told Karim that Yadav should be roped in from the quadrangular series in March. Yadav had already served as the fielding coach of the India Under-19 team in previous Emerging Asia Cup tournaments.

“In addition to Vikram Rathour I would also say we bring in Vijay Yadav to be a part of the coaching staff during the Quadrangular Under-19 series next month. He has been part of the NCA and also Under-19 and India A teams in the recent past.”

Karim, along with BCCI CEO Rahul Johri, agreed to bringing Rathour and Yadav on board subject to the approval of the Committee of Administrators (CoA), the supervisory authority of the BCCI until fresh elections are conducted. Karim also checked with Rathour for his willingness while asking him to disclose any conflict of interest. Rathour is understood to have agreed on Monday, while admitting he was related to Kapoor.

Under the BCCI constitution, the ethics officer is the authority to adjudicate on conflict issues. However, with no ethics officer in place, the CoA will have to decide on Dravid’s recommendations. Vinod Rai, the CoA chairman, said that he would consult his colleague Diana Edulji before taking a final decision. “The appointment has not been done,” he told ESPNcricinfo. “No approval has been given.”

Choudhary, on the other hand, questioned the “process” in hiring Rathour and whether the position he would be appointed to had been advertised. “What exactly was the process that was followed?” Choudhary wrote in an email to the CoA, Johri, Karim and the two other BCCI office-bearers. “Knowing Rahul [Dravid], I am certain that even if he would have recommended a name, he would not have said that processes must not be followed to engage the services of Vikram.

“I also see that the matter of conflict of interest has been raised in the media and I am surprised that this was not known to the person making the decision since the crux of the conflict has been in the public domain at least for the last two-and-a-half years.”

Rai said the reason the job was not advertised was because it was “only part-time and not a full-time appointment so that a process was required.” As for the perceived conflict issue, Rai said he had received Rathour’s reply via Karim on Monday.