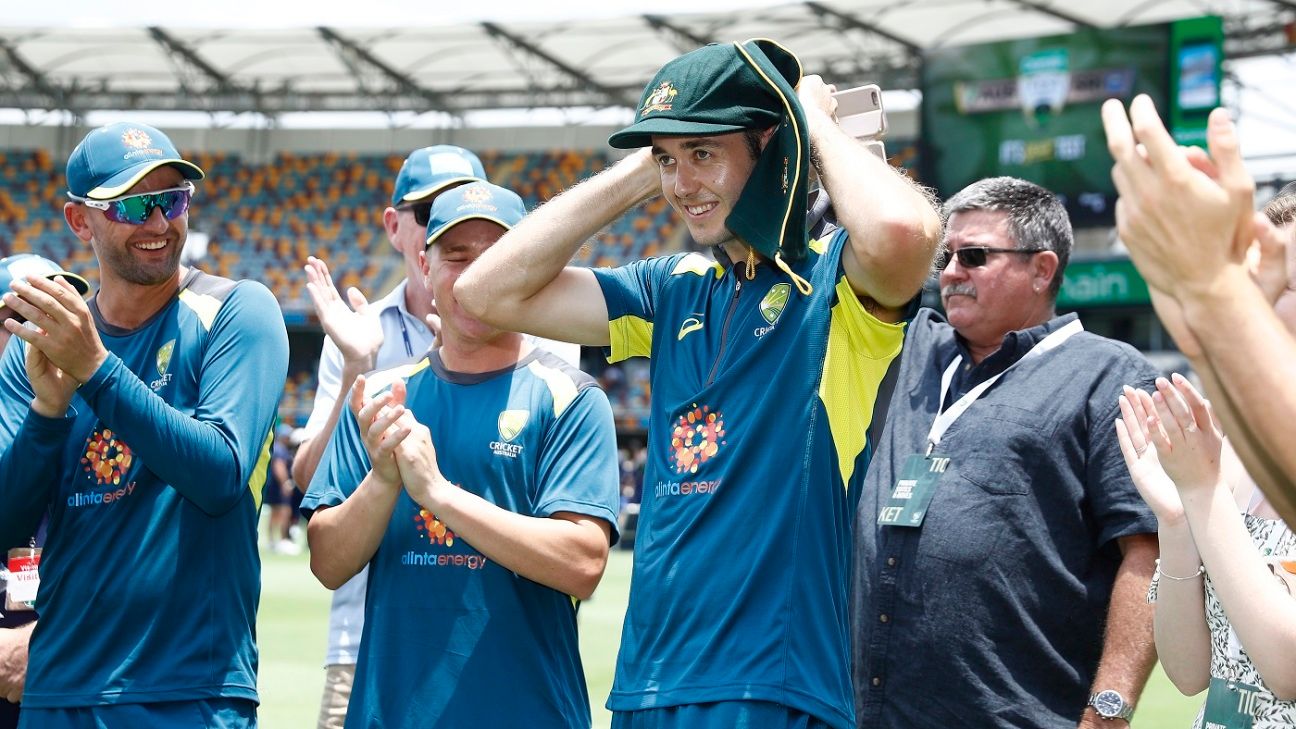 Cricket Australia chief executive Kevin Roberts said the late call-up of Kurtis Patterson for the first Test against Sri Lanka in Brisbane showed “common sense” on the part of the selectors at a time of lean batting resources.

Patterson was brought in three days before the Test following twin centuries in the tour match in Hobart and was then preferred in the final XI to Will Pucovski, who had been in the original squad that had been named in advance of the Cricket Australia XI contest.

Jhye Richardson was also elevated above a long-term squad member in Peter Siddle to win his maiden Test cap and claimed 3 for 26 on the opening day at the Gabba.

“They responded with flexibility and common sense to include Kurtis Patterson,” Roberts told SEN radio. “Not everyone will agree, but in these times it was really fair and expressed common sense to make that addition.

“Going forward, it will be really interesting to sit down with the selectors and hear their thoughts about the longer-term future”

“It’s a very hard job being a selector right now. In years gone by, let’s be open, we have had more batters putting their hands up in previous decades. We haven’t had that upward pressure recently and as much as we may have 25 million selectors in Australia, it’s a very difficult job for the three charged with that responsibility.”

Balancing the short and longer-term objectives remained a challenge, with Roberts acknowledging that the team had not been winning as often as would be ideal, but he had full confidence in the direction coach Justin Langer was taking the side.

“He’s in a really, really challenging position rebuilding this team, making sure everyone around the team is living the players’ pact,” Roberts said. “Our goal will always be to win, but our non-negotiable expectation is to compete with respect. Are we winning as frequently as we’d like to just now? No. But Justin is doing a really good job in challenging circumstances. We owe Justin a lot of support.”

Langer will soon have a new figure overseeing his role, with Roberts confirming progress was being made in finding the replacement for Pat Howard as high performance manager.

That role will be filled after the new chief operating officer is confirmed, and despite criticism of Howard’s non-cricket-playing background, Roberts indicated the job would not go to a former player.

“What we need is the best possible person to lead the national performance system,” he said. “It’s easy to get caught up in a bit of mystique around these roles but at the end of the day it’s about developing teams in the short term and long term.”

On the domestic front, Roberts admitted the pitches at this year’s expanded Big Bash League had been a concern, but was not worried about the lower average attendances, instead citing increased TV viewership for the competition, which won’t finish until mid-February.

“The bigger challenge in the Big Bash this season has been the pitches and we’ve seen less matches early in the season where you have 175 playing 170. The playing conditions are very important. Fans want high scoring close matches,” he explained.

“I’m really happy we’ve taken the game to the people, that does come with reduced crowds. And when you expand a season, you can’t expect to retain the average. Importantly our viewership is up per match. It’s not without its challenges but we’ll work through that and learn as we go.”

One of the challenges has been recruiting and retaining big-name overseas players with a number opting for the shorter and more lucrative Bangladesh Premier League. Roberts said the BBL salary cap would be discussed, but added that any increase for the league would need to see a trade-off elsewhere.

“It’s certainly something we’ll keep an eye on over time. We need to be competitive in terms of player payments and really ensure we cement the BBL in the top two domestic league in the world and the WBBL as the best women’s domestic league,” he said.

“Player pay, it’s a challenging topic, there are people on different sides of the debate, because if you are paying the players more in one format, you need to reduce it in another typically. That’s all very delicate.”