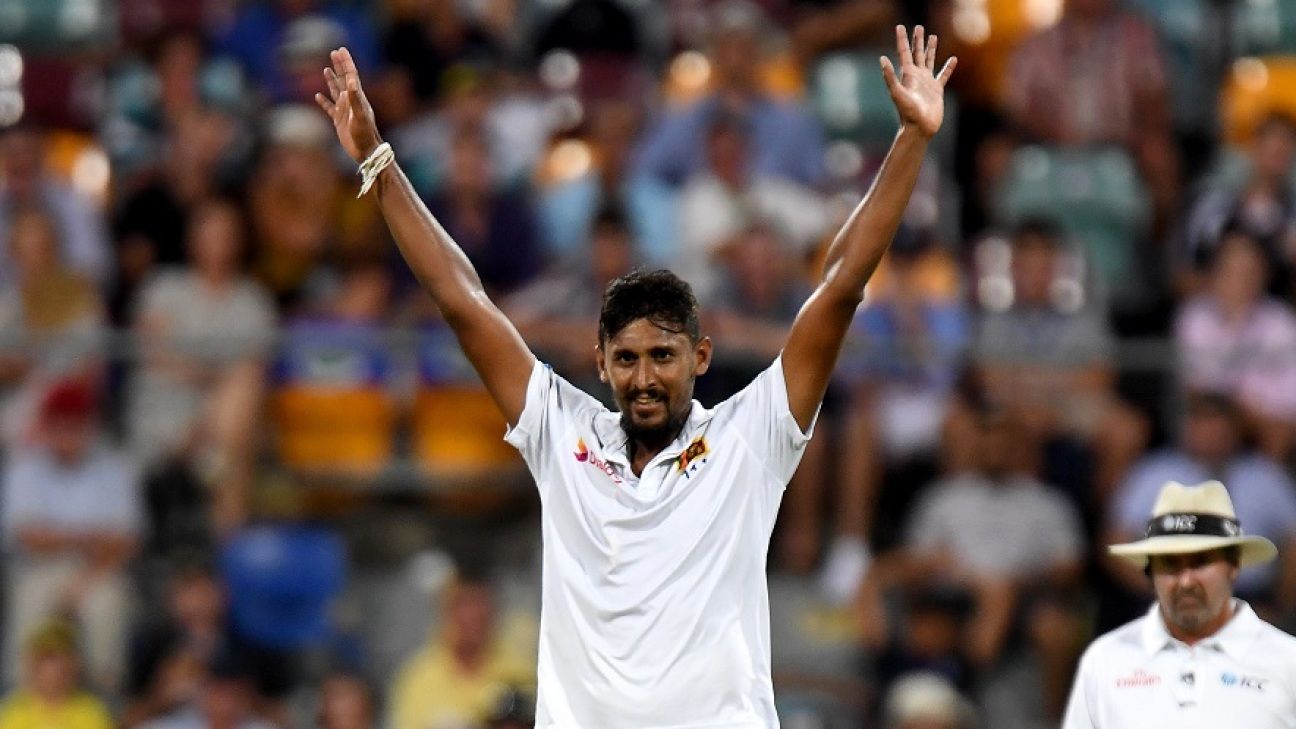 If Sri Lanka didn’t have enough problems to deal with concerns emerged over the fitness of Suranga Lakmal, their leading seam bowler, on the eve of the second Test in Canberra with him suffering from a stiff back.

Already stripped of three pace bowlers originally in the squad – Nuwan Pradeep, Lahiru Kumara (both hamstring injuries) and Dushmantha Chameera (ankle) – they now face making a late call on Lakmal who was a shining light for Sri Lanka in Brisbane as he claimed 5 for 75.

That followed a five-wicket haul in his previous Test in Christchurch as he shoulders the burden of leading the pace attack. Sri Lanka desperately need him to be fit if they are to compete in Canberra, but will also need to be mindful that there is the tour of South Africa to follow.

“We are monitoring his situation,” captain Dinesh Chandimal said. “No decision as yet whether he will be available.”

Chandimal confirmed that Sri Lanka would retain the same balance to their side with seven batsmen including wicketkeeper Niroshan Dickwella, who was one of the few players to stand up in Brisbane, and a four-man attack of which three would be pace bowlers.

If Lakmal was ruled out that would open up a debut for the uncapped Chamika Karunaratne who only arrived in Australia yesterday with Kasun Rajitha and Vishwa Fernando already earmarked to come into the side.

“It’s disappoitning that we lost Lahiru Kumara and Dushmantha Chameera after the first game. We had big hopes on them,” Chandimal said. “Chamika Karunaratne turned up yesterday and we hope to play three of the four seamers on tour.

“We are playing seven batters and four bowlers. We have to play positive and we need four bowlers to win a game. We have to take more responsibility as a team. We have to score 300 runs batting first if we were to win a Test match. This Test match I hope all the players will focus on what is required.”

There are a host of off-field issues in Sri Lankan cricket at the moment ranging from the ongoing corruption investigation to coach Chandika Hathurusingha being removed as a selector-on-tour and Thisara Perera’s arguments with SLC following a social media spat with the wife of Lasith Malinga.

“It’s a big challenge for us as players,” Chandimal said. “Whatever happens off the field we need to keep aside and control what we can control. We know that quite a few things are taking place and we are discussing how to sort these issues and play our best.”